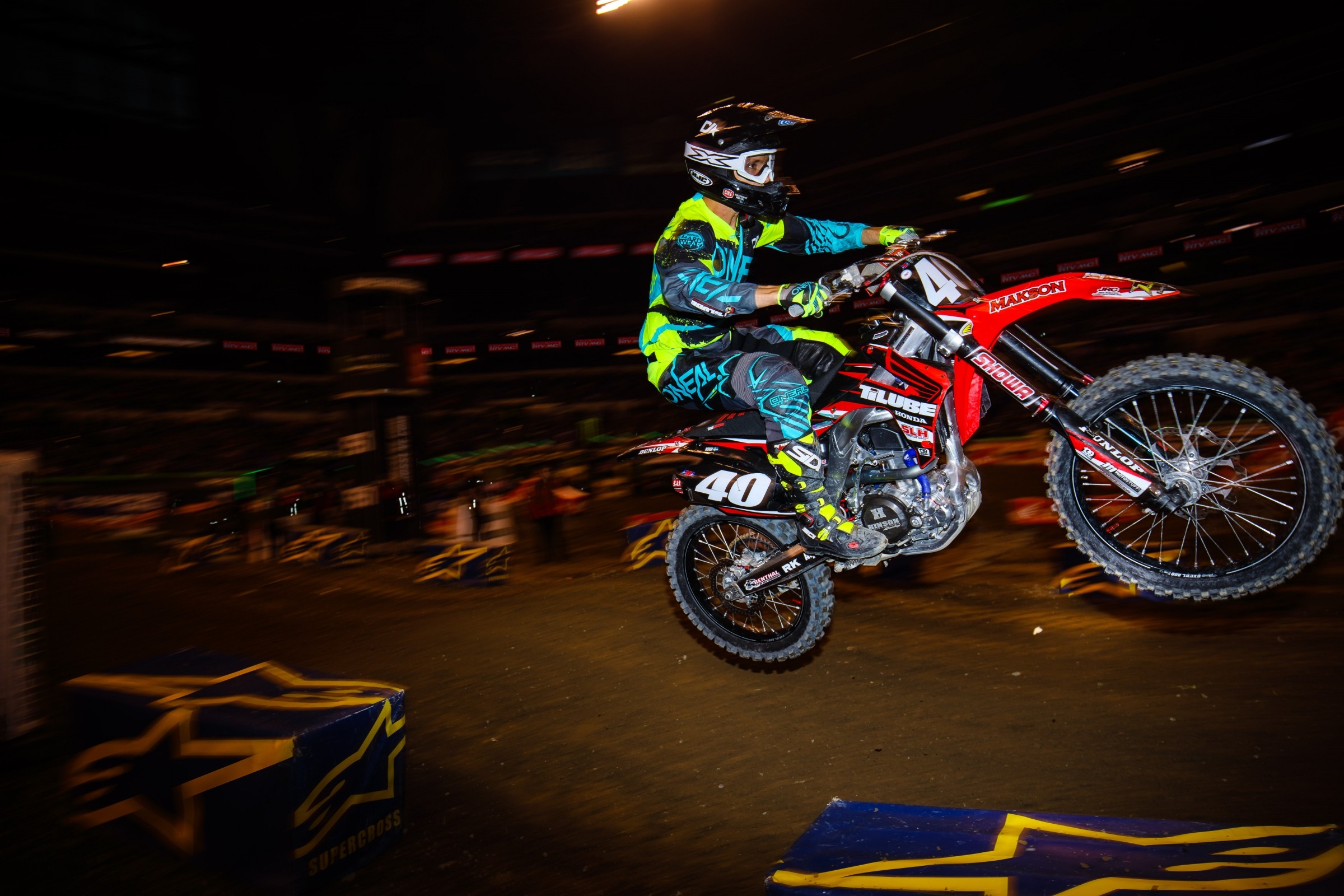 Unfortunately for Fredrik Noren, he is in familiar territory. Around the middle of April, when most riders are starting their testing for Lucas Oil Pro Motocross, he still didn’t even have a bike to ride for the summer. The TiLube/Storm Lake Honda team he rode for during the supercross season is a supercross/arenacross only team so he won’t be getting much help there, and the Honda HRC team that he’s filled in for in the past is currently all stocked up with Cole Seely and Christian Craig who’s filling in for the injured Ken Roczen. (Noren said he never actually asked anyone at Honda if they had a fill-in spot for him, but he still has a solid relationship with everyone over there and they know he's available.)

So where does he go from here?

First he needed to find a bike to ride, so he turned to his good friend, and former pro, Chris Cole. Noren first met Cole last summer when Cole and a friend reached out to him to help with his program, and they’ve stayed good friends ever since.  After some back and forth, Cole decided to purchase a new 2017 Honda CRF450R for Noren to practice on for the entire season, and then the bike will go back to Cole’s son once the season is over. Noren said he picked up the practice bike on April 18, which gave him just 32 days to get used to it.

Up until recently, that borrowed bike was the only thing he had to use for the season, until a company called Precision Site Work stepped up to offer some help.

“They’re buying two more bikes for race bikes now, which is super cool and nice, whenever people reach out and try to help, it’s nice. The race bikes are coming together as well and like I said, it’s not enough time, but we’re getting everything figured out.”

Using the connections he’s made here in the U.S., Noren is getting some help from Showa and his engines are being done by Buddy Brooks, so he’s expecting his bikes for the season to be pretty competitive.

The other huge hurdle he had to get over was, how are him and his wife Amy are going to get to the races? He plans on doing all 12 rounds of the Lucas Oil Pro Motocross Championship, so this summer will include a lot of traveling. In the past he's driven to most of the rounds, but this season he’s opting to fly to the races after the series leaves California because he doesn’t have a way to pull his RV around the country, so it will stay parked in South Carolina.

“We can’t move it because we don’t have a truck to pull it with, which is kind of funny. We’ll do [drive to] the first three rounds and then after Colorado [Thunder Valley] we will drive back to South of the Border MX and try to start flying in and out from there, and try to get my bike on somewhere so I don’t have to drive or anything like that. It makes it too hard, being on the road and racing and finding practice tracks.”

During these weeks of testing and for the first three rounds Noren is bunking up with Cole and his family, so things are looking pretty set for the beginning of the series.

While all this seems to be coming together very last minute, as it does for many privateers, Noren is feeling good and expects to be competitive. “I’m not too nervous or concerned about anything,” he said. "All we can do is the best we can. I’ve got a great group of people behind me.”

His previous results at the Nationals have been good, finishing 10th in the championship in 2014, ‘15’, and ’16, and he’s flirted with finishing in the top five a few times in his career, his best finish being a sixth last year at Unadilla.

If you would like to help out with his program this summer you can visit his website or email him directly at norenmxracing@gmail.com.