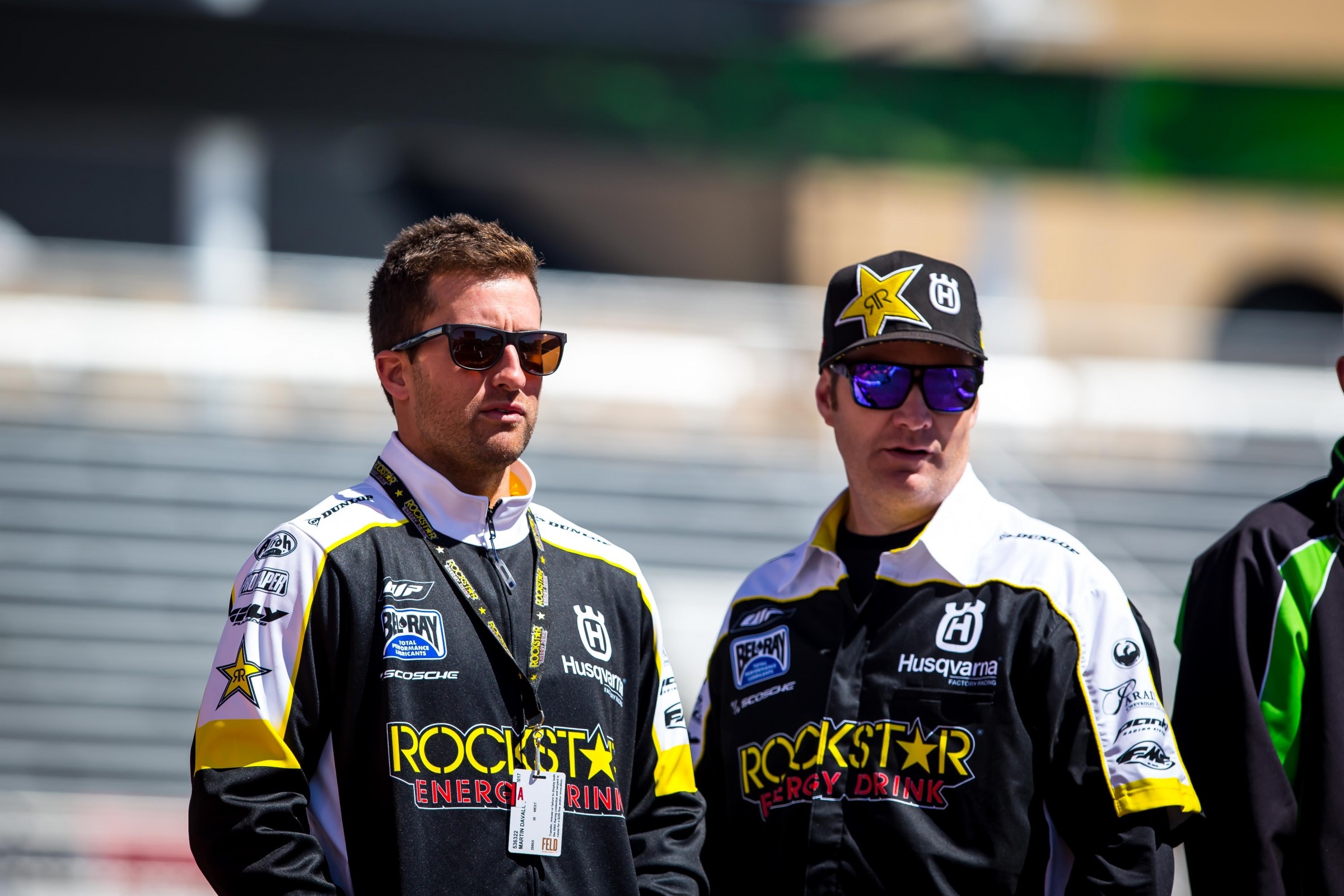 Well, there goes all that math. Two weeks ago our Aaron Hansel penned his annual “pointing out” column for the 250SX Class of 2017, based on the existing AMA/FIM supercross rulebook. The basic pointing out rules? Riders who scored solid points (135 in a nine-round season, 120 in an eight-race season, 105 in a seven-race season,) for three seasons in the 250 class had to move up to the 450s.  Also, winning a title and completing three seasons in the class forced a rider to the 450s.

Then, new rules were announced just before the Salt Lake City Supercross, effective for the 2018 Monster Energy Supercross season. None of these riders will now be forced to the 450s next year.

In an AMA bulletin released Friday, April 21, the three-seasons-over-points-threshold rule has been changed to four seasons, which gives Davalos and Savatgy an additional year of eligibility.

This makes Hill eligible to come back and defend his 250SX West title next year. He has not reached the points threshold in four seasons. Same thing if Smith or Osborne wins the 250SX East title this year.

Also, one other classification:

c. A rider must earn at least five points for it to count as a season.

There was some controversy a few years back when Marvin Musquin and Wil Hahn were battling for the 250SX East Region title. It was Marvin’s second full season in the class, but he previously qualified for a main event one other time as a young GP rider just giving supercross a try. Some were wondering if that counted as “a season.” Under this new clarification, it would not, because he didn’t score five points. We don’t see how this really matters, though, because now a rider must win the title and make it over the points threshold four times to be moved up. The old rules simply counted total seasons, the new rules only count seasons where the rider went over the points threshold.

For certain, this makes life easier on these 250 riders, who were about to enter the silly season bloodbath that is getting a full-time 450 ride.

Looking at the current racing landscape, though, we believe the real winners are existing 450 racers who would be competing for 2018 rides against the 250 graduates. As an example, if both Hill and Savatgy had been forced to the 450s for 2018, Monster Energy Kawasaki (the 450 team) would have some big decisions to make. Would they have replaced Josh Grant with one of the new guys? Now they won’t have to.

What if Osborne and Davalos had to move up? Would this endanger Dean Wilson’s spot at Rockstar Energy Husqvarna. We know Savatgy is tight with Yoshimura/RCH Suzuki co-owner Ricky Carmichael—he’s been training at Carmichael’s farm for a number of years. Would RCH have grabbed Savatgy for a 450 slot, and bumped Broc Tickle or Justin Bogle out of a ride?

Not a problem anymore! Of course, all of these riders are welcome to move to the 450 class if they want to, and Hill has repeated over and over he would much prefer to race a 450. He’s earned a chance to do it, if a 450 ride doesn’t materialize, he’ll be back running a number-one plate next year.

It does seem a little suspicious that the rules changed in a season where so many riders were about to get forced up (Savatgy, Davalos and Hill, for certain, and possibly Osborne or Smith). However, the old rules were drawn up for 2007, and the AMA said they wanted to stick with them for at least 10 years. So they’ve done so by waiting until 2018.

By the way, these new rules are only effective as of this season. Previous riders who were forced up, like Malcolm Stewart in 2016, are not allowed to move back down to the 250s.

You can read the entire AMA bulletin here.