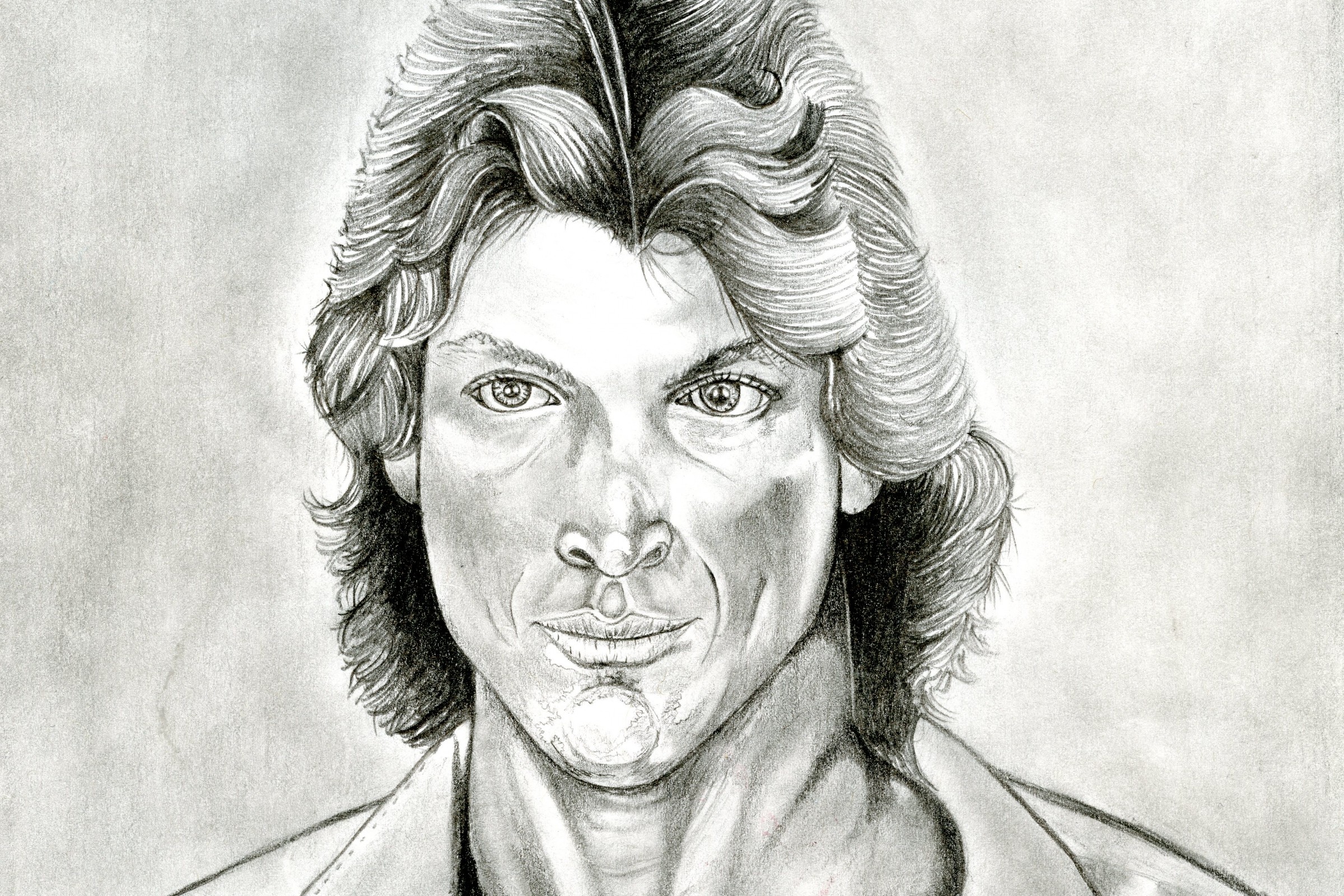 Vice Sports has an interesting story about a Nigerian prince and his “involvement” in the Formula One team Arrows during the 1999 season. According to Vice, Prince Malik offered Arrows, a struggling team in the paddock, some $125 million investment, which would give “him somewhere between 10 and 30 percent of the team.” To any team in F1, rather less one that was struggling financially, that’s a rather large sum of money that is hard to turn down. But, as you’ll find out, maybe they should have.

The 1999 Arrows was aesthetically striking, with the rear half retaining the previous season's black and white livery and the front painted bright orange in deference to Repsol, who sponsored new signing Pedro de la Rosa. These days it is considered to be something of a cult classic, though this has nothing to do with its on-track performances.

This did not seem to concern Malik, who proceeded to hire a pricey PR agency that he set the task of making him "as famous as Eddie Jordan". But while he was undoubtedly an attention seeker, Malik was not planning to simply sit on the pitwall and enjoy the perks of his investment. He claimed that he would raise funds through the creation of the T-Minus brand, which first appeared on the car's sidepods at the San Marino Grand Prix (there had previously been a strange countdown motif in its place). T-Minus planned to make money by launching an energy drink and selling re-branded products such as clothing and motorcycles. The fact that you have never heard of it should be a clue to its eventual success; the veteran F1 journalist Joe Saward later reported that T-Minus 'raised absolutely no money.' (However, it is worth pointing out that the author of this piece still has a can of the energy drink in a box somewhere, unopened, retained for posterity).

In a Facebook post last night, Travis Pastrana said he’s hoping to return to NASCAR, racing in the NASCAR Camping World Truck event in Las Vegas on September 30. The action sports king attempted a run at NASCAR a few years back, including a full season in NASCAR's second-tier Xfinity Series. In 2013, according to USA Today, Pastrana, citing a lack of sponsorship, disappointing results, and the long NASCAR schedule as reasons for the decision, retired from racing. “True, I am better on 2 wheels then 4. True, I am better on dirt then pavement. BUT, I’m not that bad and it bothers me I haven’t been able to do better,” he wrote in part on his Facebook page. Pastrana needs sponsorship for the event, and being the marketing genius he is, he put together this amazing video. Take notes from the king, guys, this is how you get sponsorships.

I have amazing sponsors.. But they already sponsor me for sports i’m actually good at.

I have an amazing company.. But Nitro Circus is investing all our money into growing action sports.

I have an amazing wife.. But if I spend 100g of our money in a single day to race in circles, Lyn-z Adams Hawkins Pastrana would probably kill me.

However, I really do enjoy racing #NASCAR. Also, I am doing a few Global Rallycross events later in the year and every bit of pavement practice will allow me do better at a sport I really am good at and help get my Subaru Rally Team USA car to the top of the podium.

So, I decided to put together a video with my favorite companies and see which one would be interested in helping me go in circles. True, I am better on 2 wheels then 4. True, I am better on dirt then pavement.. BUT, I’m not that bad and it bothers me I haven’t been able to do better. I would like to race NASTRUCK more in the future, and I know with all of your support (my amazing fans).. I could add value to one of my favorite companies and we can go win one of these left turn races one day.. but for now, Lets get the September 30th NASTRUCK race in #Vegas funded. The Palms Casino Resort said they were in to help out with the suite and after party.. So either way i’m going to watch and have a great time.. but it’s a lot more fun to watch the race from the drivers seat! Gold Bond Powder Southwest Airlines Goody’s Powder(sorry we misspelled that in the edit.. don't worry, we will get it right on the truck!) U.S. Navy#Weinerschnitzel SilencerCo Bobcat Company Dunkin' Donuts #Budweiser GEICO Polaris RZR Captain Morgan Bass Pro Shops Heckler & Koch #TiltedKilt OLD BAY® Seasoning Under Armour Tilted Kilt Pub and Eatery Street Bike Tommy Hubert Rowland Gregg Duffy Jimmie Johnson Hendrick Motorsports

Share this video if you can.. might help.. might not. Thanks for the support. If I don't see you there, hope to catch you at an American Rally Association event driving my Subaru or Nitro Circus Live on my dirt scooter.

Earlier today, we ran an interview with supercross’ prom king, Dylan Merriam. While searching for videos for the piece, we ran across some great dance videos of the Enticknap brothers and TPJ owner Ted Parks. But, do they beat out our own Jason Weigandt? Vote below.

So this girl was looking for a prom date and the animals of privateer island were willing to help, @dylan_merriam was the official date, but Texas Teddy Parks swooped in for the slow dancing. Poor girl! Also had @7deucedeuce and @tylerenticknap723 popping and locking to a boombox. This prom was better than yours!

Who had the best dance moves?

Ahead of the Argentina Grand Prix, MotoGP stars Jack Miller and Yonny Hernandez went skydiving with the MotoGP video team tagging along.

How does the rush of racing compare to skydiving?

Ummm, Tying Down Your Mattress is Probably a Good Idea

MotoSport hit the Cascade Mountains in the Pacific Northwest to do some snowbike shredding, and it’s awesome.

Last week we touched briefly on the unique relationship shared by my boss, Jason Weigandt, and Rocky Mountain ATV/MC-WPS-KTM’s Blake Baggett. If you missed it, just go here and scroll down. Reader Kyle saw the article and sent in this amazing photoshop of Weege and Baggett. Again, if you have stuff like this, email me (chase@racerxonline.com) and we’ll find a good home for it.

Revzilla recently featured the story of Brother Moto, a community based Do-It-Yourself (D.I.Y.) Garage, espresso bar, and motorcycle lifestyle goods shop in Atlanta, GA, per their website, and its fight against the Atlanta Zoning Department. The city, which classified the shop as a repair shop, won the initial fight, ruling that Brother Moto was indeed a repair shop and it was “one repair shop too many.” Instead of dragging it out in court, the brothers moved and their lawyers came up with a new classification for the business—motorcycle parking garage.

“Technically, and this is going to sound really ridiculous,” Bobby said with a laugh, “on paper, according to the city of Atlanta, we’re classified as a indoor motorcycle parking garage. This isn’t really the story we want to push out, but it seems to be the only way the city of Atlanta and the powers that be are comfortable with us being there while still doing everything we want to be doing.”

And there is no shortage of “doing” at Brother Moto. The new location nearly doubled their size from around 3,000 square feet to 6,000. They no longer have to lease additional space for their coffee bar or cram motorcycles on top of one another in the workshop. Instead, everything now sits under one roof, furthering the duo's vision for the space.

NBCUniversal and Snap Inc. (Snapchat) have agreed to a partnership for the 2018 Winter Olympics, which could bring advertising commitments to $50 million and $75 million, per the Wall Street Journal. NBCUniversal, which invested $500 million in Snap, will co-produce content with BuzzFeed that will appear exclusively on Snap. NBC also partnered with Snapchat for the Summer Olympics in Rio and said that “nearly 35 million people in the U.S. viewed NBC’s Rio Olympic coverage on Snapchat, consuming over 230 million minutes of content on the platform.”

The deal for next year’s Winter Games in Pyeongchang, South Korea, expands upon a similar partnership between the two companies for the 2016 Rio Olympics. It will allow Snapchat to share clips of NBC’s Olympics content in a live story that will also feature user content.

In addition, Snapchat will carry coverage of the Games that BuzzFeed will co-produce with NBC for the Snapchat Discover media hub.

Advertising commitments related to this deal could come in between $50 million and $75 million in the first quarter of 2018, people familiar with the matter said. NBCUniversal executives unveiled the Snap partnership to advertisers Wednesday as part of the annual ad sales presentations known as the “upfronts.”

Photographer Spencer Murphy is set to release a book of images called Urban Dirt Bikers, which shines light on the Go Hard Boyz and Reckless Ryders, packs of dirt bikers based in London that primarily ride on the streets, similar to the 12 O'Clock Boys in the U.S. Yup, it made it to England! Vice recently ran an interview with him talking about the new book, which you can check out here.

What first drew you into urban dirt bike culture?
My first engagement with it was seeing 12 O'Clock Boys. It's a documentary about the original Baltimore-based urban dirt bikers, who've been doing this for around 20 years. Later, I heard about communities starting to grow up in London. It's very new in the UK, and that documentary helped its birth here. Eventually, I started seeing dirt bikers on the roads. Towards the end of 2015, I tried to start contacting bikers and had no luck. It took me months. In the end, Instagram messaging was the only way I got a response from one of the riders. A guy named Izzy, who has a group of riders called the Super Dupa Motos, invited me out. I think they were are quite suspicious of me because of the police attention.

To read the full interview, and look at the photos, go here.