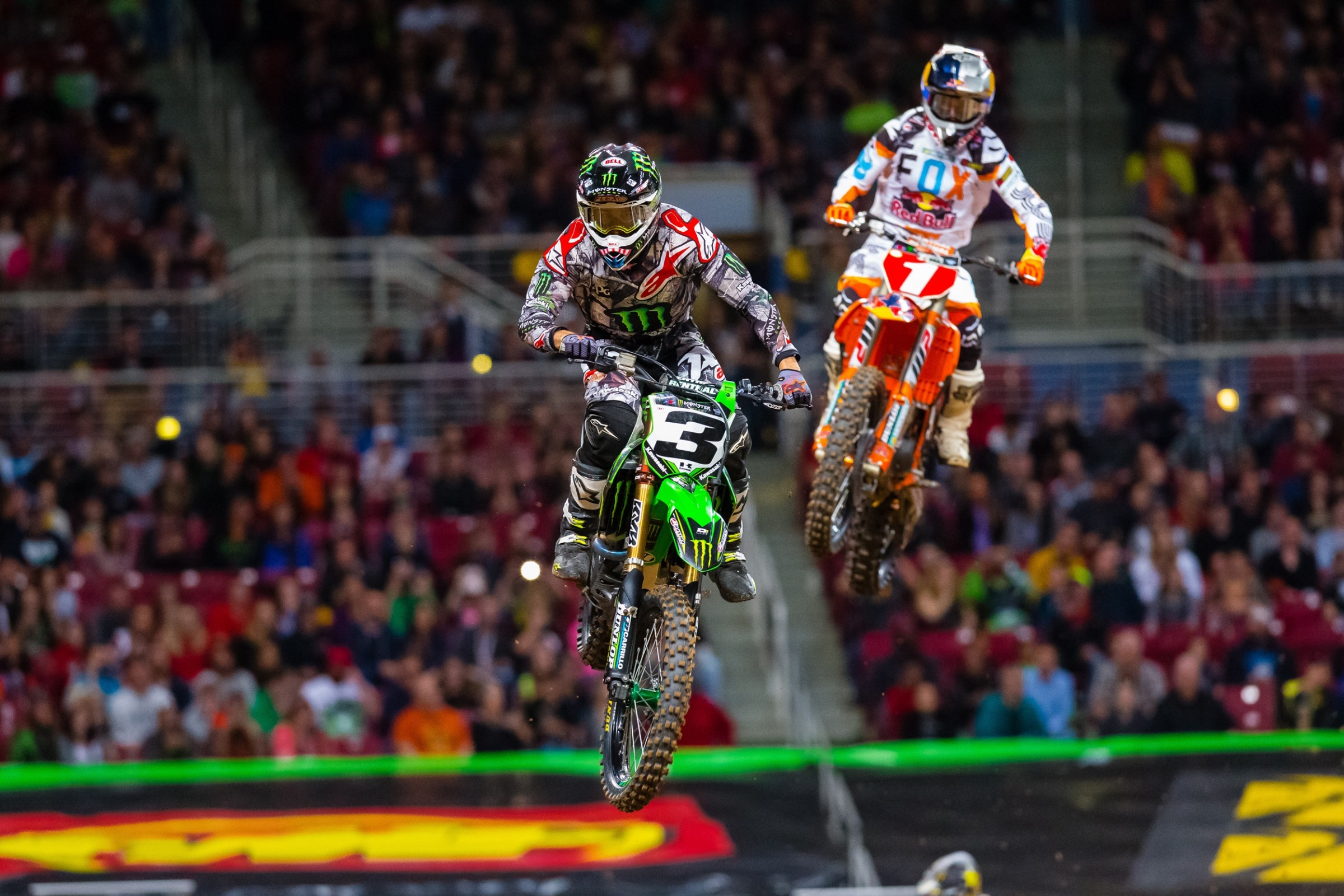 Going back to February 25 of this year, I really felt that Ryan Dungey was going to win this championship. He was coming off of his second win of the season and after a few rough weekends in Arlington and Minneapolis, looked like he was back on track. Sure, Eli Tomac was catching him in that Atlanta main event, but Dungey did enough to win and stretched his lead back to 27 points. I felt it was a huge swing in momentum and served notice that Ryan was still the champ for a reason.

Since then, Tomac has gone on a tear. He won five races in a row, and coming into Seattle had cut the lead down to four points. He took the fight to Dungey and systematically eradicated that 27 point lead. As he clicked off these wins, I started to develop an opinion that I am dead-set on now. Ryan needs to win races. That’s so basic and obvious, but absolutely necessary. In these past months, many thought that Tomac would give too many points away down the stretch, a la Arlington, to beat Ryan over 17 rounds. After all, he’s never been able to match Ryan on a championship level and after his first few disastrous rounds, why would we have reason to believe this year would be different? He proved he was the best guy when things went right, running away with wins in Glendale and Oakland, but he also proved that he wasn’t impervious to bad nights. He dealt with arm pump at the opening rounds, a mechanical issue and crash in Dallas, and poor starts hampered his results at times, too. He was winning races but he was also making life easy on Dungey.

If your strategy is to be more consistent than Dungey, you will end up losing more times than not. He is one of the most consistent riders in the history of the sport. He doesn’t give you many openings to capitalize on. That “must win” theory has been the singular way to beat Ryan Dungey over his career. Ryan Villopoto, in fact, was the only one who has been able to do it. He took the fight to Dungey and simply beat him with speed four years in a row. For the second time in his career, Dungey is embroiled in a championship battle with Monster Energy Kawasaki’s number one gun. Similarly, that Kawasaki rider has won more races than he has and is proving to have the outright speed edge. That dynamic didn’t play out well for Dungey in the 2011-2014 seasons and is trending that way this season. Eli has found a way to string wins together and it’s outweighing Ryan’s consistency. He has found a way to attack Dungey in the only effective way: simply go faster.

Looking back throughout previous 450 championship seasons, the champ is almost always the rider who wins the most races. Chad Reed almost turned the tables in 2006, 2009, and 2011, pushing the title to the last race in Vegas but in the end, he lost to the rider with the most wins in each of those years. We have to go all the way back to 1992 to find a scenario where the champ didn’t win the most races. Damon Bradshaw was the fastest rider that season, but his inability to keep his cool with Jeff Matiasevich cost him a supercross title. [Update: It also happened in 2003, 2006 and 2010. Our bad.] That’s 25 years of statistics to support this same scenario we see playing out in front of our eyes. Winning trumps all.

With three races left in this 2017 season, Tomac has won enough races to make up for his terrible start to the season, tying Dungey for the points lead. With all of the “chase” talk leading up to this season, that’s exactly what we have to end this season. The points are reset and there are really only two riders with a legitimate shot.

Consistency won’t win a three race series. Winning is paramount. Eli has eight wins to Ryan’s two. Even if Ryan wins out, he can’t catch Eli for wins, but he would win this 2017 championship, which would be his third supercross title in a row. Not only would he add his name to a very short list of riders who have won three titles in a row, but he would also debunk 25 years of history in doing so. He can do it. I truly believe that. To do it, though, he is going to have to win races. Period. End of story. Eli flipped over the bars in Seattle and was still able to beat Ryan on his way to a runner-up finish. He isn’t going to make it easy. Whoever wins this will take it by force.