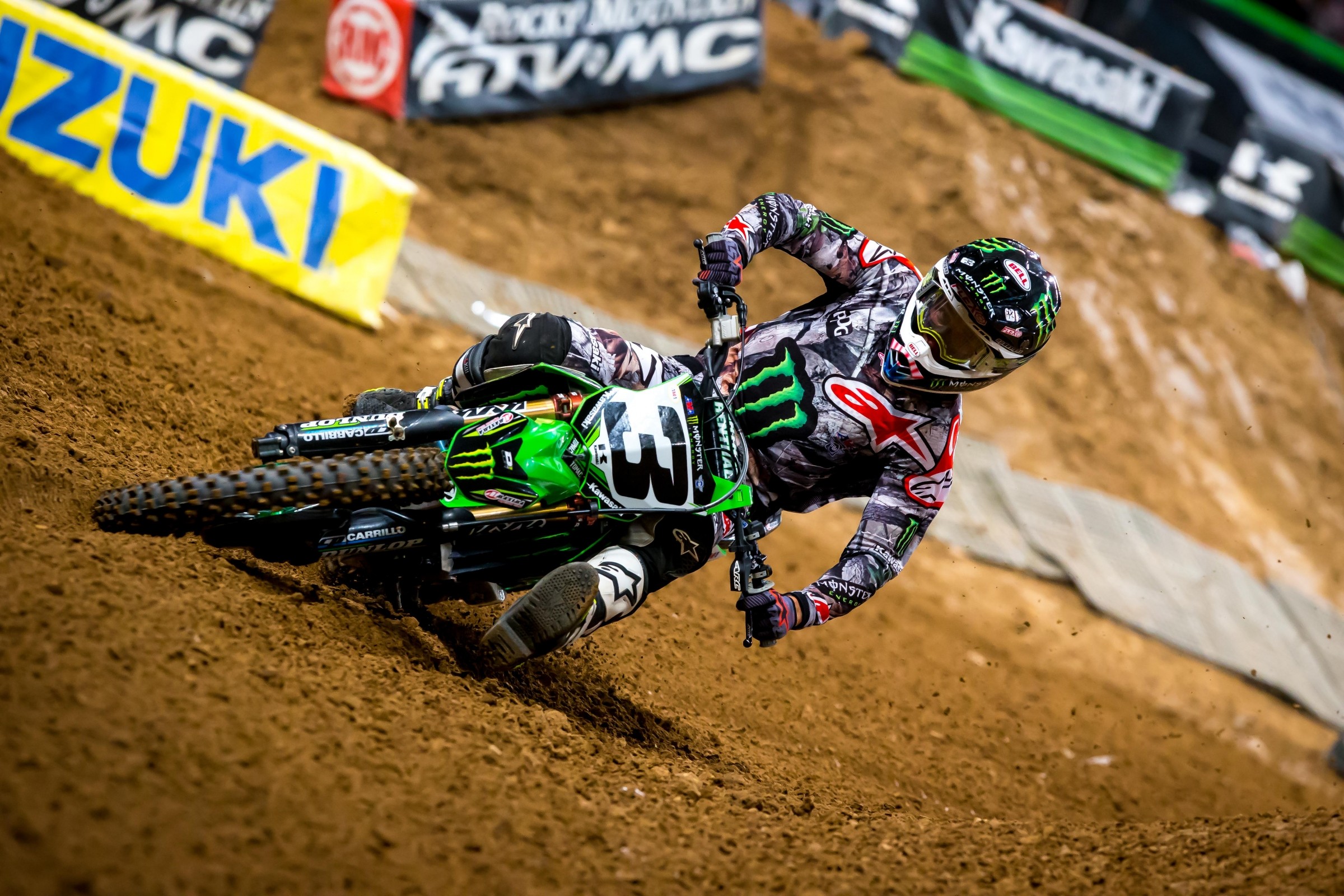 As the championship race in both the 450 class and the 250SX East Region continue to get closer and closer, each round brings us more and more excitement. The St. Louis Supercross didn't buck this trend at all.

In the 250 class, we saw a race that came down to just .446 seconds between race winner Jordon Smith and second place Joey Savatgy. In the 450 class we saw Ryan Dungey slowly start to close in on Eli Tomac before Chad Reed held his line in front of Dungey for three and a half laps, which has added even more drama to the mix.

Tomac wins another one to make it five in a row and these top-three lap time charts are starting to look the same. Once again, Tomac put that hammer down during the opening laps to give himself a comfortable cushion for when Dungey made his mid-race charge.

Dungey found his pace quicker than he normally has this season and started to dig into that gap Tomac built during the opening laps, but ran into some issues mid-way through the race. More on this below.

Marvin Musquin looked to be challenging Dungey early on in the race, but then settled into a pace that was just a tick off the leaders. During the post-race press conference Musquin said, "I was third and I was feeling really, really well. I was pushing. I was right behind Eli and Ryan, but it was tough to make a pass. I don’t know if I missed some energy or got tight a little bit. The track was tough. They started pulling away and then it’s tough. When you’re behind and you’re not close anymore then you kind of play it safe."

If you somehow haven't heard by now, on lap 16 of the main event Tomac and Dungey closed in on lapping Chad Reed. Tomac made it by while Dungey was stuck behind the veteran for three and a half laps while blue flags were flying in every section. Below I've laid out all of their lap times and highlighted the laps where Dungey was behind Reed in blue. You can see on lap 16 Tomac made it by Reed with relative ease. You'll also notice a dramatic decrease in Reed's times from laps 16-19.

While the championship race in the 450 class is one of the best we have seen in recent years, the actual racing up front hasn't been that great. Tomac's dominance has led to wins by anywhere from five seconds to 17 seconds.

However, the 250 class have provided us with incredible racing pretty much every weekend. In Atlanta and Toronto, Zach Osborne stretched his lead out to solid margins, but in every other race this year, second place has been within striking distance of the leader near the end of the race. Take a look at the win margins below for both the 250 class and 450 class over the last seven rounds.