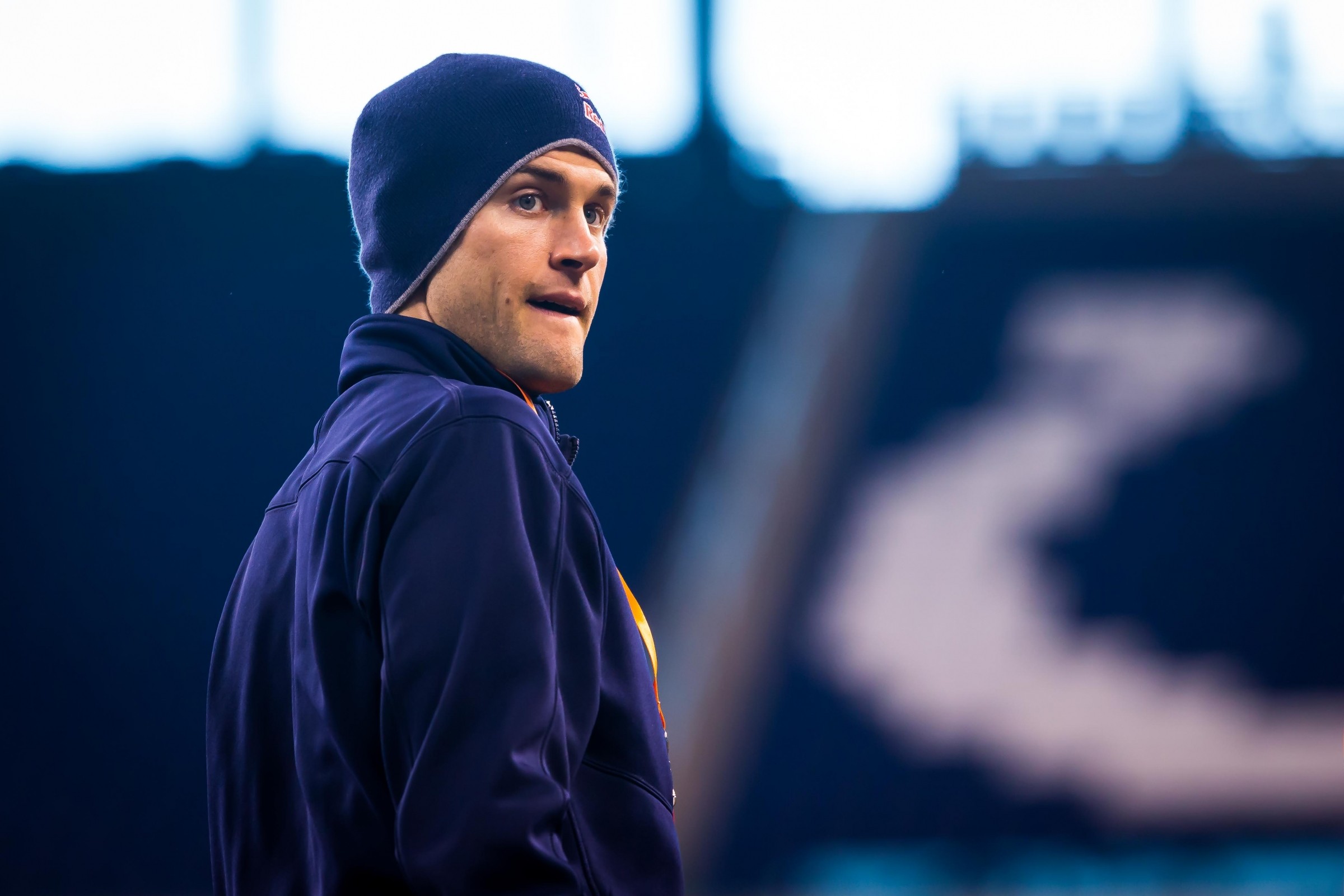 3 on 3: Questions from Indy

1.) Dungey spoke of a new strategy last week, and this week he spoke about how it's just a dirt bike race and life is bigger than it. So, like, what's going on with him here?

Steve Matthes: Great question! Well, I'm not really sure. Dungey didn't ride up to his usual standards all day and perhaps a practice crash where he ended up on the concrete didn't help things. But being the champion he is, he got the start he needed with the so-so gate pick and put heat on Eli Tomac early in the main. He even passed him at one point. But then something happened and he dropped back. At that point, whatever strategy he spoke of last week stopped working and he lost second to Marvin Musquin. His press conference speech was a bit strange. He's not at his peak right now so I'm not sure if he's trying to convince himself he's not losing this points lead or he really feels that way. The main event score is now 6-2 for Tomac, and KTM and Dungey have to be officially worried. I don't take the public comments by riders too literally as they're mostly throwaway podium or PR speeches, but these ones from Dungey are a bit strange.

Jason Thomas: This question isn't that awesome considering we kind of had the same question last week. But, if we must. I am really not sure what's going on with Dungey. I expected to see Dungey's best effort in Indy and for the first half of the race, we got a high level performance. Whatever happened in the second half of the race was reminiscent of Minneapolis where he was unable to hold his peak speed and lost second place to Marv. His comments in Indy lead me to believe he will retire at the end of this season, though. When your answers shift from "win at all costs" to "there's more to life than this," it's a tell tale sign of what's going on in your deepest thoughts.

David Pingree: I think Dungey is just trying to take the pressure off himself with the comment this weekend. By putting things into perspective and saying it's "just dirt bike racing," which it is, perhaps he can stop focusing on how many points Eli has made up in the past month and half. Whatever his strategy is, he badly needs a win to keep this championship plane from auguring in, nose-first.

2.) Simple question: When it comes to the practice incident that Adam Cianciarulo said Zach Osborne started and left AC on the ground unable to ride, are you team AC or Team Wacko?

Matthes: Another stupendous question. Well, I didn't see the first tap (tap?) by Osborne when they took off for practice, but I did see AC getting the #16 back before the triple and then Osborne finishing the whole deal off (sweep the leg!) by the first turn. But even AC admitted that after looking at the film, Osborne's first "move" on him wasn't very bad at all and that sometimes in the heat of the moment you get, well, heated. So I'll go with Osborne here (sorry AC nation) because he probably felt Adam's move before the triple was the first strike per se and so rightfully, he was pissed. Both guys I'm sure wish nothing would have escalated to the point it did. And by the way, warnings to both guys from the AMA/FIM? Really?

Thomas: I know this will shock Pulp listeners, but I am on both sides. AC started the fracas from what I saw and while Zach ended it, I don't think he meant to inflict real damage. He went in to send a message that he wouldn't be bullied and unfortunately the contact hurt Adam. These contact/block passes happen several times a weekend and usually everyone is fine. This time, though, Adam hyperextended his knee. Everyone in this scenario is best served to move on and forget it.

Ping: There is definitely some posturing going on during the practice sessions when a title chase is this close and AC made a statement when he bumped Zach. Unfortunately, Zach had a comment prepared as well and he made sure Adam got the memo in that left-hander. It's unfortunate that Adam hurt his knee, but turnabout is fair play.

3.) This new MX Sports/Youthstream agreement to help with a USGP a year and get the Motocross of Nations here every four to five years—what's up with that? (Disclosure: MX Sports is a Sister company of Racer X Illustrated.)

Matthes: Three for three with these questions this week! I guess this deal would really be perfect if it could somehow guarantee 100 percent U.S. rider participation and not just by the Monster Energy guys who are forced to race. I think putting the race in the Southeast (or keeping it there, really, since there was a Charlotte, North Carolina event last year) will help a tad because I think the SoCal crowd, with so many races there already, not having the stars there, and it being so hot, had very valid reasons to stay away. I'm glad both sides realized that they could help each other out; the bar for the USGPs in recent years has been very low so I'm sure this new USGP will work with MX Sports behind it. And I've always said that the MXoN doesn't mean much without Team USA there so the race needs to be in the U.S. every so often because this thing is very expensive so why not throw the red-white-and-blue a bone every once in a while, yeah?

Thomas: I am not sure much will change because of this. I am all for Youthstream and MX Sports working together because nothing progresses from a war between those two. If it also guarantees the MXoN in America more often, that's another plus. Other than that, I don't think it will affect a whole lot.

Ping: Our sport is too small to have organizations like Youthstream and MX Sports fighting against one another. This alliance is good for the sport as a whole, and for traditional motocross here in America. Then again, maybe DC just wants to get the Euro riders over here more often because he likes techno music and good parties?