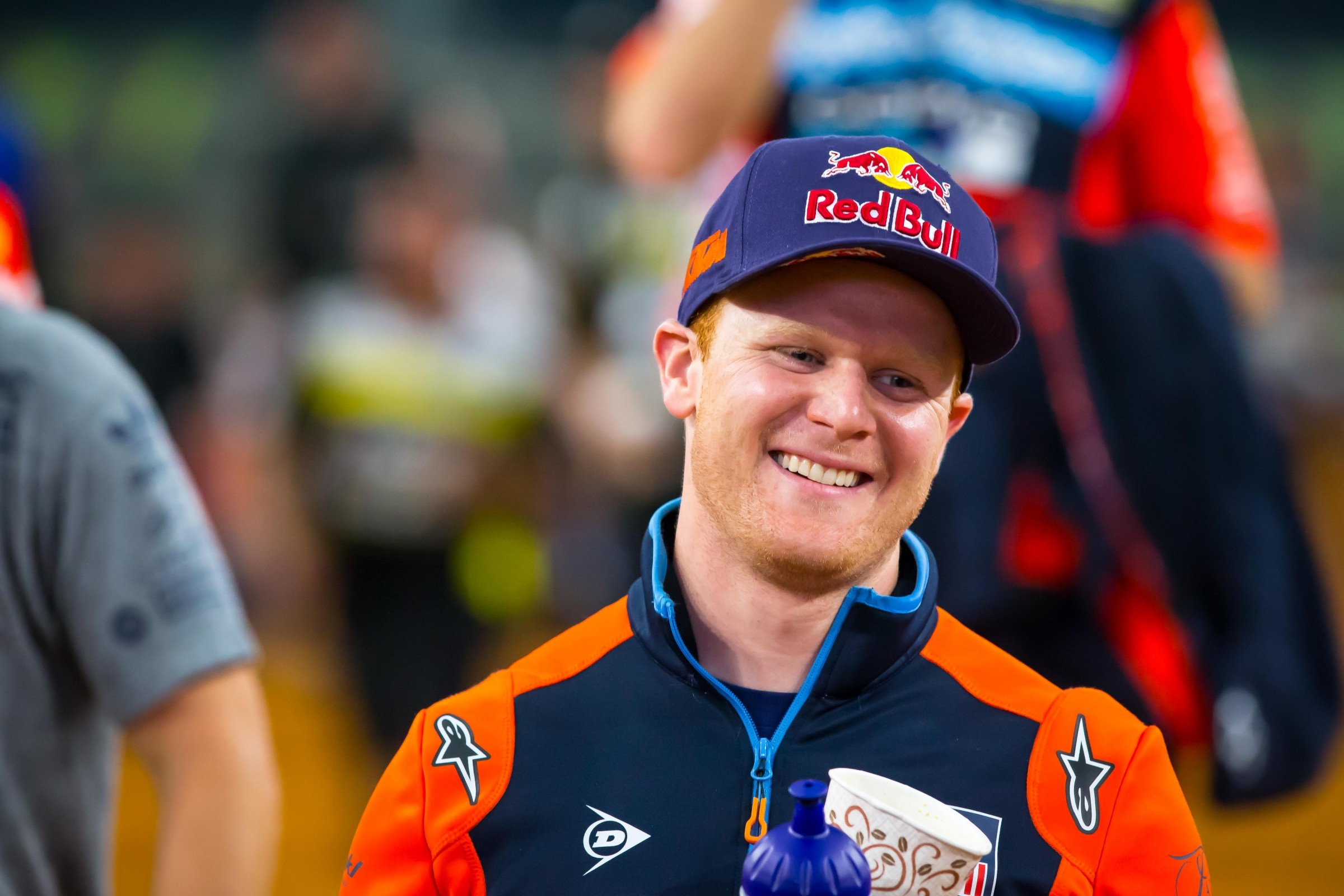 Comment: Aeck got landed on in Arlington and suffered two fractured vertebrae, some broken ribs, and a broken shoulder. Aeck has since returned home to California and is undergoing therapy.

Comment: Trey Canard crashed during practice in Toronto and pulled out of action. We haven’t received an official word from the team regarding Canard’s status for Daytona, but we will provide an update as we get more information.

Comment: Peick is expected to return to action for Lucas Oil Pro Motocross after lacerating his kidney and dislocating his wrist during practice in Glendale. The team says if things go well, he may even be back for a few supercross races at the end of the season.

Comment: Roczen had a huge crash at Anaheim 2, suffering injuries to his wrist, elbow, and radius (forearm). There is currently no timetable for his return.

Starting to do some bicep curls

Comment: Webb went down in his heat race in Minneapolis and suffered some deep bruising to his shoulder. He hasn’t raced since and will miss Daytona.

Comment: Bisceglia broke his leg while practicing at Glen Helen. There is no timetable on his return. Kyle Cunningham will fill in for him until then.

Comment: Bloss will be back for Lucas Oil Pro Motocross after dislocating his shoulder and fracturing the top of his humerus bone in Minneapolis.

Comment: Bowers is looking to be back for Seattle after fracturing his right femur in Glendale.

Comment: Gaines fractured his collarbone in Minneapolis. He had it plated and hoped to be back this weekend, but the team did not reply when we attempted to confirm his status for Daytona.

Comment: Hampshire will miss the remainder of the 2017 Monster Energy Supercross season after fracturing his tib/fib in Tornoto. The injury will not require surgery and Hampshire is expected to be ready for the start of Lucas Oil Pro Motocross.

Comment: A dislocated ankle, shattered heel, and fractured lower fibula, suffered on press day in Arlington, will keep Nicoletti off the bike for the foreseeable future. In the meantime he’s splitting his time between the couch and doctor’s table.

Comment: A broken collarbone will keep Oldenburg away from racing until Seattle.

Comment: A torn ACL and MCL will put Reis on the sidelines for the rest of supercross.

Comment: Sexton is out for the supercross season after breaking his femur during practice in Atlanta.

Comment: Taft is out until Lucas Oil Pro Motocross after suffering a concussion before A2.