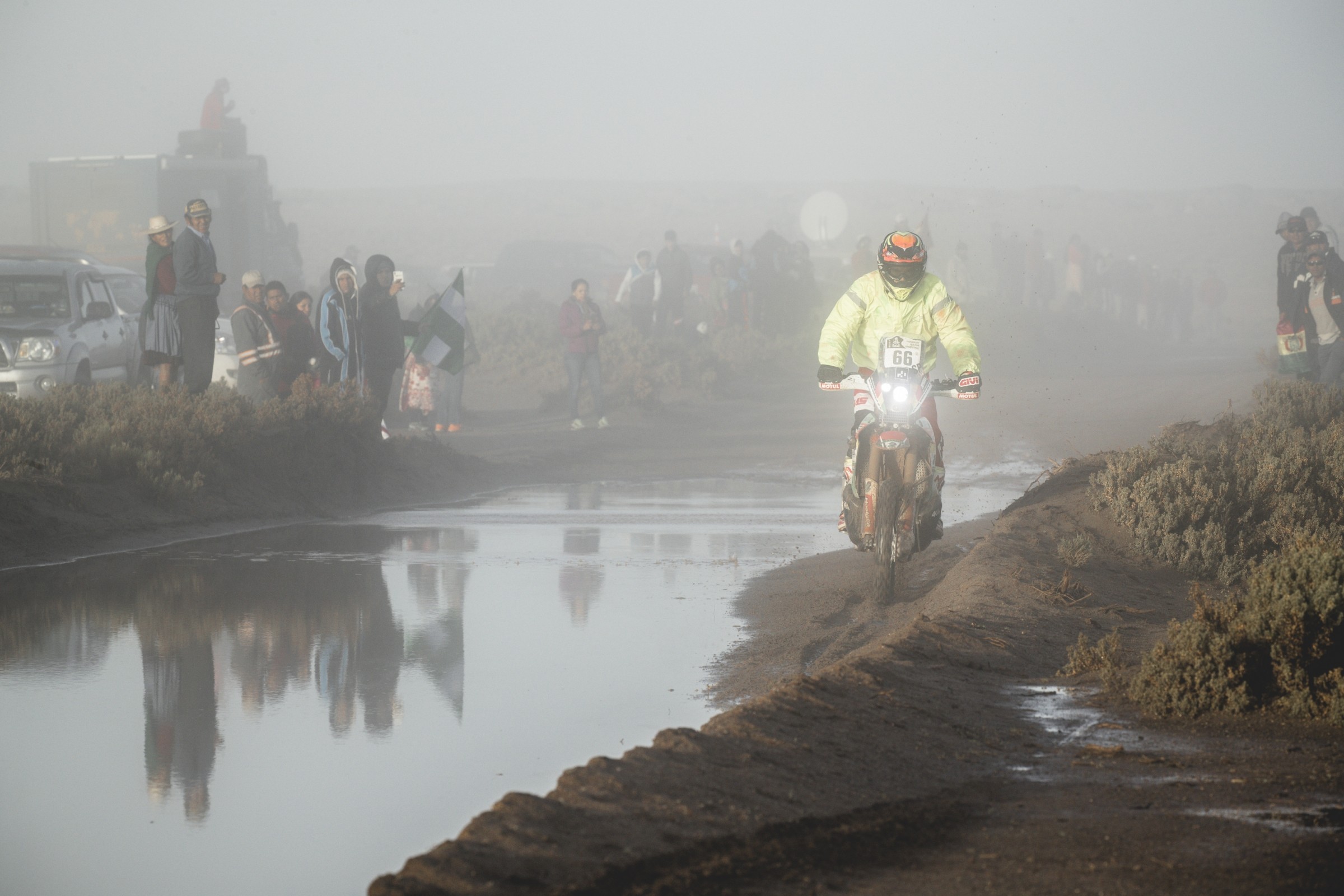 Polaris Industries announced earlier this week that after 18 years it was shutting down the Victory brand and would shift their motorcycle focus to the Indian brand. "This was an incredibly difficult decision for me, my team and the Polaris Board of Directors," said Polaris Industries chairman and CEO Scott Wine in a news release announcing the change. "Over the past 18 years, we have invested not only resources, but our hearts and souls, into forging the Victory Motorcycles brand, and we are exceptionally proud of what our team has accomplished."

Revzilla reports that “Indian, Victory, and the Slingshot accounted for 15 percent” of Polaris’ revenue, while Polaris’ off-road segment—ATVs, SxSs, the ACE—accounted for 78 percent of the company’s revenue. Simply: this was a financial decision. More from Revzilla:

I tried my best to get production numbers, but I can’t find squat officially. Polaris ain’t keen on releasing the figures, but I managed to get some numbers that point to this being the case.

I talked to Derek Peterson, a spokesman for the company, and he didn’t mince words.

“Victory accounted for 3 percent of Polaris revenue in 2015. That’s after 18 years. Combined, Indian and Slingshot accounted for 12 percent in 2015, after just a few years for each,” Peterson said.

Asphalt and Rubber got their hands on MIC’s industry sales figures for 2016 and it’s not good. According to the report, motorcycle sales in the U.S. in 2016 were down 2.1 percent. Across the pond in the UK, sales were up 11.7 percent in 2016, according to the report. Not all is bad, though, as Triumph Motorcycles (more on them later) is reporting a 21 percent gain on sales in 2016 in North America. From Asphalt and Rubber:

We will have to wait for all the motorcycle OEMs to report their final quarter sales results to know who are the big winners and losers of the 2016 sales year.

Though, we do know that KTM and BMW (up 5.9%) have shown signs of strong results internationally, whereas Duacti and Harley-Davidson are expected to post overall sales declines for 2016.

You can read the entire story here.

The Dakar Rally is scheduled to end this Saturday, January 14, in Buenos Aires, Argentina. There has been plenty of news in the 38th edition, such as defending bikes champion Toby Price breaking his femur. The red–white–and–blue got some good news earlier this week as American Ricky Brabec won Stage 7, the first Dakar Stage win of his career. “It was the first day of the marathon after the rest day,” said Brabec. “The track was good and the navigating went well. There was more off-road than on-road, which is more my style. I’m happy to be here at the finish line in spite of my slide out in the grass where I went swimming. These bikes are pretty slippery in the mud.”

Later in the week, Stage 9 of the rally was cancelled due to massive landslides in the region. If you’re unaware of just how big the Dakar Rally is globally, check out some of these numbers provided by the organizers.

Dakar also provides some of the best imagery you’ll see.

Bikesportnews.com broke some big news last week in regards to the Moto2 Championship. British bike firm Triumph is set to take over as the official Moto2 engine supplier when the current deal with Honda expires at the end of the 2018 season. According to Moto Matters, “Triumph will supply a new three-cylinder engine, probably based on the new, larger sports triple they are building for release in 2017.” Honda, which currently supplies CBR600RR engines, is stopping production of its middleweight sports bike, so a replacement was needed. Moto Matters has more:

Two question marks hang over the use of the Triumph engine. The first is the serious question of reliability. The Triumph Daytona 675R is still raced in several national Supersport championships (though no longer in World Supersport), and although the bike is relatively nimble and quick, it also had a reputation for engine problems. As a spec engine supplier, Triumph will have to ensure that reliability is guaranteed. Fortunately, they will also have more control over the process, being able to monitor maintenance procedures and swap out engines more often than the three-race schedule currently in use, should it be needed.

American Flat Track and NBC Sports Network announced a deal this week that will see all 18 rounds of the series air in one-hour, tape-delayed telecasts on Thursday nights throughout the summer and fall.

“American Flat Track is America’s original extreme sport and NBCSN is the perfect platform to bring it back into the limelight,” said Michael Lock, CEO of American Flat Track. “We’re delighted to be partnering with NBC Sports Group, one of the most respected sports media organizations in the world. This partnership represents a huge milestone for the sport and a goal that we have been working toward for a long time.”

“We’re thrilled to add American Flat Track to the best motorsports portfolio in American media,” said Jeff Macaluso, senior director, programming, NBC Sports Group. “We’re excited and proud to be a part of the resurgence of this historic series.”

Coverage begins in July and will be broadcast over the following 18 weeks. According to the press release, “the shows will include exclusive features and editorial content telling the story of the world’s elite dirt track motorcycle racers as they battle for glory, while cutting-edge technology, including the latest in onboard cameras, will allow viewers to experience the pinnacle of dirt track motorcycle racing like never before.”

Sports Illustrated ran an interesting feature this week on Jon Connolly, a senior software engineer at the Pacific Northwest Science Network (PNSN), which monitors earthquakes and volcanoes in the Pacific Northwest—and postseason football. This all started in 2011 when Marshawn Lynch rumbled 67 yards over 15 seconds through an army of Chicago Bears defenders in an NFL Playoff game. According to SI, “a PNSN employee went across the parking lot to the seismometer that measured ground movement at the old Kingdome which is now in a nearby building. Sure enough, all the activity—fans stomping, stands reverberating, ground vibrating—had produced a seismic signal from a block and a half away. It remains the strongest fan-quake ever recorded in Seattle.” Monster Energy Supercross returns to Seattle this year, but something tells me we won’t be seeing seismic signals. More from the article.

In this instance, Seattle receiver Doug Baldwin had caught a 13-yard touchdown from quarterback Russell Wilson to extend the Seahawks' lead to 26–6. The 68,788 fans in attendance jumped up and down and stomped their feet, ecstatic over another playoff triumph. The collective impact of their celebration registered as the largest recorded “seismic signal” of their Wild Card victory over the Lions, which meant, at that moment, they had produced ground movement similar to an earthquake. This one lasted more than 30 seconds.

Last week, we told you about a group in Maryland trying to block Travis Pastrana and his Nitro Circus Tour from performing in front of his hometown crowd. Per the report, Nitro Circus applied for a permit to do a July show at Navy-Marine Corps Memorial Stadium, only to have a community near the stadium object with “the board of directors for the Admiral Heights Improvement Association voted unanimously to recommend the event not be permitted at the stadium.” You can read more here. Pastrana recently went on CNS Mid-Atlantic to explain his side.

One of my favorite columns to read every week is Cory Moser’s “Just Short”, which runs on some site called Pulpmx.com. Moser mixes humor with, I can’t believe I’m saying this, actual reporting. It’s ranges from really funny to really awkward depending on the rider, which is part of what makes is so great. This week Moser caught up with Barn Pros/Home Depot Yamaha’s Scott Champion and it’s amazing. You need to read this.

Behind the Scenes with Rockstar Energy Racing at A1