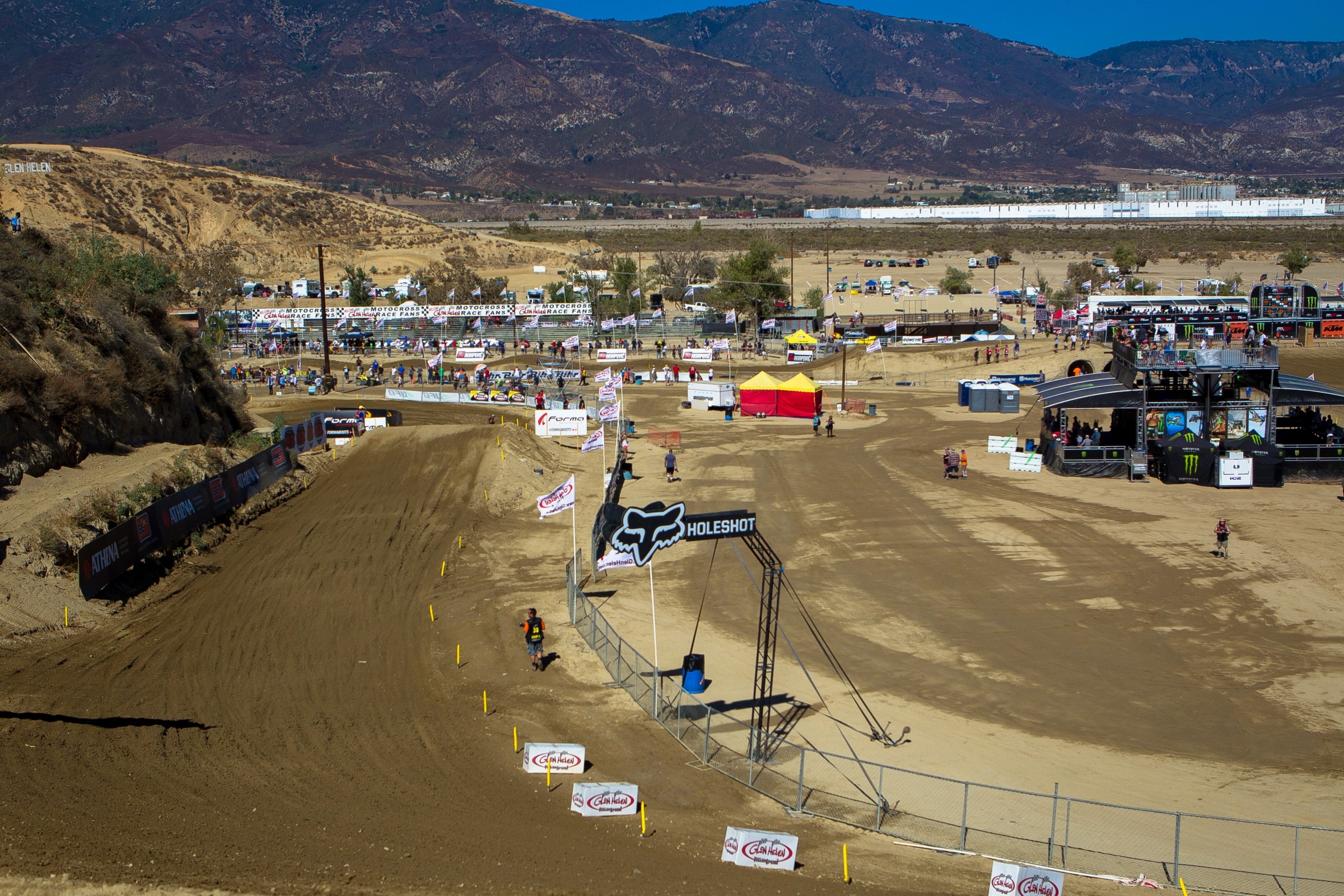 What is a week in motocross? Will it be enough time for Cooper Webb’s anguish, so evident on his face during the minutes and hours after the third moto at Maggiora, to abate? Will Jason Anderson’s foot now be the most painful reminder of his time in Italy and after winning a moto outright in his first-ever ‘Nations appearance? Has the jetlag subsided yet for the Team USA contingent? (It took a while to fade for the European-based riders after the recent USGP double and subsequent return to Europe.)

Maggiora and the 70th Motocross of Nations did not see the end of Team USA’s dry spell since that Baggett-Dungey-Villopoto axis in Saint Jean d’Angely, France, five years ago and upon a fitting stage where the ’86 Dream Team were rightly acclaimed thirty years on, but for a good part of Sunday it seemed like it would be so. Things turned bad for the team, but it was an utterly memorable event for action, incident, atmosphere, and tension. Even a newcomer or neutral spectator (even any Canadian fan; sorry Matthes) would have taken some emotion from Italy. Significantly, they would have been overawed again by the power of the MXoN to conjure scenes of bedlam—outward showings of real passion and verve for a sport—that must put any other motorsport to shame.

What a shame then that U.S. aficionados won’t get the chance to stage on their own display in 2017 and the next trio, that could well involve one, if not all, of the Anderson-Martin-Webb alliance won’t have the best chance for revenge. The price for continued apathy at the Glen Helen USA Grand Prix—for whatever reason—has been a firm line drawn underneath the project this week by Youthstream and the Glen Helen circuit’s powers-that-be, Bud Feldkamp. If the Nations (of all races) was not deemed a soluble fixture for the Southern California venue then the future of the Grand Prix must also have also headed up the 15 Interstate, direction desert.

We saw first-hand the cheers and enthusiasm that accompanied Eli Tomac on his whopping of the MXGP elite in San Bernardino last month and it doesn't take much imagination to multiply this by thousands for the patriotism associated with the international jewel of the motocross schedule. While the industry responded to the MXGP at Glen Helen there was obviously not enough assurance through the gate to contemplate the ‘Nations matching or reaching the same kind of fuss and spectacle as seen in Italy and France for the past two years.

While Maggiora will stick firmly in the minds of many, there are also those that recall the last American-based editions of the event. The Villopoto roasting and Carmichael farewell at Budds Creek in 2007 and Ken Roczen’s emergence as well as a local victory for Andrew Short during the 2010 Thunder Valley incarnation. Both U.S. events allegedly incurred financial losses to the degree that consideration of more ‘Nations appointments was unrealistic. Today Youthstream announced that the 2017 version will head to Matterley Basin in the UK 11 years after Stewart, Tedesco, and Villopoto ruled at the time of Stefan Everts’ momentous swansong. Rest assured Team USA fans; if there is a circuit in Europe that will level the playing field in terms of idiosyncrasies then the wide, fast, and jumpy course in the south of England is the place. This is no narrow, choppy Italian or French hard-pack.

The timing of the race gives cause for concern however. The notorious British weather could swing heavily one way or the other and those present (or watching) the 2006 ‘Nations will remember the slim escape after a sizeable dosage of showers hit the site in the build-up. In the same press release Youthstream stated their intent to try once more for an American MXoN in 2019 which gives time for investment and planning to be sourced—or for the Grand Prix of Americas at the Charlotte Motor Speedway to become further established and graduate. We shall see.