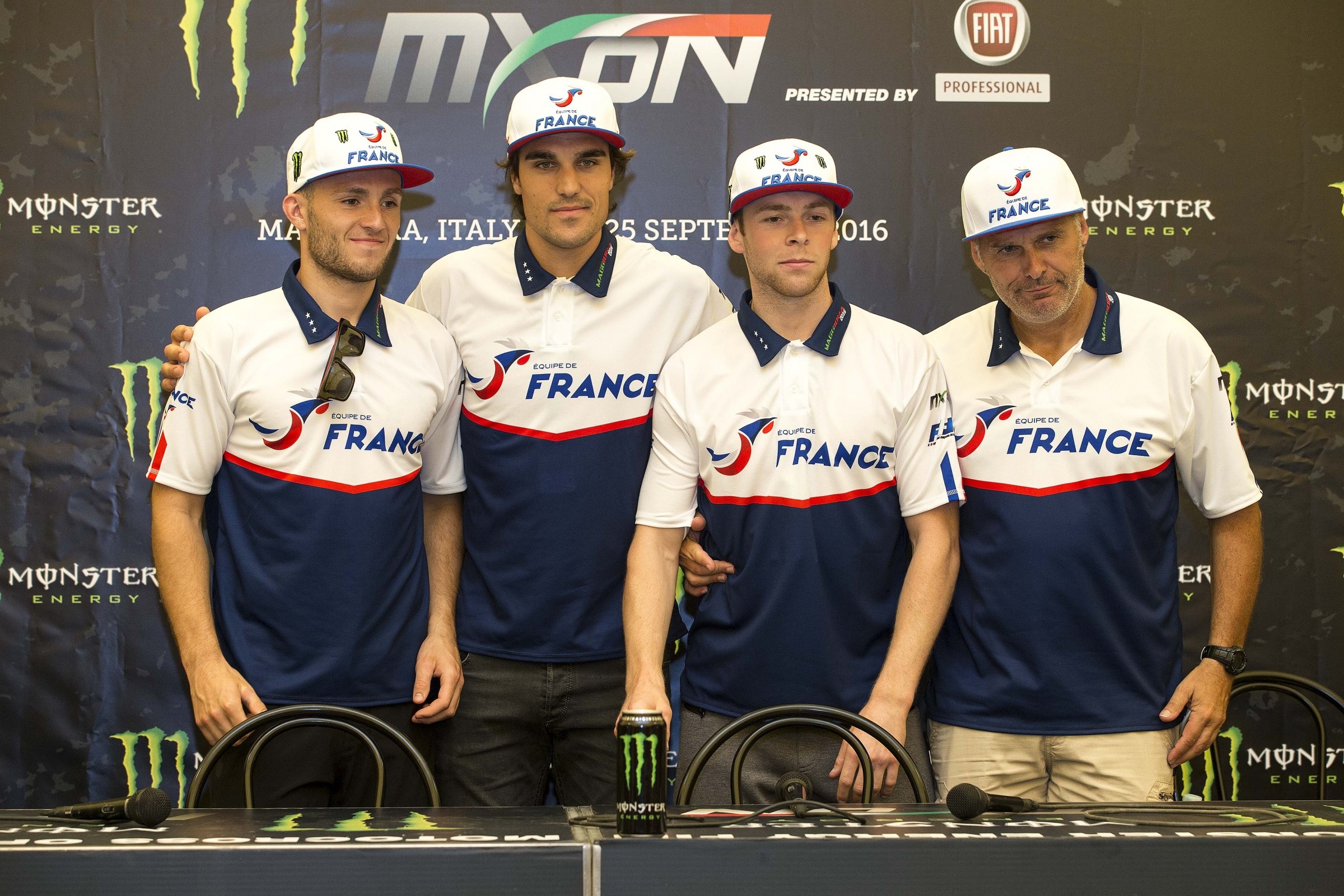 The annual Olympics of motocross, aka the Motocross des Nations wrapped up its first day of action with practices and qualifying heats. The track here in Maggiora, Italy, is hilly, hard packed and it got pretty choppy by the end of the day.

Practice for Team USA went pretty well with MXGP rider Cooper Webb taking his Yamaha to a fifth place, 2.3 seconds back of France’s Gautier Paulin. MX2 rider Alex Martin was second behind Belgium’s Jeremy Van Horebeek and Open rider Jason Anderson waited until the very last lap to blitz to the top of his practice with an impressive time.

As for the qualifiers, well… that was a different story altogether. Team USA had its worst Saturday in a long time at this race and ended up a lowly 15th overall. Webb was fourth early in MXGP qualifier when he hit the downed Canadian rider Kaven Benoit and went off the track. He took a long time to get going and was way back. Eventually he ended up 18th and was the USA’s throwaway score today.

Out front it was hometown hero Antonio Cairoli who had some pressure from France’s Romain Febvre until with three laps left he crashed on a downhill and lost the lead. AC would still get up in time to finish second.

In MX2 Alex Martin got a ninth place start, worked his way into fifth and tipped over in a turn. After that he was working his way back up when he scrubbed a hill, lost traction when he landed and went down pretty hard. Martin said that his arms were pumped up a bit and he had to relax to just finish and get a good score, which he did in ninth.

Out front it was Jeremy Seweer of Switzerland who led most of the race until Van Horebeek slowly caught and passed him. There was a good race between the two for most of the way.

In the Open Class, Team USA’s bad luck continued with Anderson went down in a pile of dust with a bunch of other racers. He had his work cut out for him after that, as he was basically last. Anderson sliced and diced through the pack to eventually end up 14th in a hard fought ride that didn’t look like much fun. Reports are that Anderson hurt his foot in the crash, but will race tomorrow.

Out front The Netherlands’ Jeffrey Herlings was gone. A more than 18-second lead for the KTM rider and an impressive ride at that. France’s Gautier Paulin and Australia’s Dean Ferris rounded out the podium with a hard charging Arnaud Tonus getting fourth.

Alex Martin said that representing Team USA has been a bit different from his other times when he was here for Puerto Rico. Martin told us before the race that there’s a lot more people here and he had a lot of different places to be. Martin said that he felt sorry for his mechanic who had to completely go through his bike after one lap that Martin did before anyone else on the day for GoPro.

After the race he made a note of how his arms pumped up really bad after his second crash and noted that he got pretty lucky his day wasn’t over after what he said was “a good one.”

Tommy Searle ended up third in his MXGP race and made note that the track was very rough and that he thought it was ok for passing despite what we had heard from others.

Herlings said in the press conference after the race that they should leave the track alone and not put too much water on it. He thought that it was going to be hard to pass. “It’s not an individual race, it’s a team race and we have the potential to get a podium if everything goes well.”

Australia coach Michael Byrne was impressed with Dean Ferris’s day as he said the Aussie was motivated to show his friends how much they were missing out when he went back home.

Van Horebeek said he crashed on the first lap and was around eighth so he was happy to have a good day and qualify Belgium in second as “that’s all we need for today.”

Scary moment in MXGP when on the first lap Max Nagl of Germany and Valentin Guillod of Switzerland crashed with each other and both riders were down for a while. Nagl was knocked out and had some neck pain but he had feeling everywhere. Guillod broke a finger and was down for a while. Both riders are out of the event.

[Update: Adam Wheeler is reporting that Guillod will attempt to race tomorrow despite a sore shoulder and a cut finger.]

One good thing for Team USA is that both Cairoli and Herlings pulled the holeshot from gate picks outside the top thirty. The starts at a lot of GP tracks favor the insides but this one is pretty fair and equal. The team obviously needs to stay out of trouble, which they were unable to do today.