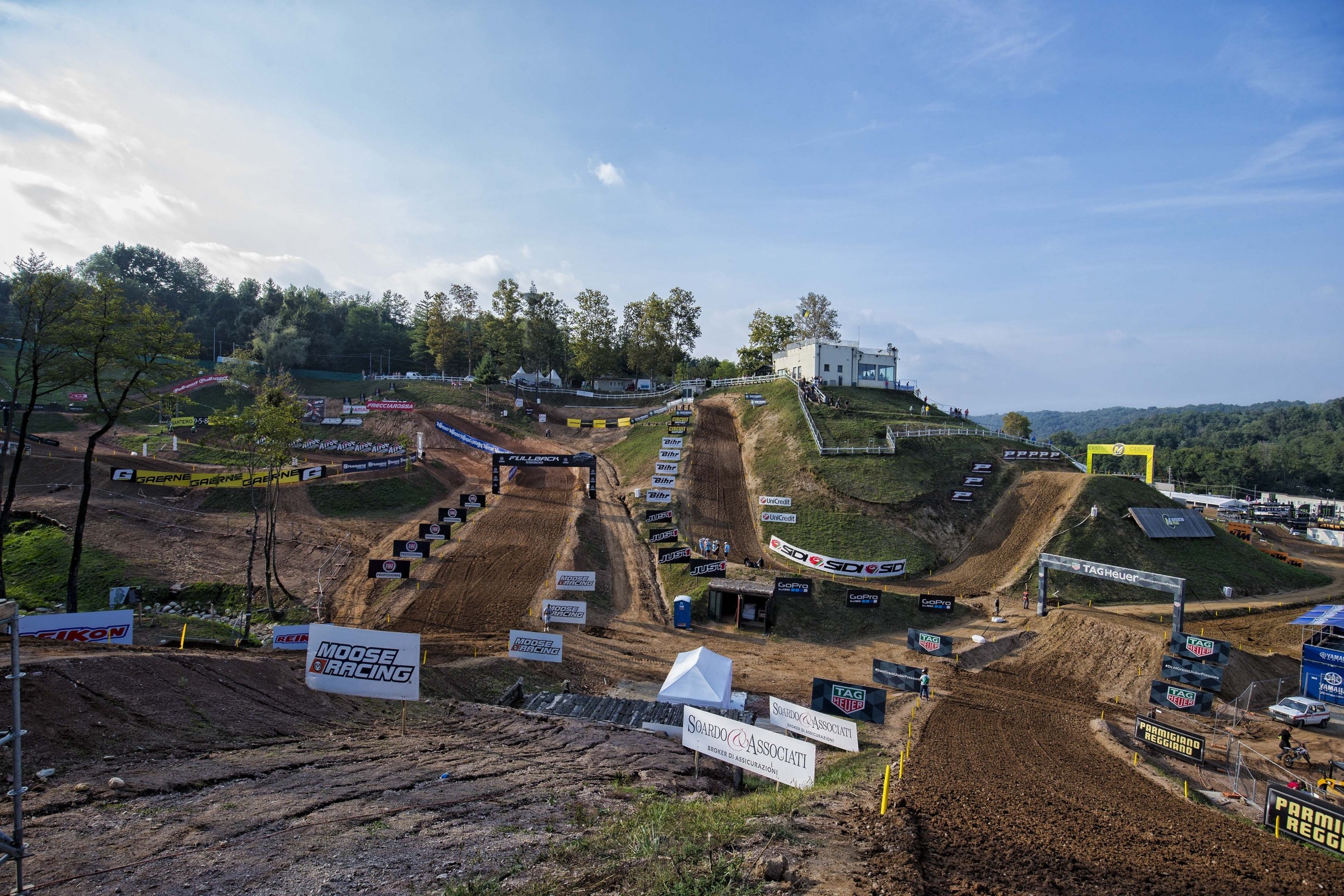 Three commanding performances and some old favourites at the top of the qualification sheets marked the first day of activity at Maggiora Park in Italy and the opening sortie of the 70th Motocross of Nations. For the Team USA trio of Cooper Webb, Jason Anderson and Alex Martin the stark reality of missing the overall podium for the first time lies before them. The Americans were momentarily in danger of missing qualification: Webb hit the fallen Kaven Benoit’s KTM in the MXGP chase and had to come back to 18th, Anderson tumbled on the exit of the first corner in MX Open and finished 14th and Alex Martin also crashed but at least made ninth place in MX2. The results were enough to place the country with the most Nations victories (22) in 15th for Sunday; meaning gate picks of 15 and 35. At least Red Bull KTM’s Jeffrey Herlings proved that a holeshot is possible from the outer regions of the start line (the Netherlands were drawn 32nd in the ballot).

As the ghost of the 1986 Nations and Bailey, Johnson and O’Mara hovers over this event so Team USA know that this is the stage to perform. Rough, narrow and with plenty to think about in linking tight, fast and hilly sections; a lot will depend on the Americans’ ability to regroup and figure out their starts and a bout of improved lap-times to make the ’16 edition count.

Herlings was the Open winner on what was his first major appearance on the 450SX-F and was a league ahead of competitors like Gautier Paulin, Australian champion Dean Ferris, Pro Circuit’s Arnaud Tonus, Shaun Simpson and HRC’s Evgeny Bobryshev. The Dutchman appeared slightly nervous about his 450 debut on Friday and having to lead a strong Dutch line-up with the bigger bike. Any apprehension was allayed with MX2-esque form. Romain Febvre, the 2015 MXGP World Champion, was the winner in the MXGP class but only after Red Bull KTM’s Tony Cairoli had ruined a dominant run with a slip three laps before the flag. The Italian lost the front end of the KTM in a downhill rut and gifted Febvre and France first place. MX2 was the domain of Monster Energy Yamaha’s Jeremy Van Horebeek. The rider who finished sixth in MXGP this year ran a factory-spec YZ250F and was attacking, aggressive and very impressive in his pursuit and relegation of Switzerland’s Jeremy Seewer.

The collection of colour and noise and the typical festival atmosphere of the Nations spread across the Maggiora facility to reach a peak and capacity for the afternoon races. It will be hard to imagine how the circuit can contain many more thousands of spectators tomorrow. The elasticity of the track’s capabilities will be put to the test on Sunday but a side-effect of the congestion is a vibrant and expectant atmosphere; late sunshine glancing off the hilltop swimming pool structure as Maggiora already has its flavour.

One rider likely not to continue the Maggiora story is Rockstar Energy IceOne Husqvarna’s Max Nagl. A crash for the German on the first lap of MXGP left the third-placed finisher in the 2016 championship with a sore head and back. He was taken to hospital for checks. Switzerland’s Valentin Guillod was also a casualty and will attempt his last outing on the Kemea Yamaha tomorrow despite a sore shoulder and a cut finger.

Plenty of incident still to come and the book is open for a tale of perhaps one of Team USA’s greatest comebacks. Even though several individuals proved their credentials for victory in Italy it is hard to remember a more open set of pages for this contest.