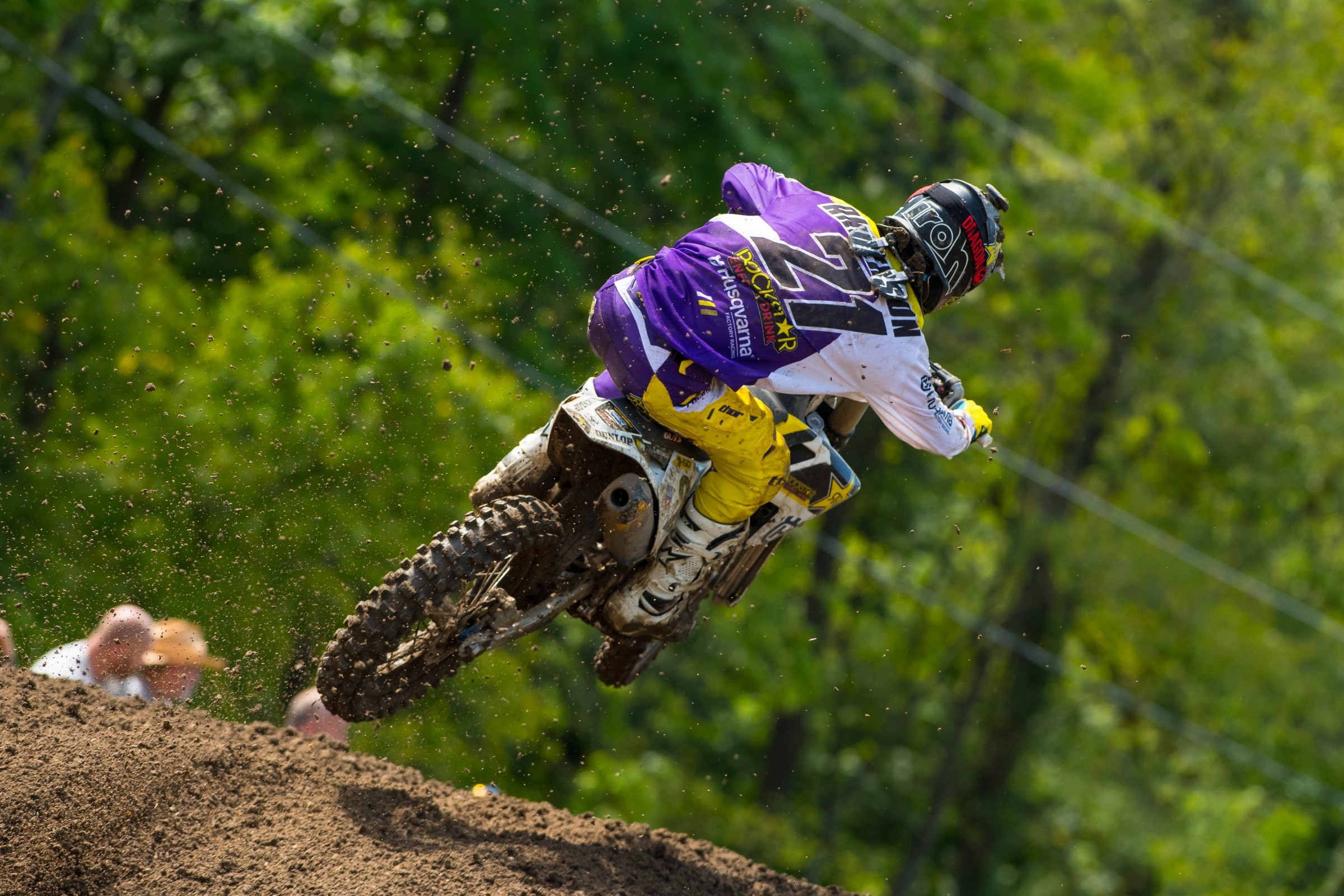 The pressure wasn’t on Jason Anderson for the Ironman National, it was there for the Motocross of Nations next month. Anderson made for a controversial Team USA pick since he was still out injured with a broken collarbone and separated shoulder when the team was announced. That made his first comeback appearance on Saturday in Indiana a bit of a test run. Quite a few people were probably watching intently to see if he still had the goods, but of course even his 5-5 ride for fifth overall won’t draw the same conclusions from everyone. To some, it looked impressive for his first race since June. To others, well, the 450 class is littered with injuries.

Maybe the most telling part is that in the second moto, Anderson was fast enough to battle with Marvin Musquin, who has not been a slouch lately.

“Yeah, me and Marvin, I caught him. I passed him and he got some spunk and passed me back,” Anderson told us in the Rockstar Energy Drink Husqvarna truck after the race. “I passed him and he passed me back probably like three or four times. So it was a good little battle that we had going. For probably halfway we were with [Eli] Tomac a little bit, and then I feel like once we got towards the end, like the last two laps I was just like, the track was gnarly and I just wanted to survive and start building and go from there. But not a bad day.”

Anderson was happy that he didn’t fade horribly, especially since the soft, rutted, gnarly Ironman track was much tougher than practice laps down at Baker’s Factory. No blisters, no shoulder problems.

“No, I felt pretty strong,” he said. “The hard part for me was obviously I’ve felt good at the practice track the last three weeks. I’ve been riding for a good three weeks, four weeks. I feel like if the track was maybe a little bit more mellow I’d have probably done a little bit better. But coming back to such a gnarly track and you’ve got race pace and you’ve got the gnarly track that kind of took an effect on me. As far as the day went if I could have got maybe a little bit better starts and had a little bit more spunk I could have definitely battled for a podium. But I definitely wanted to just start here. I want to just keep building. This for me was more like a building deal. It wasn’t horrible but at the same time I definitely feel like I can race those guys up front.”

The last time Anderson made a race he scored second overall at High Point with 3-3 scores, so this 5-5 wasn’t a massive step back. He’ll have one more test run at the Glen Helen USGP next weekend, and of course plenty more motos during the week. For most riders, the gap between the final Lucas Oil Pro Motocross National date and the MXoN is an issue, but for Anderson it’s a benefit.

“The track today was gnarly,” he said. “It was a gnarly one to come back to. Some of those times in the second moto I had to take a step back and didn’t want to do anything dumb. It was tough for me. I felt good but I still feel like I have a lot more in me to give. I feel like I’ve got a month to keep going. I’m still confident in however I’m going to feel when I get there.”