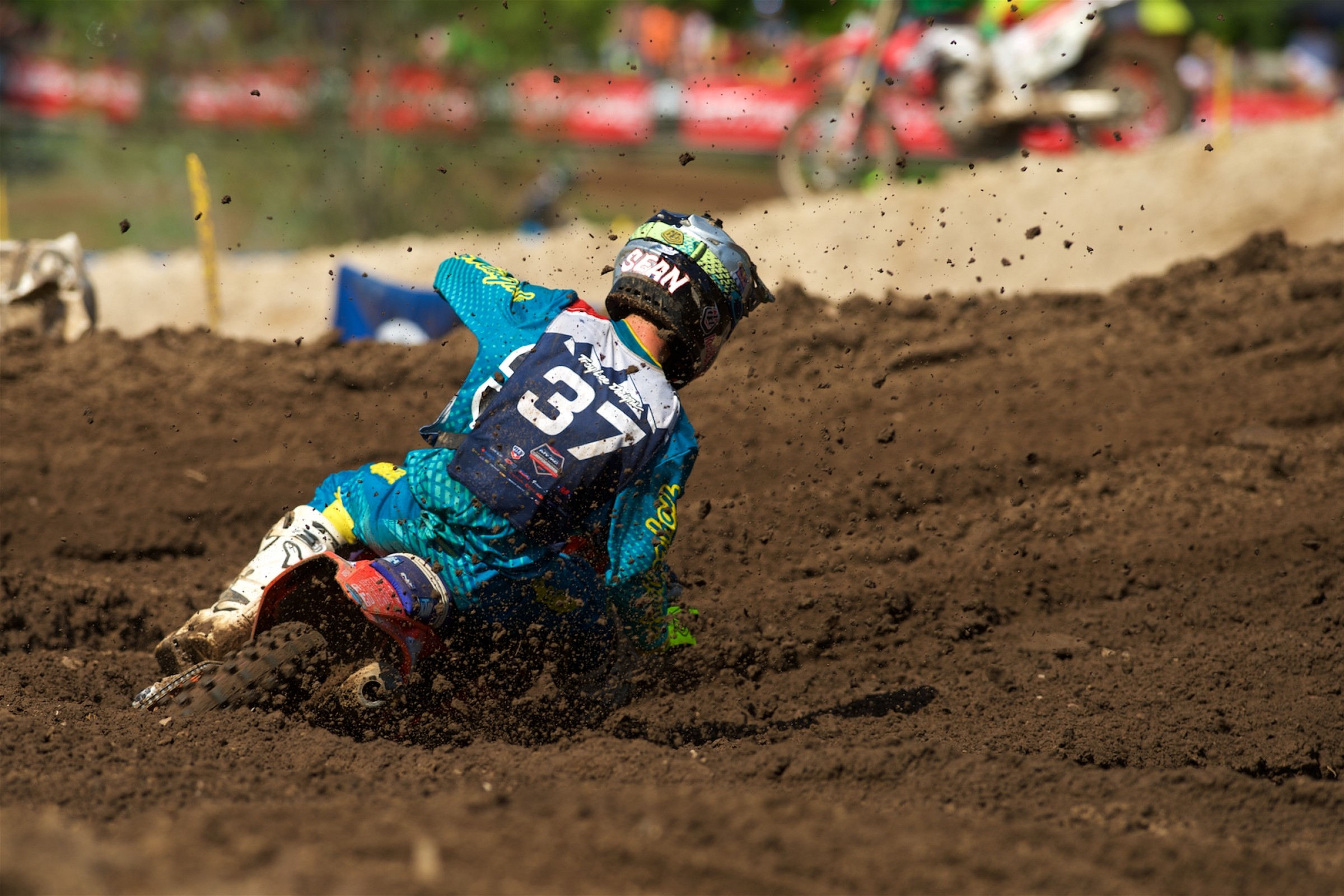 Titles started to be decided on Friday at the 35th Annual Rocky Mountain ATV/MC AMA Amateur National Motocross Championship, presented by AMSOIL, at Loretta Lynn Ranch. Fittingly, the sun came out and the track turned into its usual dry, rough self for the first set of third motos. Here are some title tales.

The +25 class had plenty of stories. It started with Austin Stroupe working a comeback with a first moto win. But he crashed out of moto two. Robbie Reynard won that second moto on a YZ125, and appeared to have the title in hand in moto three, until his bike started slowing halfway through the race. RR held steady until two laps to go, when the carriage turned into a pumpkin and blew up. It was a classic Loretta’s heartbreak story.

Meanwhile, Michael Byrne, in his first-ever trip to the Ranch, finally got a dry moto and showed what he could do by notching the moto win. A first-moto crash in the mud left him out of title contention, though, opening the door for New York’s Michael Stryker, a former professional rider and later a pro mechanic. Stryker took podiums in the first and third motos to notch an emotional championship in a class full of drama, characters and storylines.

KTM is still whipping its Orange Brigade amateur program into shape while also merging with the Troy Lee Designs KTM team. If the 65cc class is any indication, it appears the brand will have some real talent in the ranks a few years down the road. Hunter Yoder and Daxton Bennick scored back-to-back 65cc titles on Friday, and even though one hails from California and the other from North Carolina, they hung out on the podium together. KTM has been holding camps for the Orange Brigade crew to build camaraderie—and wins.

You can argue that 250 B is really the most critical class at Loretta’s these days, because several talents (Aaron Plessinger, Shane McElrath) rode B success to factory rides and eventual pro deals, and superstars like Cooper Webb and Austin Forkner went straight from B at Loretta’s to Hangtown. This is good news for Team Green’s Jordan Bailey, who took this year’s 250 B title with 1-2-2 scores. The favorite in the class was Garrett Marchbanks, but he struggled with 21-1-7 finishes.

Also, Jake Masterpool came from behind to win that final 250 B moto, and was so pumped he did a burnout on the podium. Winning in that class is a big, big deal. By the way, his brother Ty notched the 85 Mini Sr. 2 title.

Jett Reynolds has been a destroyer at Loretta’s. In fact, his results have been better than anyone here over the last few years. The 85cc rider is working on his fourth-straight year sweeping both of his classes (which would be a new record) and on Friday he got the first with solid 2-2-2 scores in 85 (9-11) limited. He has a shot at his eighth title today.

Brandy Richards is the Women’s All-Star Champion with strong 1-1-3 finishes. In Women’s 14+, Jazzmyn Canfield and Jordan Jarvis continued their weeklong duel as they came into the moto with 1-2, 2-1 scores. Jarvis came out on top in this one for the title, and the two will race it again out today on smaller bikes in the Girls class.