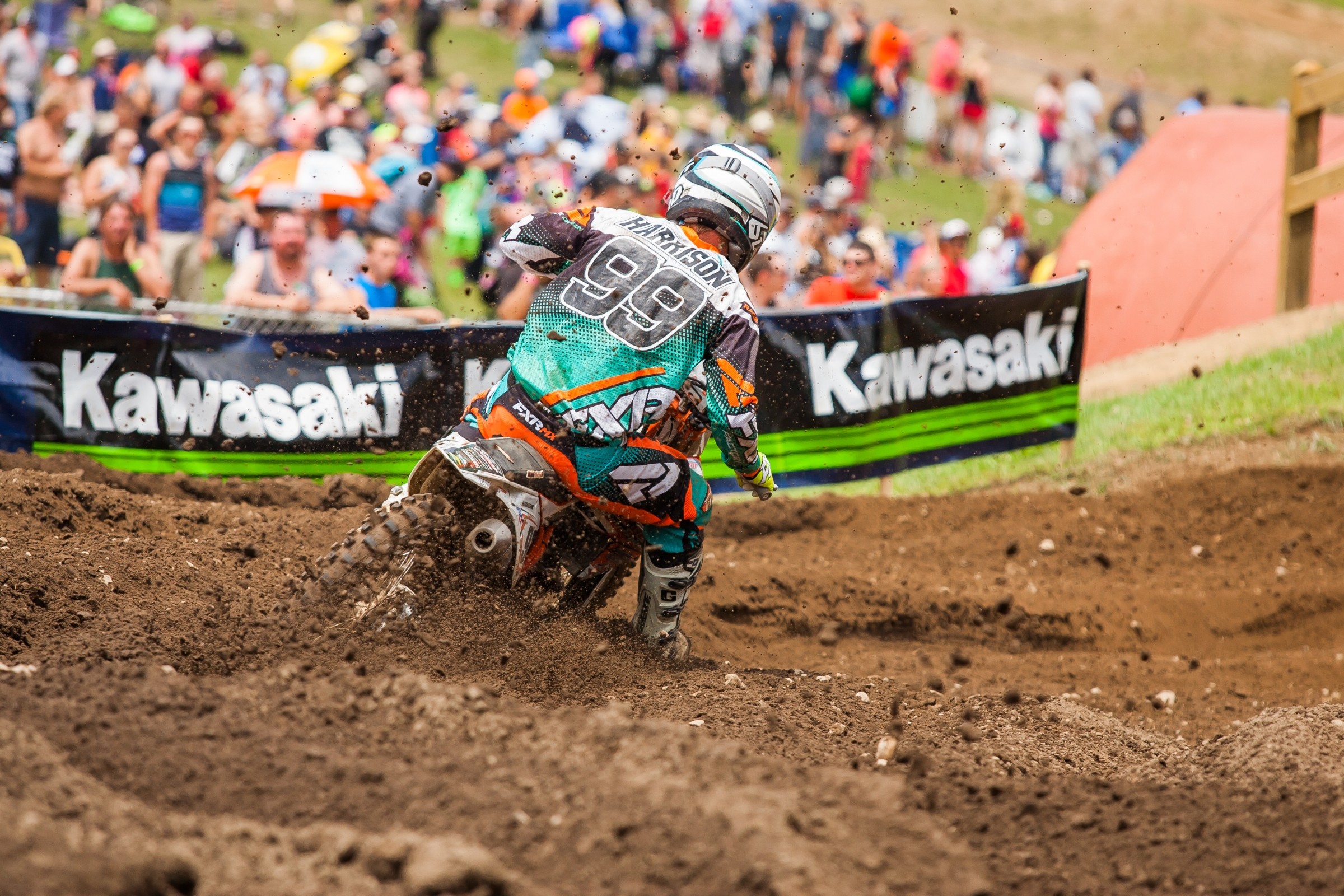 It’s been six years since Heath Harrison turned professional. Since then the Alabama native has had flashes of speed with a few top twenty showings, but nothing that really made him stand out.

Then, out of nowhere, he finished a career-high thirteenth overall at Muddy Creek with 12-15 moto scores and backed it up with a fourteenth overall at RedBud (Harrison went 14-17 on the day). “These past two weeks I’ve beat a lot of factory and factory supported guys, so that’s a pretty good feeling,” Harrison said earlier this week.

To have a rider finish mostly outside the top twenty for six years and then have a spike in results is rare in this sport. More and more, though, riders are gaining the confidence to run with the top dogs with the hope of getting off Privateer Island. Harrison’s gained an edge the past two weeks; what was it that truly made the difference?

“I was staying down south with Parker and Zak Mashburn and I had the chance to ride Parker’s KTM and I liked it,” Harrison explained.

Harrison had ridden Kawasakis for most of his professional career, outside of a brief spell on a Honda in 2012. He says that since the switch to KTM his confidence has soared. The biggest difference: being able to pull starts.

“I ran eighth for the first twenty minutes of the first moto at Muddy Creek,” he said. “I made a few mistakes and fell back to twelfth by the end of the moto, but I was still pretty stoked about that.”

With the original plan of racing just the East Coast rounds this season, Harrison made his debut at High Point. He did well there, but didn’t realize what was to come.

“At High Point I was just stoked going 19-21, but compared to Muddy Creek it wasn’t that great I guess,” Harrison told us. “You can tell yourself that you believe in yourself, but at the end of the day you really don’t until you do it. Muddy Creek was that point where I believed in myself.”

The 23-year-old began the outdoor season with money he saved from doing local races and the AX Tour, where he’s won the championship the past two seasons. He has some local people helping him out as well as some industry sponsors, but he pays for almost everything himself. He even has a mechanic, who gets paid in food, that travels to all of the races with him.

The privateer life is what Harrison is used to. On the way to races Harrison and his mechanic live out of a van and do what they can to pinch pennies to make it to the next round. “When we were sitting on the line this past week I don’t know how it was brought up, but I was talking with Benny Bloss. I told him how my mechanic and I sleep in the van during the week and how we snag free breakfast from hotels,” Harrison said. “Bloss was loving it!”

Depending on how the last nationals go this summer, Harrison may race the last four GNCC rounds. He enjoyed doing a 24-hour off-road race before the nationals started so much that he wants to spend more time in the woods. “I’m just a kid that likes to ride his dirt bike and I want to make a name for myself,” he said.

It’s been a frustrating, but eventful journey these past six years on the circuit. What has kept Harrison chasing his dream for so long?

“I believe that I can get a ride,” he said. “If I didn’t feel like I had a legit chance at getting one then I wouldn’t even be here.”

Harrison is open to any opportunity that may arise. That means he would race in any country, as long he can ride his dirt bike. For now, Harrison is looking forward to Southwick this weekend. He grew up riding in the sand and is expecting big things, especially if it rains. Those might not be ideal conditions to a lot of riders, but for a privateer used to working through tough conditions, it might actually help propel him to another strong result.