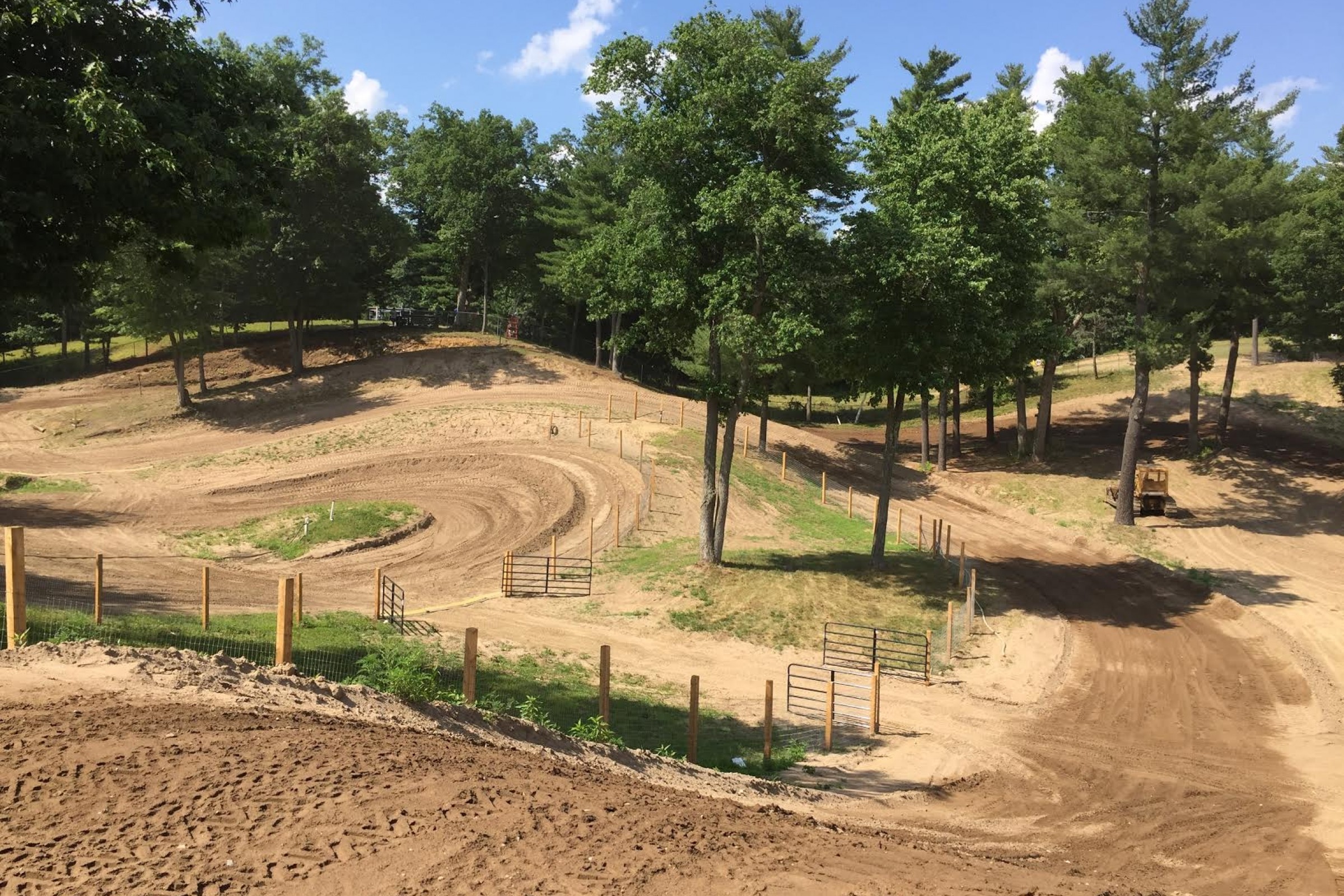 Late in second 450 moto on Saturday, we reached Peak RedBud. The fans were going absolutely crazy, and really for no specific reason. Ken Roczen had long since vanquished any hope of a battle for the lead, and the last big duel left was between Blake Baggett and Marvin Musquin for fifth place. But the people were going nuts—I could hear it through the TV cameras. At times I could even hear it through the darned walls of the TV truck, even while wearing headphones. By 4 p.m., the fans were no longer cheering a pass, crash or duel on the track. They were cheering the whole darned weekend.

Then, the podium. Oh, that podium. I’ve gone to RedBud 15 times now but no matter how you brace yourself for it, no matter how mentally prepared you are, that podium still shocks the system. You can see it with the riders.

I remember interviewing Kevin Windham up there in 2005 and both of us basically lost focus for a moment, just shell shocked by the noise and craziness. This was Windham, perhaps the most polished podium performer, perhaps the best ever at working off of the power of those cheers, but even he just had to stop talking for a moment to collect his thoughts and determine if this was all real. The podium that day felt surreal, and we weren’t even, ahem, partaking like all of those fans out there. I can’t even imagine what it felt like to the masses.

But while that 2005 podium seemed unlike any other, it was actually exactly like every other RedBud podium through the years. You know it’s coming, but it still catches people off guard, kind of like a giant wave at the beach. You see it, you want it, it knocks you down anyway. The podium got Eli Tomac this weekend. He was initially bummed with his second-place finish, but as the crowd engulfed him with chants and cheers, air horns and more, he had to pause and smile momentarily. Later, he was probably back to being bummed and trying to figure out how to solve this Roczen problem. But during that podium moment, he could not help but be happy. That kind of love is contagious.

RedBud always brings it, because those fans will go nuts even if the only battle on the track is for fifth between Musquin and Baggett. But special moments are not exclusive to just one track. I still remember Millville’s celebration in 2007. It was Ricky Carmichael’s last national, and while he still had a Motocross of Nations date and a few other things lined up, Peak Ricky, his absolutely specialty, the absolute zenith of his powers, was going 1-1 at Nationals. The fans that day knew they would not ever see anything quite like this again, so they squeezed every last drop from it. When the final moto was over, the gates on the side of the start straight were opened to let the fans flood across the track and get closer to the stage. It was probably 6 p.m. and yet somehow the crowd actually seemed larger than at any point in the day—as if people were coming into the facility after the motos just to pay respect!

By the time Carmichael got up there, it was like the darned Pope was about to give a speech. I overheard some fan using the standard, “Man, I just don’t know what it’s going to be like when he’s gone.” It was as if Ricky or the sport would cease to exist after that moment. The races are still going, and Ricky is still around. But that podium that day was treated as if it was the last podium ever.

These are the really fun moments. When everyone in the whole place is watching for the same thing, and it happens, the event becomes more than just the sum of the parts. Jeremy Martin has already won at Millville, as has Ryan Dungey (although not on the same day). But what if the Martin brothers go 1-2 there next weekend? Unforgettable. It’s like Cooper Webb and Shane McElrath battling for the moto win at Muddy Creek, pushed by their local fans. We’re talking Bob Hannah finally winning at Unadilla in 1986 in front of the faithful that had watched him try and fail for ten years, or Damon Bradshaw winning at High Point in 1997 after all of his troubles, or John Dowd and Doug Henry winning both the 125 and 250 classes at Southwick in 1998.

Ah, yes, that’s where I’m going with all of this: Southwick. It’s back. This is going to be a magical time because of all of these old tracks, I can’t really remember one with such a loyal following actually closing up…and then returning to glory. You think that might make for a special weekend?

Southwick is certainly unique. The actual dirt surfaces at a lot of the Nationals are more similar than ever (RedBud was once hard packed and is now sandy, Southwick is likely less sandy than it once was) but the atmosphere is different at all of them.

RedBud is massive. It’s huge. Our new West Coast Editor Kyle Scott got a look at it for the first time this year, and I told him he would have to pick a side of the track to watch. It’s simply too large to see everything at one time. RedBud reminds me of Daytona back before they ripped down the old back grandstands as part of the #DaytonaRising revamp. Daytona has a massive set of stands on the front stretch, but there was another set along the back. They were so far apart, it was tempting to ask, “Wait, there’s a whole ‘nother track over there?” Nope, those grandstands were a mile away, but they were part of the same racetrack.

The LaRocco’s Leap side of RedBud is really far away from the ski jump side. Bigger is better, right? RedBud is huge, and in the center sits a giant grass field where the fans gather so they can push up close to that podium. That’s what makes it.

Southwick is small. It’s amazing how tiny the track’s actual land area is compared to some of the others, and it feels further constricted because the track is literally right in the middle of town. An elementary school sits right across from the parking lot. There’s an American Legion post (a bar, ostensibly) right on the property. But while RedBud goes big on bigness, Southwick’s smallness is part of the charm. When things are going well, it seems like the fan’s screams can reach their heroes in every corner and over every bump.

I remember Henry coming out of retirement for the umpteenth time on a YZ250, and leading a moto while his wife ran the pit board. As the pack started to close on Doug, she eventually just wrote “!!!!” on the board. Meanwhile, the fans were following him around the track and you could tell where Doug was just by listening for them.

Back in 2001, Travis Pastrana had the 125 overall win on lockdown but still wanted to go after the moto win. Brock Sellards had a decent lead, but all at once it was like the fans collectively realized, “Oh crap, Travis is going to go for it!” and started roaring his every move. On the last lap, he made the pass, the place went nuts (because Travis was popular at every track) and the podium went off.

That’s the power, folks. That’s the excitement. The tracks themselves are one thing, but the overall atmosphere of an event makes them what they are. I have a feeling we’re in for an unforgettable one this weekend.