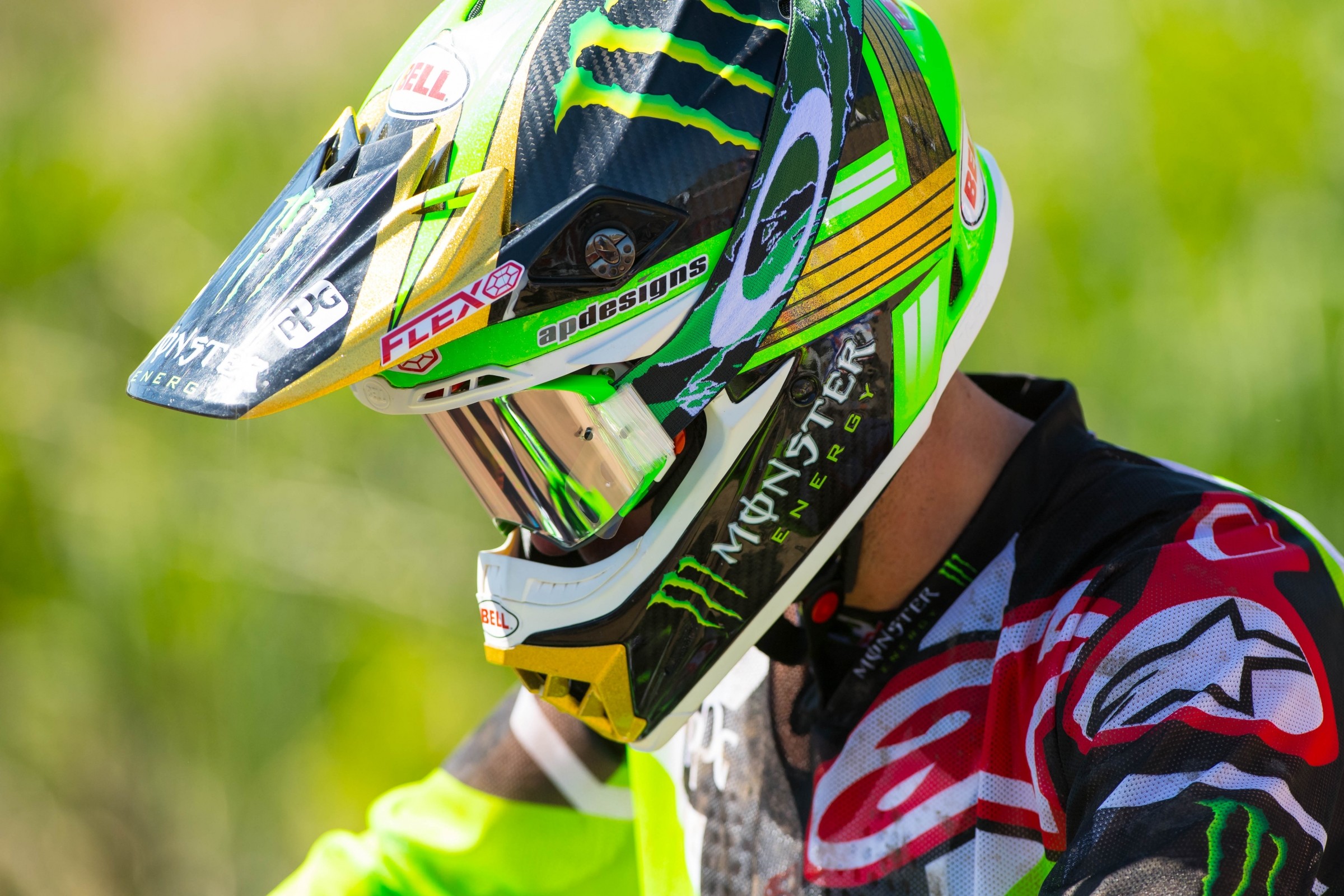 In 2013, Ken Roczen rolled right past Eli Tomac to win both motos of the Lucas Oil Pro Motocross 250MX opener at Hangtown. Early in the season, Kenny had things dialed, taking five moto wins out of the first eight. Tomac was struggling with, well, his starts, and everyone was saying if he could just get off the line maybe he could start winning more often.

He never really solved the start thing. He actually just solved everything else. Mid-season Eli caught fire and started going so fast the starts didn’t even matter. He would just bulldoze his way to the front in every race. At Washougal he went 1-1, then 1-1 again at Spring Creek, Unadilla and Utah. By then, with eight-straight moto wins, he had wrapped up the title with a race to go.

Something flipped along the way. Roczen had everyone’s number when the season began and left High Point with a fifteen-point lead over Tomac. But at some point Eli found the right setting, the right mood, the right feeling, whatever it was, and became almost unbeatable. He clipped that fifteen-point lead down to one, and then Roczen crashed hard at Millville and DNFed a moto. Tomac would have a points lead he wouldn’t relinquish.

(2013 Lucas Oil Pro Motocross results are listed below. Results represent points per moto during the 2013 season.)

We’re still waiting for that Eli Tomac to show at the races, and it’s needed now more than ever. With Ryan Dungey out for the summer with a broken vertebrae, and Jason Anderson failing to score a point in Thunder Valley due to altitude sickness, the points have spread dramatically. Roczen holds a twelve-point lead over the idle Dungey, with Tomac a full twenty-nine back. Anderson has dropped from fourth to seventh, and Trey Canard, who is now fourth, a whopping forty-six points behind Roczen.

If anyone is going to take this championship away from Roczen, it will now have to be Tomac.

Roczen looks so dialed in right now that any such charge seems like a long shot, but there’s a certain Eli Tomac that could do it. That Eli Tomac is still in hiding. It’s like a watch for Bigfoot now, with some glimpses, but it never turns out to be the exact thing.

For example, Tomac is undefeated in qualifying, with the fastest laps at all three races. Each time it seems to signal a charge, but it hasn’t worked in the races. Unfortunately, he was often blazing fast in practice and his heat races in Monster Energy Supercross but couldn’t replicate that in the races. As the tracks got rougher, his set up issues became more apparent. Finally, late in the season, his bike turned around, but his starts never gave him a shot to measure himself against Roczen.

We might be at that point again. The starts just haven’t been good—they were at their worst at Lakewood. In an outdoor moto, a guy like Eli can overcome a tenth place start, but not twentieth. When he rallied to win that 250 title in 2013, he never became a holeshot master, he just started well enough to let his ridiculous speed take it from there. Heck, his 2015 pace might be enough to win from almost anywhere. Can he get that back? A lot will depend on his machine, as he continues to look for the right form on his new Monster Energy Kawasaki.

“Yes, it’s much closer now,” he said after Thunder Valley. “I can go out there and ride like I want, and that second moto I felt like I did. We’re getting a lot closer there.”

Tomac’s determination is noticeable during the post-race media sessions. He looks completely unhappy battling for the podium—he expects to battle for the win. But we’re only six motos into twenty-four, so there’s plenty of time.

His second moto at Glen Helen was an improvement, and the team made only a few refinements for Lakewood. The second moto in Lakewood was even better, and finally, for the first time this season, Tomac had a moto with a faster lap than Roczen. Could this be the start of something?

Twenty-nine points is a lot to make up, but there’s time and places for it to happen. The only drama left in this championship is the search for the Tomac who can get back into it.