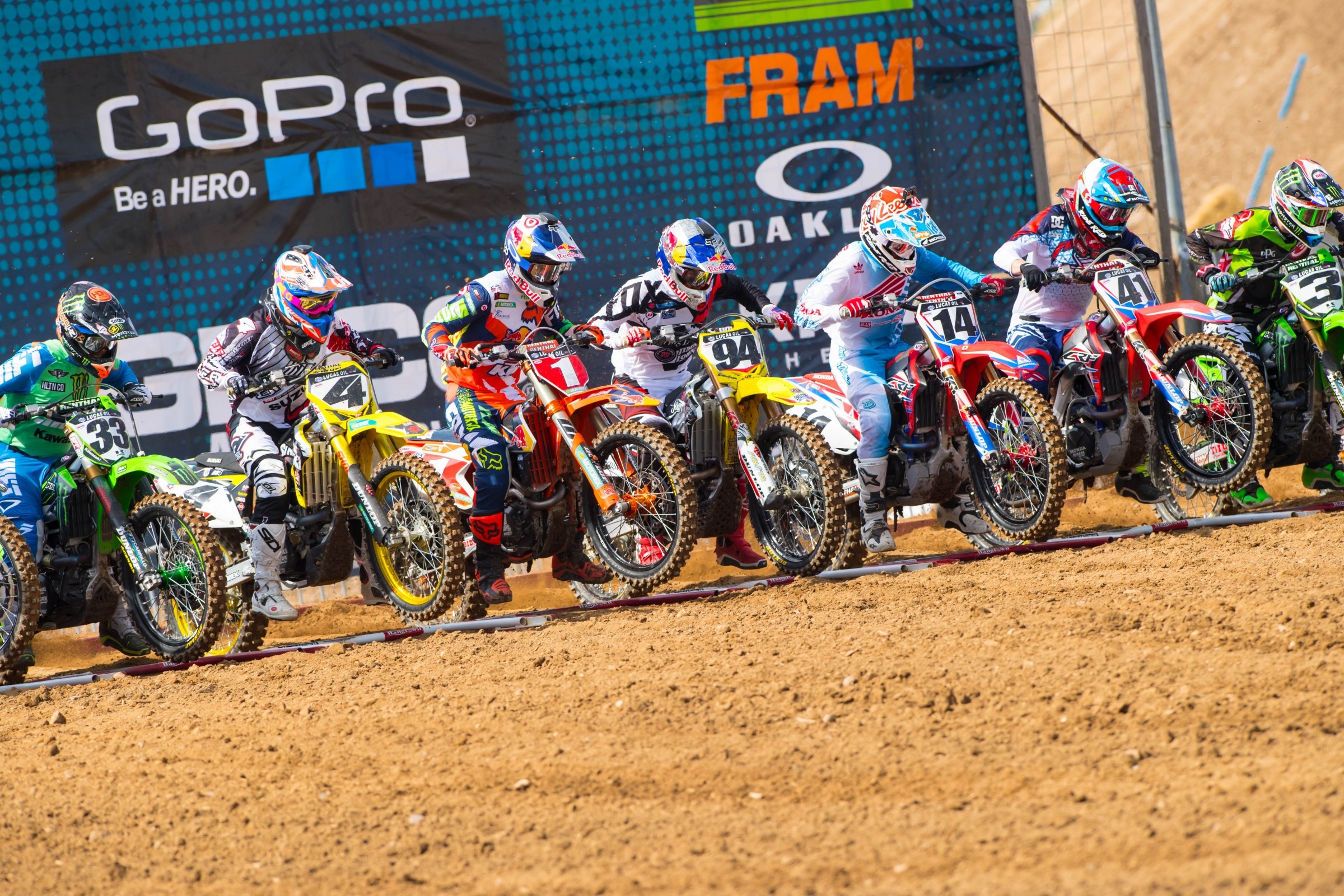 We get all pumped up before every championship season with #DeepField, but this year we have the numbers to prove it. Twenty-one. That’s the number of riders with factory support on the gate in the first 450SX moto at Hangtown, which is more than half the field.

There’s been an upward trend in team participation in Lucas Oil Pro Motocross’ big class. There’s a fuzzy line trying to determine which riders can fit under the umbrella of factory support, so it’s a little easier to define it by the number of riders that race for “a big team.” Last year we counted 18 riders with a similar level of support—but it could be 17 since Vince Friese was there on his own. We also count 17 from the 2014 opener at Glen Helen. But let’s go further back and you’ll see the numbers have changed dramatically.

So what’s behind this growth? I can throw out a few ideas. First, we simply have more brands, powered by KTM’s renaissance. The brand’s participation in the big-bike class used to be spotty; now we have five works 450SX-Fs under Ryan Dungey, Marvin Musquin, Andrew Short, Justin Brayton and Benny Bloss. KTM has also powered Husqvarna’s reboot, with Jason Anderson and Christophe Pourcel making that brand a contender. The KTM/Husky combo alone adds up to seven factory bikes on the gate.

When you look to Short, Brayton and Bloss on BTOSports.com-WPS-KTM, it underscores the growth of the satellite teams in the sport, and that’s had a huge impact on the field. Rockstar Husqvarna is a full-factory unit now but grew from Bobby Hewitt’s private outfit that once funded its own Suzukis. And speaking of Suzuki, the brand now has four strong machines via two teams—Yoshimura Suzuki, which is the outgrowth of the traditional Team Suzuki factory squad, and Soaring Eagle/Jimmy John’s/RCH Suzuki, which also carries the factory tag. This was once Carey Hart’s labor of love, but today it’s a team that can go toe-to-toe with anyone, evidence by Ken Roczen’s race win.

Finally, a toast to the health of this year’s field, as well as a knock on wood. We’ve been lucky this year on the injury front. Even the few absentees we do have—Wil Hahn—have been replaced by capable riders like Josh Grant. When you’re looking at each top team running more than one rider—Canard/Seely at Honda with Justin Bogle alongside them, Tomac/Grant at Monster Energy Kawasaki, all three AutoTrader/Monster Energy JGR Yamaha men—and you’ve indeed got that #deepfield. Just watch the two motos from Hangtown and you’ll see it. The battles go deep, and it’s fun to watch.