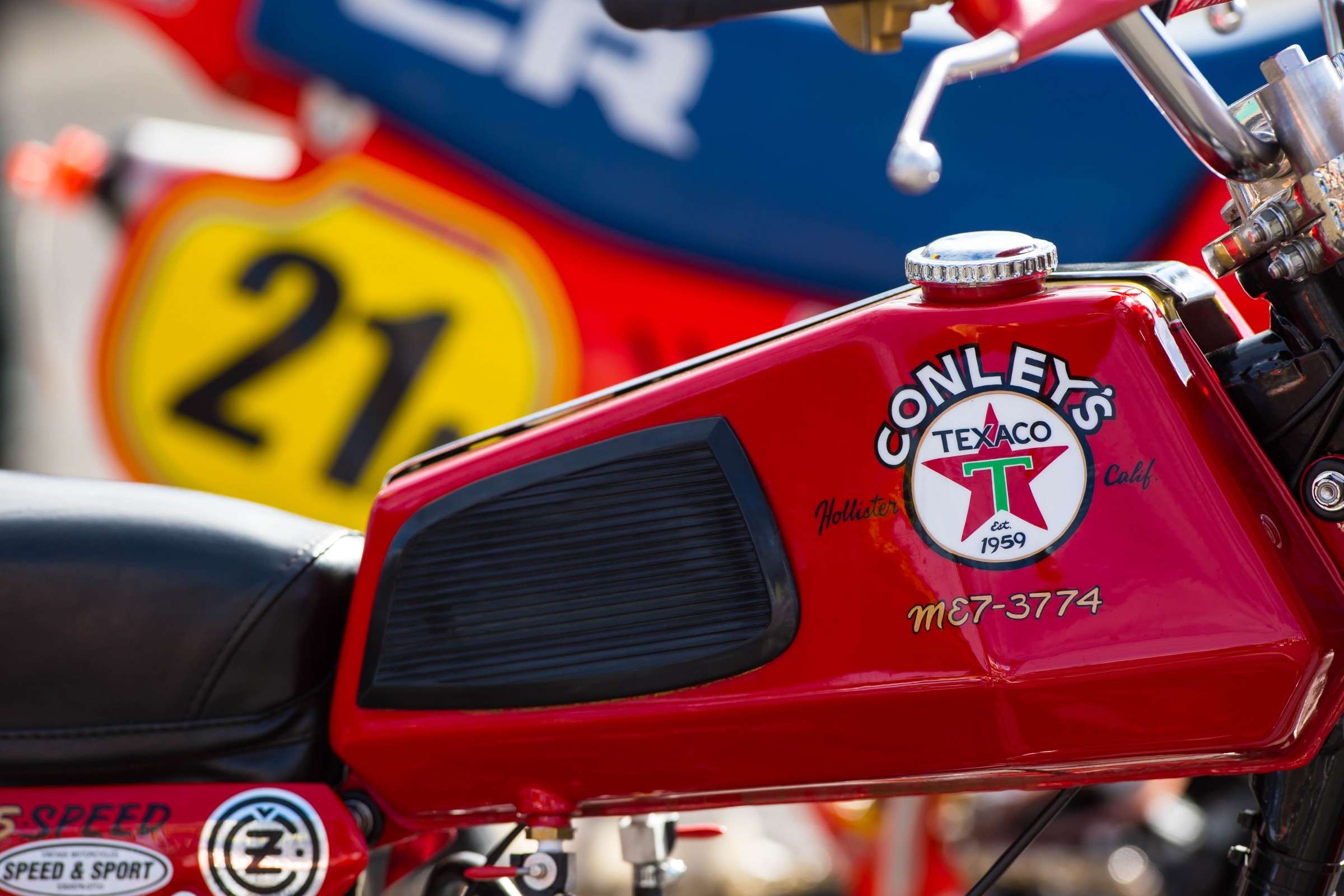 Red Bull KTM’s Ryan Dungey was recently featured on the website theCHIVE teaching the finer points of how to wheelie. According to their site, theCHIVE is the world’s largest photo entertainment website and boasts an “average of 3 million visitors per day and churns out over 26 million visitors per month with 170 million monthly page views.” It’s a big website and yet another avenue that is beginning to pay attention to the sport.

Kanye West, the rapper with a recent propensity to go on Twitter rants about … well, all kinds of things, has hired Pete Fox as president of his Yeezy brand. Pete was most recently the chief creative officer at Fox. Prior to that, he was president of the company from 2001-2014. As you know, Pete’s father and uncle, Geoff and Bob, founded Fox in 1974, and today it's one of the most popular gear brands in the sport.

I had honestly never heard of Yeezy prior to this, so, I did what everyone does nowadays and used Google. I found this interesting article from Business Insider in August 2015:

Kanye West fans were in a frenzy this weekend after the rapper's latest line of Adidas sneakers, the Yeezy Boost 350, immediately sold out.

Fans waited in hours-long lines outside of Adidas stores from London to Chicago to get the sneakers on Saturday, but the majority of the $200 limited edition shoes were reserved for customers who had pre-ordered online.

Apparently, it is quite popular.

Earlier this year, Toby Price won the world’s toughest off-road race—the Dakar Rally. Price, 28, was the first Australian to win the event and the first rider to win in just his second attempt. Just finishing Dakar is a testament to one’s ability. For Price, though, he’s lucky to be walking after a crash in April 2013 left him with a broken C6, C7 and T1 vertebrae. Vice Sports recently talked with Price about his injury, Dakar and more.

Red Bull Does it Again

Red Bull recently teamed up with snowmobiler Levi LaVallee and turned the town of St. Paul, Minnesota, into their own personal playground. LaVallee, a ten-time X Games medalist (across six different disciplines) from Minnesota says this is something he’s always dreamed of. "As a kid, you’re always looking at things like ‘Oh, I could probably jump that,’ when you’re driving through a city. To be able to actually go do that, it was like a fairy tale.”

Was he afraid of any of these jumps? "There were quite a few different ones that had me questioning myself. There was quite a few high risk jumps out there. One that I was really nervous about to begin with was the bridge drop. That was scary, until I actually did it, then I realized it wasn’t so bad."

Read his entire interview on Red Bull, it’s worth it.

How can you not love Andrew Short

Prior to the start of Monster Energy Supercross, Andrew Short announced that 2016 would be his final season of professional racing. Since his announcement, Short has sustained a few bad injuries—his latest coming in Atlanta. This past weekend, FOX Sports ran an excellent profile on Short and his upcoming retirement.

Congrats on making it into the piece, Moser!

If you’re one of those people whose major concern with electric cars or bikes or whatever is losing the pure sound of racing … you may want to turn away. Formula E is a new FIA single-seater championship and the world’s first fully-electric racing series, and maybe even the future of racing. (Hopefully not!) Check out some highlights from a recent race in Mexico City for a glimpse of what the future (please, no!!!!!) may hold.

If you live in the Pacific Northwest, or are for some reason an Oregon Ducks fan living in say Texas, you’re in luck—the official custom made Oregon-themed motorcycle is on the market. You’ll just need to slap down $24,999 (reduced from $26,999) and it’s all yours. The ad on Craigslist says it’s the “official 2015 U of O bike” and has a custom paint job (obviously), stage 1 exhaust from Vance and Hines and more. If you’re feeling froggy, jump on this thing.

THIS MADE MY FREAKING WEEK. Waffle House—the oh so delicious Southern chain restaurant—has their own RECORD COMPANY. No, seriously. They’ve produced such hits as "There Are Raisins in My Toast," and “They’re Cooking Up My Order,” and more classics. They also encompasses a broad range of styles: from gospel, to bluegrass, to R&B. And they’ve been doing this for more than 30 years. NPR has more:

The idea to make Waffle House-inspired music first came from Waffle House co-founder Joe Rogers Sr. in the 1980s. He had high standards for the work, Buckner says. "If it sounded too much like a commercial, it got the ax."

Back then, if a song made the cut, Buckner said, it would be recorded and pressed on vinyl 45s, which would then make their way to Waffle House jukeboxes — which played a range of popular music, as well as the house-made tunes.

Their most recent song is called "Color Me Gone," which you can check out below.

Wiper Blade for Your Helmet

Like riding your hog even when it rains? Tired of trying to wipe your visor while doing 120 down the freeway? Rainpal has you covered. Lane Splitter has more about the device:

Rainpal claim the kit will even diminish visor fogging too. That fogging is caused by differences in temperature on the interior and exterior of the visor, and keeping cold water off the front helps reduce the temperature Delta.

Unsurprisingly, this invention comes from England, where it rains just a tad more than it does here in Orange County. The unit weighs 150 grams which shouldn’t add too much weight too the helmet, but could feel odd concentrated on the visor.

And you can check out this commercial as well.

The 2016 MotoGP season starts this weekend in Qatar and I’m super pumped. Like, I just spent over a $100 dollars for the OnDemand coverage because Fox Sports isn’t carrying coverage this year, pumped! With all the rule and tire changes, this season may even top an incredible 2015 season. Two-time MotoGP Champion Marc Marquez recently spok with Motorsport.com about last year and this season. This was interesting:

"It's obvious that some riders have more media power than others. And they have earned it. But it's a different thing when you use it against someone.

"Every time I ride the bike I do my own thing, doing what I think it's best and, above all, give 100 percent. On track I don't let anyone influence me."

We’re already off to a good start. Read the entire interview here.

Go-Karting in Russia is pretty awesome