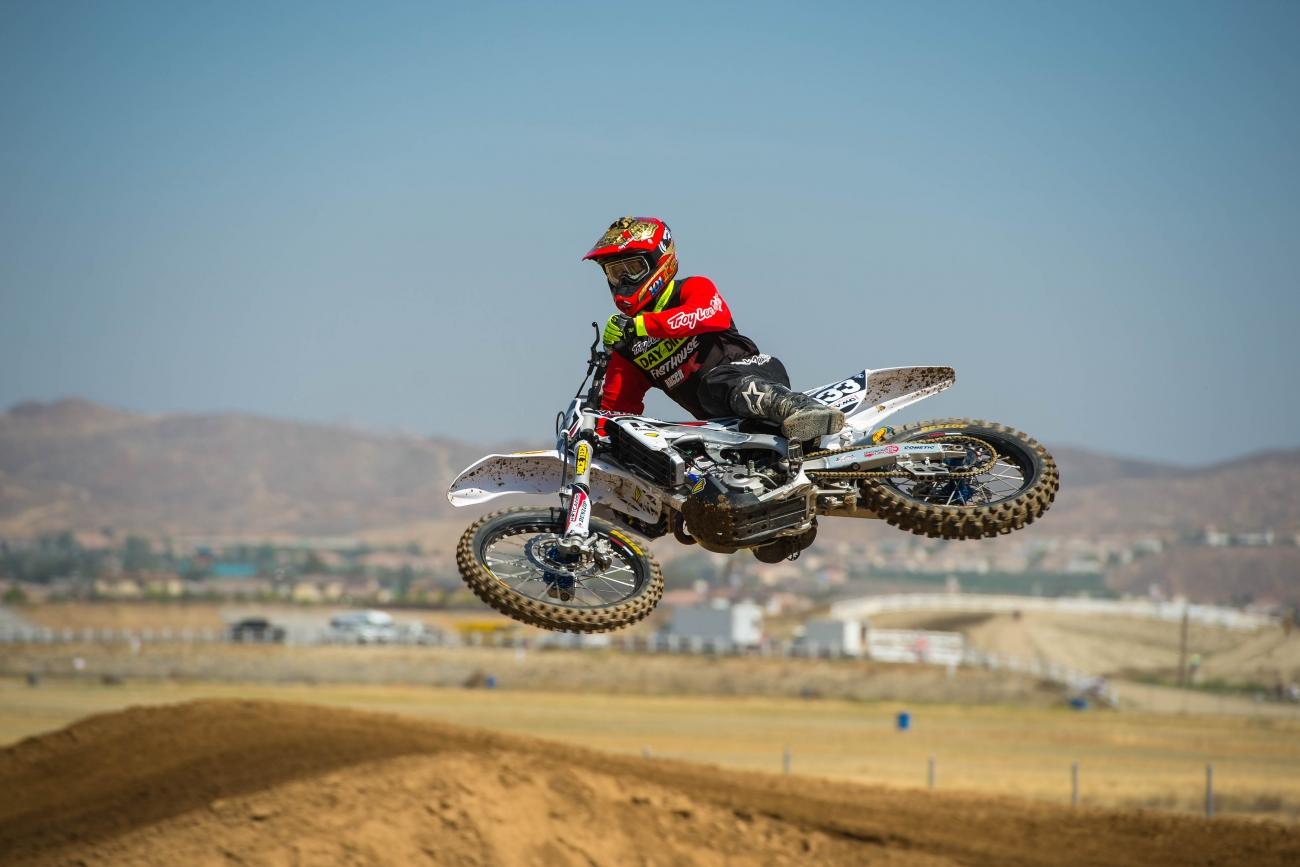 I have Dungey / Wheaties questions. I finally picked up a box (or 4). You know, a few to actually eat and one to save. Anyways, looking at the box closely, I noticed several things. Obviously, everyone has seen the "Levis" thing, but here is my list.

1...Not his bike
2...Not even a real "Factory Edition" (just a regular SXF with Dungey plastic and pipe)
3...Why the heck are his boots unbuckled on the back of the box?

I would love your opinion on why this stuff slips through the cracks....or, maybe...why it was purposely done this way? Feel free to forward this to:  General Mills, att. Wheaties box cover person.

People who are losing their minds about the details of this Wheaties box need a change of perspective. Start by realizing how small our sport is in the grand scheme of things. I love dirt bikes as much as anybody but to think our sport is in the same stratosphere as baseball/football/basketball/soccer/NASCAR/Formula 1 in terms of popularity or revenue generated is delusional. That said, the majority of folks [mostly moms] picking up a box of Wheaties at their local grocery store have zero idea who Ryan is. They don’t. They also aren’t aware that racers don’t wear jeans when they ride and I promise you that they don’t care about his boots being unbuckled. Oh, and they have a better chance of finding the lost city of Atlantis in their toilets than realizing that the bike Ryan is standing on isn’t his actual race bike.

The only people freaking out are the diehard fans who notice when one of the logos change on their favorite rider’s graphics. It’s the folks who sit on moto forums all night bickering about how Bob Hannah would fare against the current champion. Hey, here’s some breaking news: We still haven’t figured out time travel so that whole concept is just stupidity.

Please don’t get caught up in the details of the Wheaties picture and just appreciate that our beloved sport is getting some major play with the general public because of the racer and the man that Ryan Dungey is.

I was just reading the “10 Things to Watch” for A2 and it just clicked that, with the suspension and A1 injury, Stewart hasn’t completed a full lap in a Supercross main event since 2014. When thinking back over James’ career his speed and raw talent comes to mind, but also his seemingly bad luck and crashes also come to mind. I think back to Daytona ’11 when he had a huge lead over RV2 but he was still seat bouncing the wall jump lap after lap which eventually came up and bit him and cost him the race. He is SO fast and talented that I think his instinct to want to “show off” his speed does more damage than good. I feel like the crash at A1 was also caused by this. In the middle of the first lap when everyone is packed in so tight, he tries to cut down in a tight bowl turn and ends up getting t-boned.

My question to you is: when you were racing, did you have the mind-set in the first lap or half of a lap to ride more conservative and try to avoid carnage instead of trying to pick off 4 or 5 guys? Everything is so intense in the first lap that if you manage to get a good start like Stewart did and you’re running top 5 that there’s no need to cut down in a corner to try to make a pass for the lead in the first lap. BUT, what do I know??? Thanks for the insight and the weekly column!

It’s easy to armchair-quarterback that move now that we know the outcome. Would I have cut down and tried making a pass on the opening lap? Probably not. But Stewart has a lot of race wins and titles that I don’t have so if I start giving him suggestions on race tactics and strategies I start to look like the guy with all the concussions. My tendency was to always hold my position and let things settle down before I made moves. Do I need to remind you how many titles that earned me? Champions get to the front as quickly as they can because it is easier to pass more riders when they are bunched up. Vice champions and non-champions? We hesitate and finish second.

If we are going to dissect this I’ll give you my opinion and you can take it or leave it. If you look at the gap James had over Ryan coming down that rhythm section, it was just big enough to make it difficult to hear Dungey’s bike and sense where he was. It is also very loud during the opening laps of a main event and, even if he was close, he might not have heard him. Add to that the extra excitement of the opening round and the fact that Stewart hadn’t raced in over a year and I’m sure James had a near-lethal dose of adrenaline pumping. His move wasn’t unsafe or irresponsible, it just happened to be bad timing because of Dungey’s line entering the turn. Let’s move on.

Greetings from the UK! I have a very quick question regarding testing. Do teams ever use the “placebo” tactic like they use in drug trials? Or would lying to the test rider about the modifications made to his bike be frowned upon? So much has been written about the components that certain riders feel comfortable with ( ie. Roczens forks ), that if you told him he had something different to what was fitted, and the rider correctly identified it, it would give you greater confidence in knowing you were going in the right direction.

Even if you don’t put this question onto the site, I would really appreciate your time in answering this little question for me.

Many thanks,
Haydn Smith

It happens. Teams probably don’t broadcast it because it makes them look like dicks and it makes the rider look stupid, but it does happen. This can also be used to test the waters when a rider is having trouble choosing a direction or giving feedback. One time when I rode for Pro Circuit, the suspension guy there, Bones, hit me with the placebo move. It was at the end of a long, long day. We had probably tested hundreds of thousands of fork and shock settings at this point and I was exhausted. Still, there was something in the shock that I couldn’t get quite right so we kept at it. At one point Bones said, “I think I know what it is. Here, try this. I’ll bet this is what you’re looking for.” He then proceeded to fiddle with the compression adjusters on the shock [I later found out he opened it two clicks and then put it right back where it was]. I went out and rode two laps, my standard move when testing, and pulled back in. I sat there for a second and then looked at Bones and said, “Yeah, I think that’s better.” Bones smiled at me and said, “Alright, let’s call it a day.” When he told me later what he did I was a little pissed but he could tell I was getting tired and my feedback was getting sloppy. He didn’t want me taking us all down the wrong path so he “placebo’d” me. Like I said, it happens.