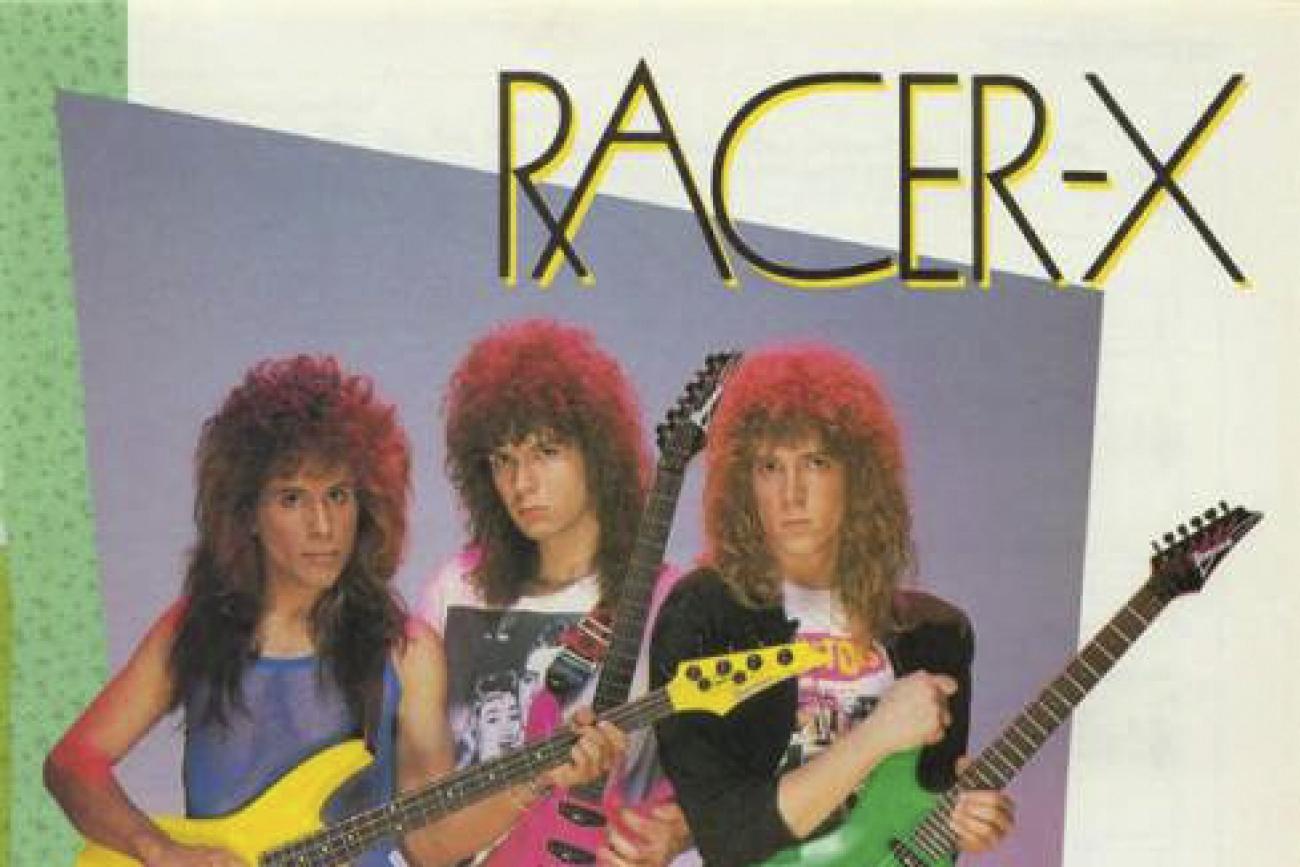 Woohoo, The Word On... has made it one year! Thanks for your continued support. We, mainly myself, never thought the idea would last more than a week or two, as the comment section would overfill with "This is stupid. It has nothing to do with moto." Well, we did get a lot of that in the beginning, but it's become an awesome place to share the stupid, funny, smart (rarely), annoying stuff I stumble upon while "working." Thanks to Mr. Weigandt for giving this stupid column a chance.

Now, go read some stupid stuff from around the web.

This is the Best Video You Will See All Year

At some point this year, I've probably spouted off, declaring (insert video name) as the greatest of the year. I'll apologize for that now—because Darklight IS THE BEST VIDEO YOU WILL SEE ALL YEAR. Sweetgrass Productions, in association with Swedish creative house Alhstrand and Wallgren spent three weeks in Southern Utah and the Ewok Forests of the Pacific Northwest, following professional mountain bikers Graham Agassiz, Matt Hunter, and Matty Miles to produce the beautiful masterpiece that is Darklight.

The Belchatow Coal Mine in Poland was the site of the 2015 Red Bull 111 Megawatt. The Megawatt is a Taddy Blazusiak signature event that combines more than sixty kilometers of motocross, EnduroCross, and hard enduro—basically, it's insane. After the event this year, Blazusiak and race winner Jonny Walker returned to the site to do some killer play riding—and it features KTM's KTM Freeride E, which appears to be a pretty gnarly bike. You can do it—it's electric!

While Taddy and Jonny make the course look like child's play, you may want to reconsider your trip to Poland to compete after watching some highlights from this year.

Fury Road, the fourth installment of the Mad Max franchise was released earlier this year, starring Tom Hardy and Charlize Theron. The film was a huge success, grossing more than $300 million worldwide. As part of their marketing campaign for the ACE 570, Polaris released a killer adaptation of the day the ACE 570 met Mad Max.

You know what's lacking in MotoGP right now? Drama. So, certainly, a 2013 Cribs-style video of Jorge Lorenzo, which sparked a ton of outrage at the time and was pulled down almost immediately after it was posted, needs to resurface, right? I'm obviously kidding, as MotoGP is a hot mess of drama heading into the final round this weekend. (If you want to catch up on it all, here is a pretty good overview.)

Back to the original story. So, in 2013, Monster made a Cribs-style video with Lorenzo at his home in Spain. Americans eat this stuff up for breakfast, but the people of Spain did not. The video was produced by Monster and featured models at the house, etc.—basically a typical Monster video. There was immediate backlash—mostly because Spain was in the midst of a massive financial crisis and unemployment was at record highs—and the video was quickly pulled down. (You can read about it here.) Long story short, there is a ton of drama in MotoGP surrounding Lorenzo and Valentino Rossi, and someone decided to dig this video up, which you can watch below.

Oh, and this dropped today as well. You may want to tune in this Sunday; there's sure to be fireworks.

CAS Rejects Valentino Rossi's Request To Suspend Penalty: Will Start From Back Of Grid At Valencia https://t.co/uVFUvnK44O

Sports press conferences tend to be—how do we say this nicely—boring. They generally follow the same course, no matter what happened in the game. Unless, say, a coach losses his cool, and it turns into a viral video. Now that’s entertaining. Weird Al Yankovic, yeah, the same guy that made all those bizarre parody videos back in the day, absolutely nailed every cliché ever to come out of a sports conference.

Golf Ball to the Face

I'm still trying to wrap my head around how exactly this happened.

When Popping a Wheelie Goes So Terribly Wrong

We've all had those moments: we try and look cool to impress a chick or something, and we blow it. This guy just had one of those moments. Luckily, he was smart enough to have a helmet on and reportedly walked away with a case of road rash.

Hands down—scariest thing I've ever seen. Per an ABC report, the guy in the video below, who was an experienced skydiver, got his leg stuck on the plane's ledge as he attempted to make a jump. He hung there thirty minutes! Not thirty seconds—thirty minutes! In a MacGyver-esqe move, he cut his pant leg, deployed his parachute, and made it to the ground safely.

From the terrifying, to the...terrifying in a completely different way. Following a 2-2 draw, the club president of Turkish soccer team Trabzonspor locked the referees inside the stadium because—wait for it—he was mad at them. No, seriously. Per the BBC, he was pissed about a late call. This is all kinds of crazy.

Cagatay Sahan and his assistants were held on the orders of club president Ibrahim Haciosmanoglu after failing to award the hosts a late spot-kick in their 2-2 draw with Gaziantepspor.

Haciosmanoglu claims he only allowed the officials to leave after a call from president Recep Tayyip Erdogan.

A smartphones' video quality makes everyone feel like they are awesome "filmmakers." They are not. But, if you think you are, NBC Sports is holding a $10,000 film contest—open to anyone. Here's how it works, thanks to Awful Announcing:

The documentaries have to fit a couple criteria: 1) They have to run ten minutes or less on any sports topic. 2) The entries can be submitted between November 9 and January 12 and have to include originally shot footage. All the rules of the contest can be found at this link.

Five finalists will be announced on February 4, 2016, and will be flown to Austin to attend a watch party. The finalist will be determined by a group of panelists, but visitors will be able to vote for their favorite submissions via the CPTR’D web site. This seems like a sports version of American Idol (without the always inebriated Paula Abdul) .

US Grand Prix a Disaster

The Formula One Grand Prix of the United States at Circuit of the Americas in Austin, Texas, was a complete disaster—in more ways than one. First, Mother Nature. Remnants of Hurricane Patricia dropped all weekend, cancelling and postponing sessions. Okay, you can't control that. But, COTA tweeted out that Saturday's free practice would be canceled and that the circuit would open at noon due to conditions. That's not what went down. From Jalopnik:

In particular, Formula One’s decision to run free practice three at 10:00 a.m. on Saturday after COTA had told many fans that it wasn’t opening until noon due to unsafe conditions at and around the facility left many fans with a horrible taste in their mouths. That’s right: F1 ran a session leading up to its feature race of the weekend—which many people expected to count as qualifying due to storms expected later in the day—before the track officially reopened to fans.

The track isn’t owned or managed by the billion-dollar F1 racing enterprise, but by an independent ownership group. Each year the track's ownership group pays a fee to Formula One for the privilege of hosting the race. It is widely speculated that the fee is large enough that all of the sales tax revenue the state gives up, about $24 million a year, is paid to Formula One.

Earlier this week, COTA parted ways with CEO Jason Dial. It's crazy that a race that got a reported 101,667 fans on race day could have lost this much.

Super Long Read of the Week

Speaking of F1, Andrew Lawrence of Sports Illustrated wrote a tremendous profile on mega-star Lewis Hamilton. It details his beginnings, his rivalry with teammate Nico Rosberg, the immense scrutiny he faces, his struggles after winning his first championship, and how his lifestyle is different than most drivers. It's super, super long, but even if you don't like racing, you should enjoy it. Here's a small excerpt:

That's the other secret F1 keeps: The enmity between their drivers is something fierce. The constructors, by turning their points into the real object of this championship, made this so. They don’t care so much about how they score, but they know that an internecine rivalry can only help their numbers—as long as no cars get hurt in the process, naturally. They cast the die for the Hamilton versus Rosberg rivalry.

You could call Rosberg the Drew Bledsoe to Hamilton’s Tom Brady—that is, if Nico weren't racing for a Formula 1 juggernaut that sprang from his own country, or the son of 1982 F1 champion Keke Rosberg. On top of that enormous pressure, Nico Rosberg has had to reckon with Hamilton, who has been taunting him since go-kart days. Because of their long history, the two tend to get on like brothers—friendly to each other one minute, pushing each other’s buttons the next.

My God, it's come to this. Swiss automobile manufacturer Rinspeed has released some teaser images ahead of the 2016 Consumer Electronic Show, and of course it has a place for a drone to land. Why can't we just have cool things and not do stupid stuff?

The design allows the driver to take a conventional, hands-on approach to navigating the roads or to forgo the steering wheel as an autopilot system takes control—a technology already pursued by such companies as Apple, Mercedes Benz, Tesla, and Google, among others. While in autonomous mode, the steering wheel retracts into the dashboard as the car’s exterior uses sensors to quickly learn and adapt to its surroundings.

The concept car's futuristic capabilities don't end there. Located on the rear deck of the vehicle is a landing pad for a small drone, which can be used to record the scenery or an adrenaline-filled ride.

They call me Bond. James Bond.