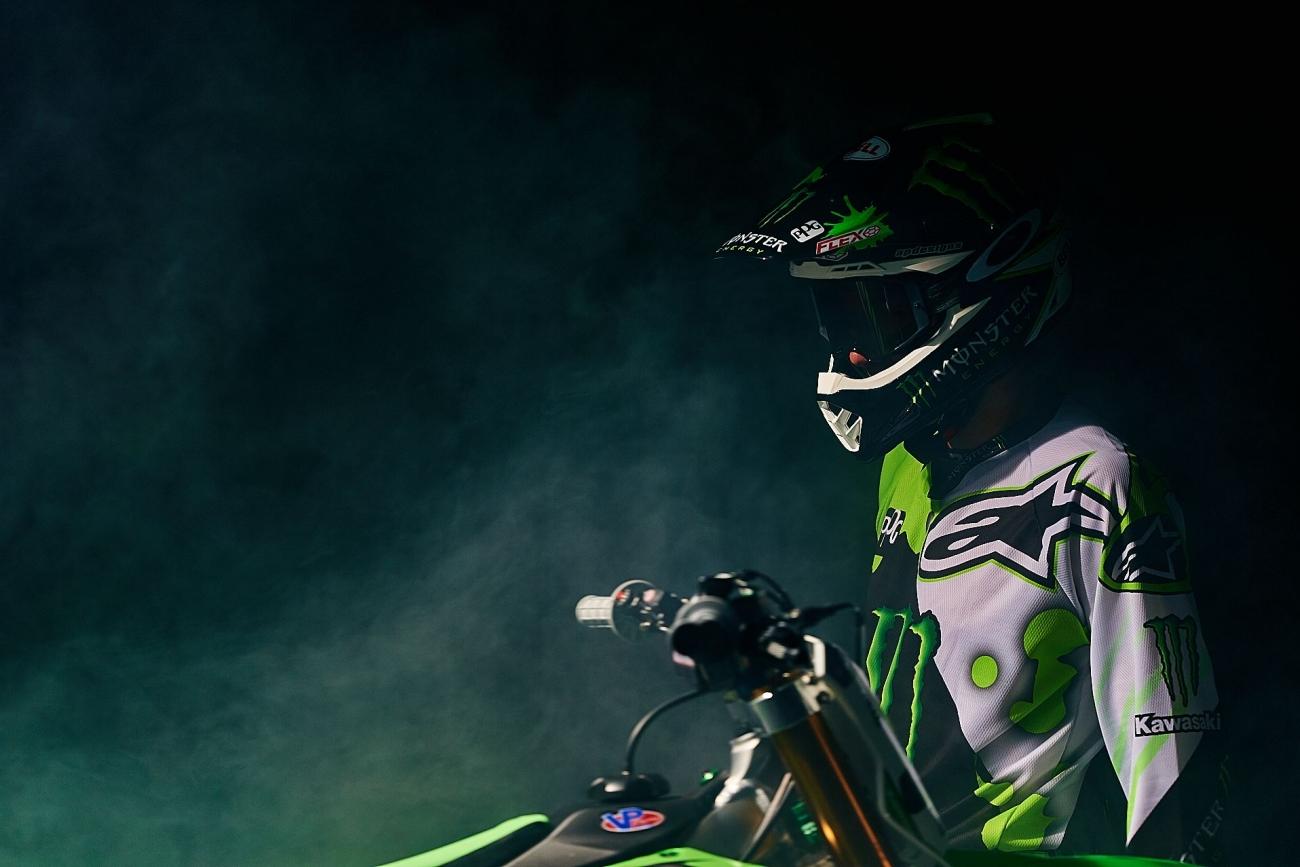 Davey Coombs: Personally, I don't think it really matters which bike Eli Tomac is on. What's more important right now is how he bounces back (no pun intended) from that huge crash at Thunder Valley in June. Then riding a GEICO Honda, he was in complete control of the 450 Class in Lucas Oil Pro Motocross until he lost control in Colorado. He hit the ground with such brutal force that he jacked both shoulders up. He's still on the mend, taking his time and trying to keep being the big-picture guy he's always been.

Switching over to Monster Energy Kawasaki will certainly provide a change of scenery for Tomac. It's like seeing Doug Henry sitting on a Kawasaki, or Ricky Carmichael on a Yamaha, or Jeremy McGrath on a KT-, er, um, scratch that last one.

Monster Energy Kawasaki started looking for a replacement for the seemingly irreplaceable Ryan Villopoto two years ago, when the writing on the wall started becoming more clear that he would not be at it much longer. RV was the perfect package for supercross, giving the brand (not to mention the series' title sponsor) four straight championships, something only Jeremy himself had ever accomplished. They didn't find him this past season, as Davi Millsaps never quite meshed with the bike, so when they began talking to Tomac, they knew they not only had the need for a high-end guy, but the backing too, via Monster Energy. They came to terms well before his big crash in Colorado, which is why I now say the shoulders are a bigger issue than the bike—Kawasaki has an excellent package in not only the bike but a proven staff that is used to winning championships.

Now they've got a rider who can get them back up there, though it may not happen right away. And when Eli does get back up to full speed, I hope he turns it down just a little from where he was in late May and early June—he's got so much raw speed that he can afford to play that big-picture game on the racetrack too.

Jason Weigandt: We've actually known about this Tomac to Kawasaki deal for a long time now (back during supercross), but haven't made a big splash of it out of respect to Eli, Kawasaki, and his old employer, Honda. But it's key to know that this deal was signed before Eli started crushing everyone in the 450 Nationals. It was strange hearing him praise his bike while already knowing he had plans to move on.

Honda has revamped its racing efforts with help from HRC in Japan, and the bikes just keep getting better (and rumors say the 2017 CRF450R will be all new and really, really good). But as much as Honda wants to win, I think Monster Energy and Kawasaki needed this even more. It was not a good season for Monster riders, with just one 450 supercross win via Chad Reed, two 450 national wins with Justin Barcia, and one 250 win in total, with Joey Savatgy's Unadilla triumph. As for archrival Red Bull, did you see that race over the weekend with James Stewart, Ken Roczen, and Ryan Dungey in a starring role? Yeah, the Monster Army needed some firepower to go after those guys, and Tomac might be the most potent weapon in this sport.

Honda wanted to keep Eli, but Monster Energy and Kawasaki needed it. The combo should work well, as Kawi's team is well proven and they have a new KX450F that seems pretty impressive. Eli is still off the bike due to his shoulder recovery, so his adjustment time before Anaheim will be limited, but I think he'll be fine in due time. But will he ever get back to the level we saw in the 2015 Nationals? That's an exceptionally high standard, but the folks at Monster need it to happen. I wouldn't bet against it.

Update: Wow, did you folks check out Eli's interview from this morning with Eric Johnson? I think this summed up everything: "I feel like I have more potential with this team and with this chassis, so that's where I’m at with it right now." There you go!

Jason Thomas: This news is finally breaking, but as Weege said, we have known about this for quite a while. The real story here is for Kawasaki, I think. This was not a good year for a team that had come off of four straight supercross titles thanks to Ryan Villopoto. Although, leaving the 2014 Monster Energy Cup, it seemed that maybe they could keep the ball rolling with Davi Millsaps' impressive ride. As we know now, that just didn't pan out on many levels. Early in the 2015 season, Kawasaki had to be wondering what their next move would be. Not only would that question involve new riders, but also the replacement of team manager Reid Nordin.

This signing stamps Monster Energy Kawasaki's presence back into the forefront of the 450 class. It had been so long since a Kawasaki wasn't in the title fight that it was almost being taken for granted. This past season was a reminder of just how tough this class can be without a rider performing at the highest level. Eli Tomac is a strong answer to this year's dilemma. He was a player in many supercross races, his only nemesis being a few untimely crashes and bad starts. Overall, though, his second place in the series served notice that he was on an upward rise.

And then there was the outdoor season.... Eli Tomac's first five motos were some of the most impressive I have ever seen in person. He was destroying the field with a pace that I struggle to comprehend even today. If his deal was not signed by the first national at Hangtown, I can promise you that Kawasaki had his contract emailed, FedEx'd, and probably on the Pony Express as backup by Monday morning—it was that impressive. And that version of Eli Tomac is really the rider that Kawasaki needs in 2016. They need a rider capable of countering KTM's Ryan Dungey, Suzuki's duo of Ken Roczen and James Stewart, Yamaha’s Justin Barcia, and former Honda stable mate Trey Canard. Kawasaki grew accustomed to winning via James Stewart and Ryan Villopoto.... Is Eli next in that line?