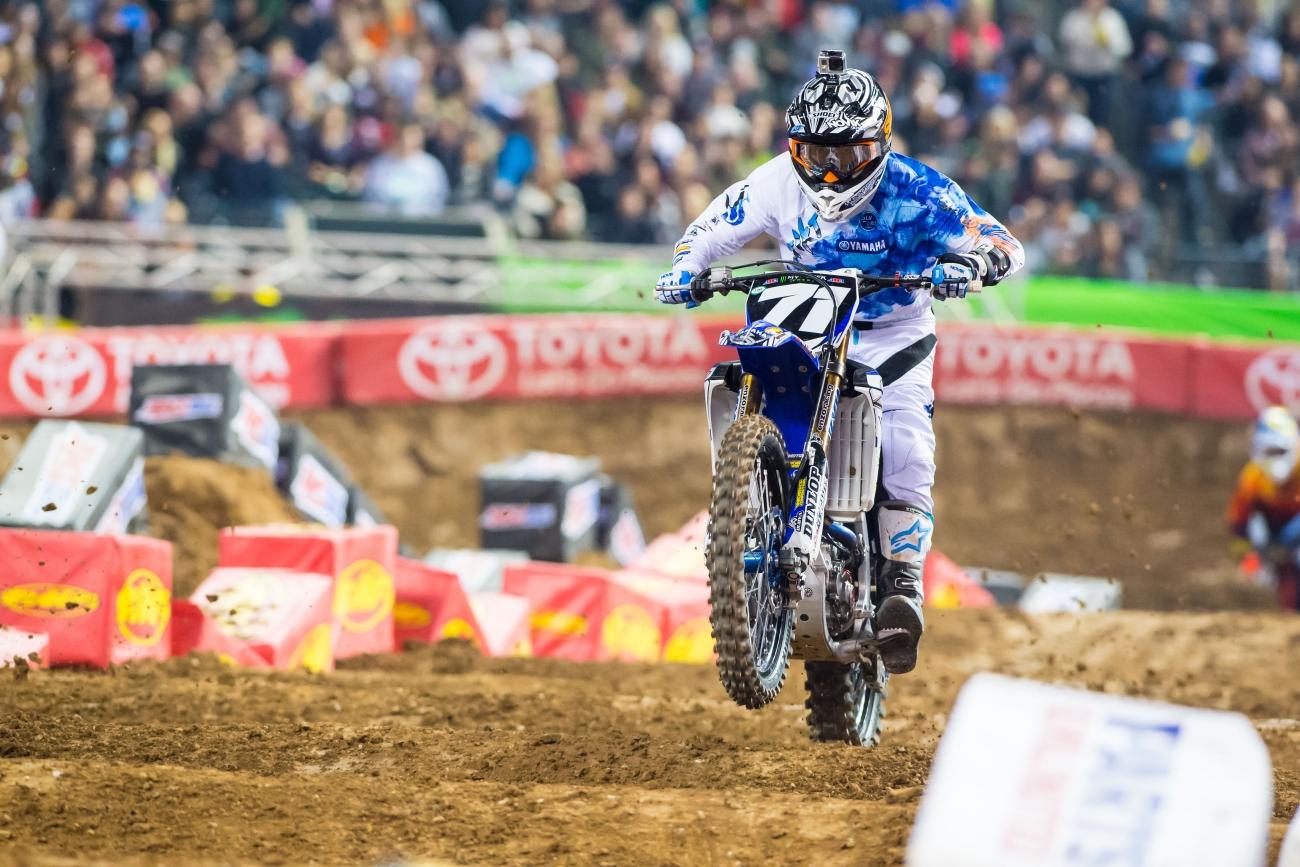 During the off-season, fans and media alike look forward to one day. No, we're not talking about the Motocross of Nations, the Monster Energy Cup, Red Bull Straight Rhythm, or any of the European races. We're talking about the first of October.

What's so important about October 1? It's the day when riders can typically announce their new deals for the following season. As far as riders in America go, Cole Martinez has been one of the only riders to announce a new deal to the media. Martinez will be riding the West Region of Monster Energy Supercross in the 250 class with Barns Pros/Home Depot Yamaha.

He offered his thoughts on the deal Tuesday morning, just as he was on his way to Milestone for his second day of supercross practice.

"We've been working on it a little while now and putting all of the small pieces in place," Martinez said. The bike package is what initially sold Martinez on the deal. "The Barn Pros team just seemed to be the best fit for me, and I liked what they were using for suspension as well as their motor program."

Since Martinez just recently signed the deal, he hasn't had the chance to meet up or ride with the team, but the team is expected to travel from their headquarters in Washington to California to meet with Martinez and test in the coming weeks

Results wise, the 2015 season was a mixed bag for Martinez. He finished fourteenth in the West Region of Monster Energy Supercross and tied his career-high tenth place at Anaheim 3. He had two eleventh-place finishes as well.

"I think last year was definitely my best year to date," Martinez said. "I think it should have been a little better in a few places, but I was definitely happy with the way it went."

"I'm aiming to be in the top five; I don't see why I can't get there with the people I've surrounded myself with."

After supercross, Martinez accepted an offer to race the CMRC Rockstar Energy Canadian Motocross Nationals for Team Monster Energy Thor Kawasaki. His results varied; however, he did manage to lock down a few fourth-place finishes.

"I think I definitely had the speed [in Canada]. I would like to go back up there and prove to everyone that I can win," Martinez, who missed three rounds with nerve damage in his right shoulder, said.

Other than the racing experience, Martinez enjoyed the atmosphere of the Canadian races. He was surprised at how laid back race day was, as well as how friendly the people at the track were.

"Oh, man, it's more laid back than the amateur nationals are here," Martinez said. "It’s fun. They take it serious, but everyone gets along and is willing to help one another."

After the completion of the Canadian Nationals in mid-August, Martinez took a month-long break from riding. He did his training and helped roommate Cooper Webb at the track from time to time, he also got to hang out with friends and family during this time, which is something that he often doesn't get to do. The break also helped him mentally prepare his goals for the upcoming season.

"I hope to get the team its best finish yet, and get my best result as well," Martinez said. "I'm aiming to be in the top five; I don't see why I can't get there with the people I've surrounded myself with."

Martinez attributes a lot of his success this past season to his trainer Gareth Swanepoel. Swanny is no stranger to having success with racers, most recently with Webb, Aaron Plessinger, and Broc Tickle. Martinez also gets plenty of advice from Webb as well. He will have the same training program for 2016.

For the next few short months, Martinez will not be doing any races, instead gearing up for Anaheim 1. He's still very impressed with how far he has come in just two short years. The surprise of knowing he belongs and racing with the two-digit guys is long gone, but at heart he still considers himself lucky to be able to race a dirt bike for a living.

"Yeah, Plessinger and I were talking the other night about how cool it is," Martinez said. "We just get to ride and race dirt bikes—it's pretty sick!"

"I want to give a special shout-out to the Wentworth family (BW134)—I love you guys! Also, I’d like to thank Barn Pros, Justified Cultures, Gareth Swanepoel, Dave Kertz, Dave Cruz, Dt1 Filters, all of my friends and family for sticking behind me, and everyone else who has my back." –Cole Martinez #68