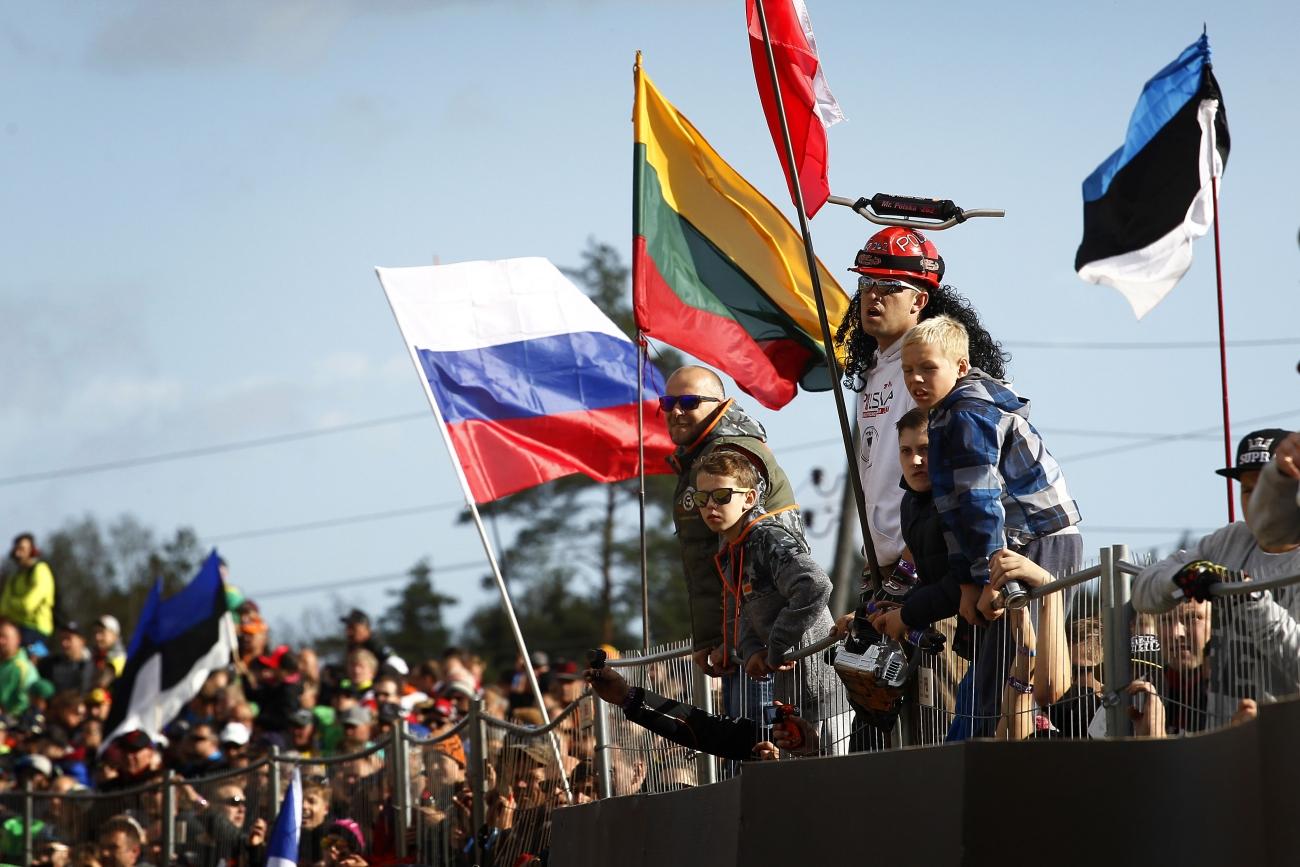 This weekend marks what I consider to be the most interesting race on the motocross calendar, the Motocross of Nations. For the second time in ten years, we will head to northwestern France to visit the Moto Club Ernee. Located almost two hundred miles west of Paris, the Ernee course can be accessed via Paris or flying into the local city of Rennes. The track is located about one hundred miles south of the Normandy beaches, deep in the French countryside.

The last time we visited Ernee for the MXoN in 2005, it was Ricky Carmichael leading teammates Ivan Tedesco and Kevin Windham to victory. American involvement at this facility extends much further into history, however, as the late Donny Schmit won the 125 class at the first ever Ernee GP in 1990. Even with the successes that Americans have enjoyed here in the past, make no mistake that this will be a very tough venue for Uncle Sam and company. This is a very French-friendly racetrack, and the throngs of fans will be urging them on every lap of the weekend.

The course itself is what I would typically expect from France. It’s hard and a bit rocky, a far cry from what the Lucas Oil Pro Motocross Championship usually offers up. It’s very similar to what the French team’s riders would have grown up practicing on. It won’t be deep or offer excess traction, but will be more dependent on finesse and keeping momentum on the many uphills and downhills. In other words, it’s exactly what the French riders would draw up when looking for a home-track advantage.

Defending champion France, the United States, and Great Britain all come in with stout lineups. Of these, the French look to be on the precipice of a repeat victory. Although they had a strong lineup in 2014 and won the race, they have improved significantly this year. Leading the team is Gautier Paulin. If anyone remembers the performance he put in last year in Latvia, it left no doubt about why he was given the reigns again and placed into the MXGP class again. Flanking him in the MX2 class is two-time world champion Marvin Musquin. Musquin is coming off of a tough loss to Jeremy Martin in Lucas Oil Pro Motocross, but he was the best we have ever seen him all season long. Last but not least, the French Open rider will be newly crowned MXGP world champion Romain Febvre. In his rookie season, Febvre caught fire and ran away with this championship. He beat Paulin for that title, but Paulin gets the MXGP slot, I presume in respect to what he did last year. Needless to say, this is an all-star lineup waltzing onto home soil. They have all ridden this track before and will undoubtedly enter the race with great motivation and even greater confidence.

The Americans have a bit of a different look than in previous years. Justin Barcia is the senior member and team captain. He has been down this road a few times before and knows what to expect. He’s been working hard in recent weeks in an effort to put in his best MXoN result yet. He is no stranger to France, either, making many appearances at the Bercy Supercross in Paris. Joining Barcia on Team USA will be two-time defending 250 National Champion Jeremy Martin. Last year marked Martin’s first time at this event, and he gutted through a broken foot to ensure a podium finish. He looks to rebound this year and show the world what he is truly capable of. The most interesting entry on the American card is undoubtedly Cooper Webb. A 250 rider, he is making the leap up to the big 450 machine for the weekend. He got a taste of what’s to come last weekend, riding the bigger bike at the USGP at Glen Helen. He was very fast, nearly winning the first moto and backing that up with a third-place finish in moto two. Webb brings a lot of emotion and enthusiasm to an American team looking for its first win since 2011.

The Redcoats are coming! The Redcoats are coming! While Paul Revere may have been more efficient onboard a 450, he definitely can see a talented team rolling into northern France. Led by veteran Shaun Simpson, Great Britain is looking for a podium after narrowly missing the box last year. Simpson turned in his best season to date, with two overall MXGP victories and a fourth overall at the Unadilla round of the Lucas Oil Pro Motocross Championship. He is accompanied by MX2 star Max Anstie, who was very much in the championship discussion this year. Anstie was a bit inconsistent at times, which will be something to watch this weekend. If he can put in his best result, he will be on the podium for MX2. The Open rider is none other than Dean Wilson. Deano is a Scot by way of Canada and now lives in California. His Scottish accent, SoCal style, and undeniable skills on the bike add a bit of flair to the Queen’s entry.

The wild card here is Belgium. Last year’s runner-up, the Red Knights are missing their leader, Clement Desalle. Still, the team of Ken de Dycker, Julien Lieber, and Jeremy Van Horebeek is nothing to sneeze at. De Dycker is the question mark here, as he’s dealt with injury for much of 2015. I can’t help but remember his heroic performance at Teutschenthal just two years ago, though, when he brought the victory home for Belgium. Lieber should be fine in MX2 although that class is always a bit unpredictable because they are almost guaranteed to start in the back of the pack. The 2015 season hasn’t been quite as kind to Van Horebeek as 2014 was, but he still has the potential to be right in the mix. This team is the sleeper. No one is expecting much, but they have all of the tools in place if things go their way.

Morocco: I just don’t see much chance for the West African hopefuls. Sure, they have the magic of Casablanca to rely on, but when the gate drops on Saturday afternoon, I think they might get their kasbahs rocked.

Morocco’s riders, Soulimani “Soul Man” Abdelhalim, El Mejjad “That’s What She” Said, and Gabari “Who’s Your Mommy” Houmame are bringing spice and sand but have their work cut out for them.

Croatia: I’ll be honest with you: Croatia is a country that I probably wouldn’t visit. I have flown over it on my way to Greece, and the only thing I was thinking is “keep us out of missile range.” Things have settled down there since the 1990s craziness, and it’s great to see them field a motocross team. I don’t think they have much chance of making the A main. But, hey, there’s always a participation ribbon waiting somewhere for you in America.

Riders Leljak Marko “Polo,” “Hot Like” Kelava Matija, and Jaros “Nothing Rhymes with” Matej need nothing short of a miracle this weekend.

Ukraine: These poor guys have been through hell in recent years. Their ongoing saga with Mother Russia will only be worsened, as Evgeny Bobryshev will surely have his way with Kiev’s finest. Ukraine’s resiliency can’t be downplayed, though, so look for them to keep fighting all weekend.

Riders Morozov Roman “Candle,” Asmanov “I Would Like to Buy a Vowel” Dmytro, and Tarasov Volodymir “Putin” are hoping to explode onto the scene like Chernobyl.

France makes a monumental mistake with a lap to go. Upon facing the white flag, all of the French riders pull off in unison, surrendering yet again.

Kenny Powers joins the American team, and when asked his motivation, he opines, “Any time I can streak naked with nothing but a red, white, and blue cape on, count me in. Merica.”

Steve Matthes complains tirelessly about Canada not being at the MXoN. [Ed. Note: This is actually not a bold prediction. It will 100 percent happen.]

Cooper Webb flips off at least nine Frenchmen over the course of the weekend.

The author of this column has no voice by day’s end after screaming like a crazy person every time an American rider passes by.