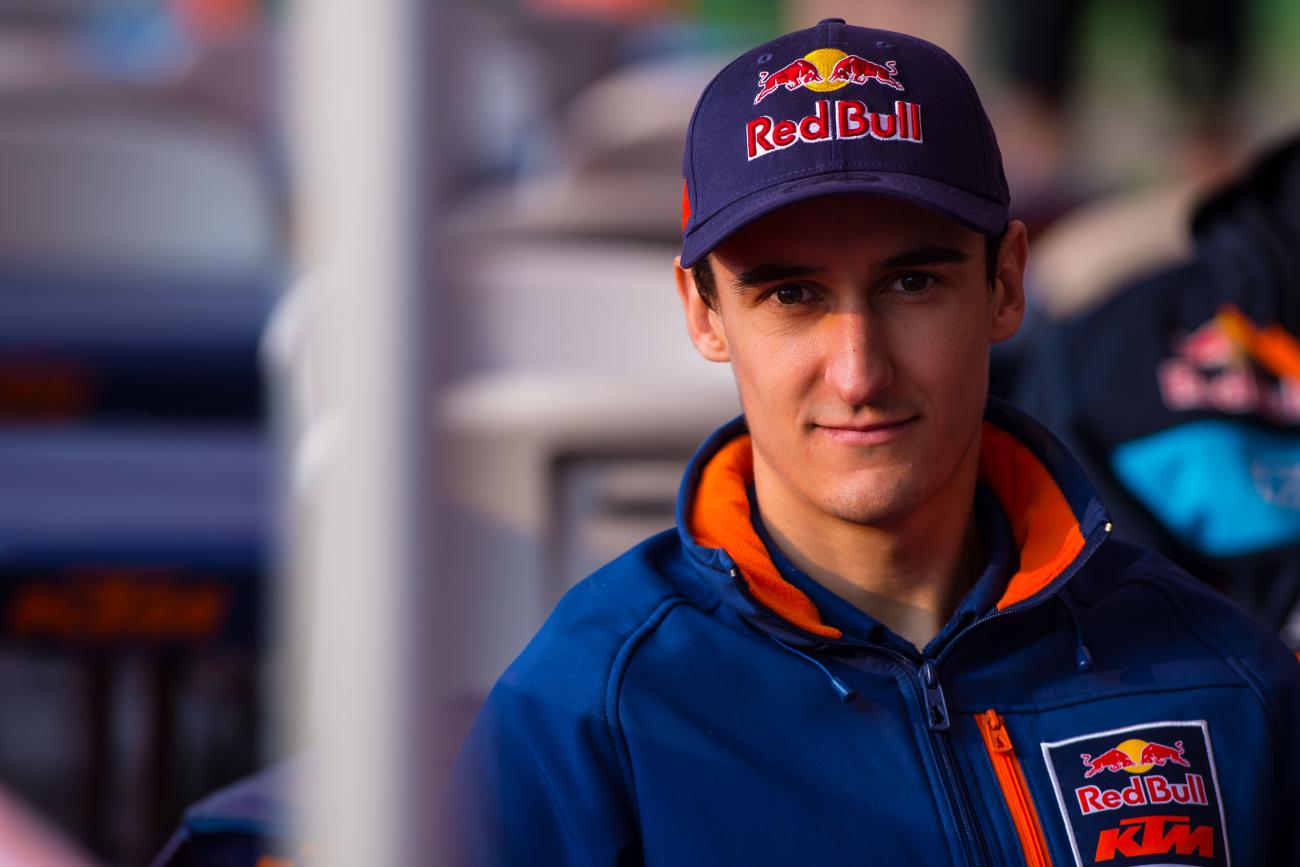 It happened again. Through bad racing luck, fate, bad mojo, or whatever you want to blame, another Frenchman had a near-run at a 250 National Motocross Championship end in heartbreak. Marvin Musquin, via a rare mechanical failure, never even got the chance to fight for this 250 title in the final round this year.

We’ve seen it before. In 2009, Christophe Pourcel was engaged in a duel with Ryan Dungey for the 250 title, and with a dominant 1-1 day at Unadilla and a solid 1-3 for second overall at a Budds Creek mud race, Pourcel opened up 13-point lead heading into the next-to-last round at Southwick. But the sand and rain wreaked havoc on his Monster Energy/Pro Circuit Kawasaki in moto one, and the bike blew up. Another Pourcel 1-1 at the finale at Steel City couldn’t save him. Dungey won the title by 11 points.

In 2010, Pourcel jumped out to a massive early point lead before GEICO Honda’s Trey Canard caught fire mid-season. Pourcel crashed out of Unadilla’s first moto to hand a ton of points to Canard—the fight was on. Canard rode a brilliant Steel City National to go 1-1, but Pourcel still held a 7-point edge heading into the final round at Pala in California.

The two battled for a bit, but Canard crashed, and that seemingly handed the title to Pourcel. All he had to do was keep it on two wheels and he’d carry a sizable lead into the final moto. Instead, inexplicably, he crashed on a double and broke his arm. Canard rolled to 4-3 finishes to take the points lead and the crown. Pourcel was left shell shocked again.

Years earlier, the French had a takeover planned in both classes. On July 4, 2000, Sebastien Tortelli and Stephane Roncada dominated the 250 and 125 Classes, respectively, at RedBud, leaving with the point leads in each class. Ricky Carmichael wrestled the 250 points lead back from Seb, but in the 125s, Ron-Ron won six straight motos and three straight overalls, and the title looked like a lock. Then he crashed at Millville and hurt his knee, just as Travis Pastrana caught fire. Still, Travis was so far back in points that it would take a near-perfect run to catch Roncada in the standings. But a young Pastrana was capable of such a feat, winning six in a row to set up a winner-take-all battle at the final moto at Steel City. Roncada still held a 1-point lead, but Pastrana came through in the clutch, ending the year with seven straight moto wins and stealing the points lead in the final race. (By the way, does it not feel shocking every time we write about Travis Pastrana once being a full-time racer?)

Pourcel and Roncada had been dominant at times during their runs, but neither could land the title. Musquin again had the AMA 250 National Motocross Championship within reach, but fate snatched it away.