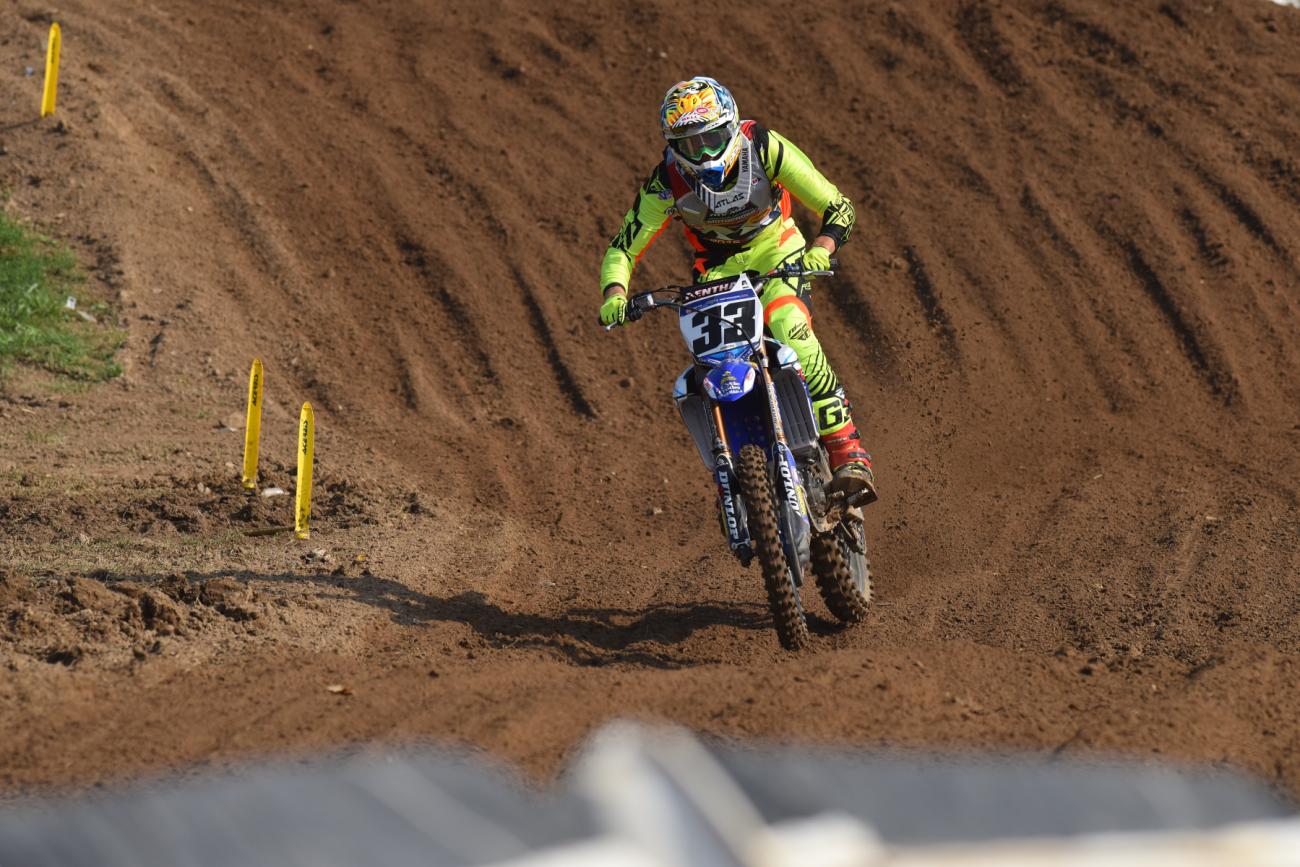 It’s hard to miss Benny Bloss on the track. Standing over six feet tall, the Missouri native is an imposing figure. He’s also one tough SOB. Last year, just days prior to the start of the 2014 Rocky Mountain ATV/MC AMA Amateur National Motocross Championship presented by AMSOIL, Bloss sliced his foot open while fishing down at the Ranch. The injury required twenty stitches, but it didn’t sideline the Yamaha rider. In the last moto of the week, he broke a few stiches, leading to blood pouring out of his boot as he rode to a second overall in 450 B Limited. A podium finish at the Monster Energy Cup in Amateur All-Stars followed, putting his name on the map.

Prior to the start of the 2015 Rocky Mountain ATV/MC AMA Amateur National Motocross Championship presented by AMSOIL, much of the talk centered around who would claim the coveted AMA Horizon Award, which was wide open after five graduates received factory-supported deals a season ago. By the end of the week, at least seven riders had a chance to claim the award. In the end, it was the consistency of Bloss that paid off—a win in Open Pro Sport and a third in 450 A. The 2015 AMA Horizon Award winner will make his pro debut this weekend at round ten of Lucas Oil Pro Motocross at Unadilla in the 450 Class under the CycleTrader.com/Rock River Yamaha tent.

We caught up with an ecstatic Bloss following the award ceremony at Loretta’s.

Talk about your week a little bit. Was this kind of a surprise for you? Was this expected?
Pretty good [but] expected. I really wanted to win some classes. I came out, won some motos, got a couple thirds. I won a championship, and now this makes everything a lot better.

Has it sunken in yet? Have you even thought about what this means?
Not really, honestly. I think about an hour or two it’ll feel even better.

Just talk about what went into this. This is training for months and months.
I train down in Oklahoma at RTC with Robbie Reynard. Just been the past three years training my butt off, trying to go hard as I can. To get to this point, it’s amazing.

Robbie’s won a lot here. Did he give you some advice this week? What did he talk to you about?
Yeah, a lot of advice on starts and lines. Really helped me with the lines and trying to be smooth. The least amount of mistakes as possible. He’s a great guy, and he’s won a lot and he knows a lot.

Unadilla next week—you’re going to make your pro debut. Are you stoked? Are you nervous? What’s going on?
I’m a little nervous, but I’m really excited. The track seems to be really rutty and a lot of my style, so I’m very pumped.

You’re a taller guy. You’re going to be making it on the 450, right? That’s going to be an advantage for you a little bit.
Yeah, I definitely ride the 450 better than the 250 just because I’m so much taller and a little bit heavier. It should be good.

Are you doing it by yourself or with a team? Do you know yet?
I’ll be under the Cycle Trader/Rock River rig.

What’s for you next year? Arenacross, supercross—do you know?
Arenacross, then supercross. I’m not really sure if I’ll be on my own or not.