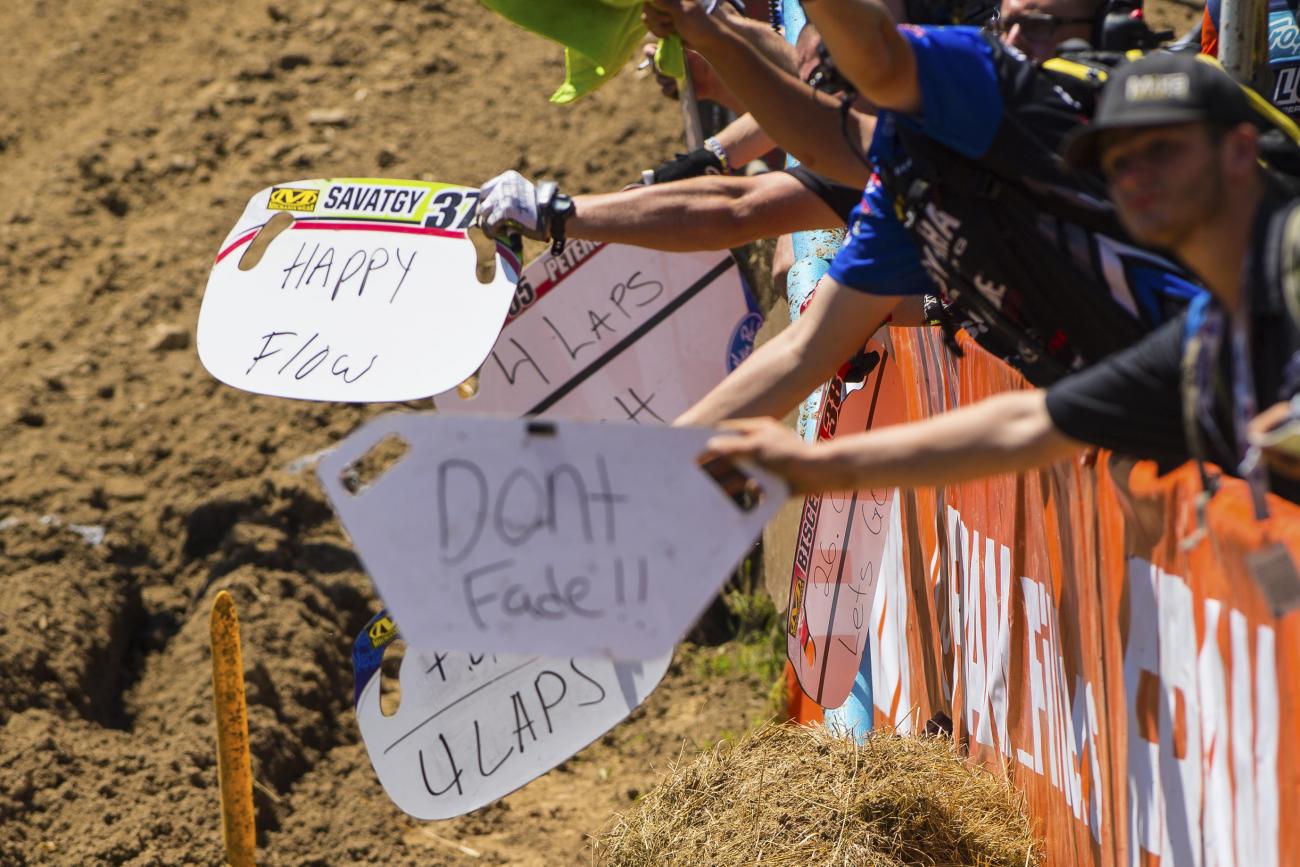 At its core, NASCAR seems quite simple—people driving in circles on tracks that feature four left-hand turns. Simple enough, right? Well, NASCAR also has a bunch of jargon terms like restrictor plate, dirty air, marbles, wave around, and so on. Even for motorsport heads, it’s probably a lot to keep up with. Recently, some NASCAR drivers tried to explain NASCAR to Jalopnik and it’s awesome.

While you’re wasting away your prime college years taking one too many Jell-O shots, students at the University of Stuttgart are setting records. Recently, a team of students set the electric acceleration record by 0.006 seconds (!!!!). According to Jalopnik, “Stuttgart’s all-wheel drive electric Formula car weighs just 352 pounds and packs four motors and a 6.62kWh battery package. Its power-to-weight ratio is worse than a Formula-1 car’s or aKoenigsegg One:1’s, but way better than the also all-wheel drive Bugatti Veyron Super Sport’s.” The new record? The car went 0-62MPH in 1.770 seconds. That's REALLY quick.

Watching an Engine Disintegrate is Awesome

Electric cars are cool and all, but we, as Americans, love horsepower. Two thousand horsepower? Not enough. We need more. Even better than trying to squeeze every last drop out of an engine is watching one get sanded down millimeter by millimeter. The guys at Espadaysantacruz Studio put together this amazing video of a motorbike engine disintegrating.

Cheating is synonymous with cycling. We won’t get into the who, what, when, where, and why, because that would literally take all day. But the latest cheating allegation is a doozy. American Greg LeMond, a three-time Tour de France winner, recently told the Associated Press that “some riders have put motors in their bikes to cheat in cycling's biggest races, including the Tour de France.” Wait, what? Motors? Slate has more of the crazy story.

This sounds totally absurd, you say. You’re thinking: Perhaps Greg LeMond has just a touch of Bobby Fischer in him? Fear not, the International Cycling Union responded, not with outrage, but reassurance: The body says it totally checked the bikes for motors at the Tour de France and the field came up clean. They CHECKED for motors? Meaning Greg LeMond isn’t crazy, he just happened upon a million dollar idea? “Mechanical doping,” as it’s called, is apparently possible and tested for, but only sporadically. Because no one's ever been caught. LeMond thinks more needs to be done (via the Washington Post):

“It’s simple to check for, much easier than doping,” he told CyclingNews.com in May. “You need a thermal heat gun, you can use it in the race. It can be seen from meters away if there a difference in the heat in the bottom bracket. I’d recommend that to the [Cycling Union].”

YouTube—the best place to find funny cat videos—is remodeling its mobile app, says CNN Money. The world’s biggest video viewing site is now getting more than half its viewers from mobile, says CNN Money, which is why it is designing an app that has a “vertical video playback,” and other fancy stuff.

Wojcicki said the app redesign also makes it easier to create videos and upload them directly to YouTube from a mobile phone.

Wojcicki also said it has "vertical video playback," a new trend in video production popularized by Snapchat. She hinted at more features coming later in the year.

Find out more about the changes here.

Is a fond idea until you realize it’s hard to see in the dark and there are these things called sharks waiting to eat you. The Spanish engineering firm Wavegarden is trying to change all that. The company, which is set to open a giant surfing park in Austin, Texas, in 2016, has placed underwater lights around its parks. (In case you didn’t notice, Wavegarden makes giant waves parks.) And it looks amazing.

This week in don’t-be-an-asshat-on-the-Internet-because-it-could-come-back-to-bite-you, Saleen Automotive is suing someone for defamation after they say the guy, according to Motherboard, “posted more than 1,000 comments under various aliases, accusing the company of deliberately scamming customers.” The company says what he posted has adversely affected its reputation and stocks. This is very interesting case of free speech vs. defamation. As always, be careful what you say on the Internet, people are watching.

According to the defamation lawsuit, which Jalopnik posted in full, Saleen said Lambert has been “posting defamatory comments” on various websites that have adversely affected Saleen’s reputation and even its stocks.

“It is of the utmost importance that his Honourable Court urgently and permanently orders Mr. Lambert to halt this outrageous and unjustifiable behaviour, which continues unabated,” Saleen said.

Steve Saleen told Jalopnik in an email the company believe the comments go beyond the scope of free speech and constitute defamation.

Read more about the case here.

That morning McMuffin not sitting well on your early-morning cycling ride? You may want to consider where and how you use the bathroom. A cyclist in Idaho recently stopped to use the bathroom and accidentally set seventy-three acres of land on fire. From SB Nation:

According to the KTVB report, the man burned his toilet paper to prevent waste, but he didn't fully extinguish the embers. Those embers quickly found dry grass nearby, which led to the fire. Now what happens to him?

Police have not yet decided whether to charge the man with a crime or hold him financially responsible for fire-fighting costs. He received a citation for starting a fire.

Crazy Video Filmed in One Shot

Okay, so you just watched that video and said to yourself “Holy s*** that is the best action sports clip I’ve seen in a long time.” And you would be right. What makes the video even more amazing is that it was filmed in one shot (!!). No editing, no retakes. None of that. It’s truly an amazing feat. Vice Sports has more on how it all came together.

For a decade, we've had this idea, this dream to do the longest shot possible, to a do a whole segment in one shot," says Darcy Wittenburg, producer and co-founder of Anthill Films. "The original vision came from years of driving around and always thinking, What if there was a trail that followed the road where you could do an endless shot?"

Finding a location was the first challenge. Wittenburg and the TGR team scouted half a dozen private tracts of land: it needed to have a hillside pitched just so, with the right kind of dirt, and no trees. They eventually chose a 2,000-acre ranch in Cambria, California, near San Luis Obispo. A crew of men with a mini-excavator and a Bobcat skid-steer spent a month building the track, the jumps, and the road, parallel to the track, from which the crew would film Semenuk.

Read more about the video here.

GoPro has revolutionized how we watch racing. So when they strapped a couple GoPros on MotoGP’s Team Avintia, you knew it was going to be amazing.

(Footage is from Round 9 of MotoGP at Catalunya, Spain.)

While some NASCAR drivers make it look like you don’t need to be in great physical shape to be a professional (you know who you are), it actually is a pretty physically demanding sport. Recently, driver Casey Mears’ car reached temperatures nearing 131 degrees at a race. It gave fellow driver Landon Cassill an idea—figure out how much weight he lost during a race. He even documented it on social media. It’s kind of amazing.

Science experiment! My pre race weight, I'm planning on taking in 80oz of fluids in the race, we'll see what I lose. pic.twitter.com/QJ0W071Yz3

That's a 10% gross loss of body weight, getting it back to 5% with fluid replacement. I think I'd like to see closer to 3%.