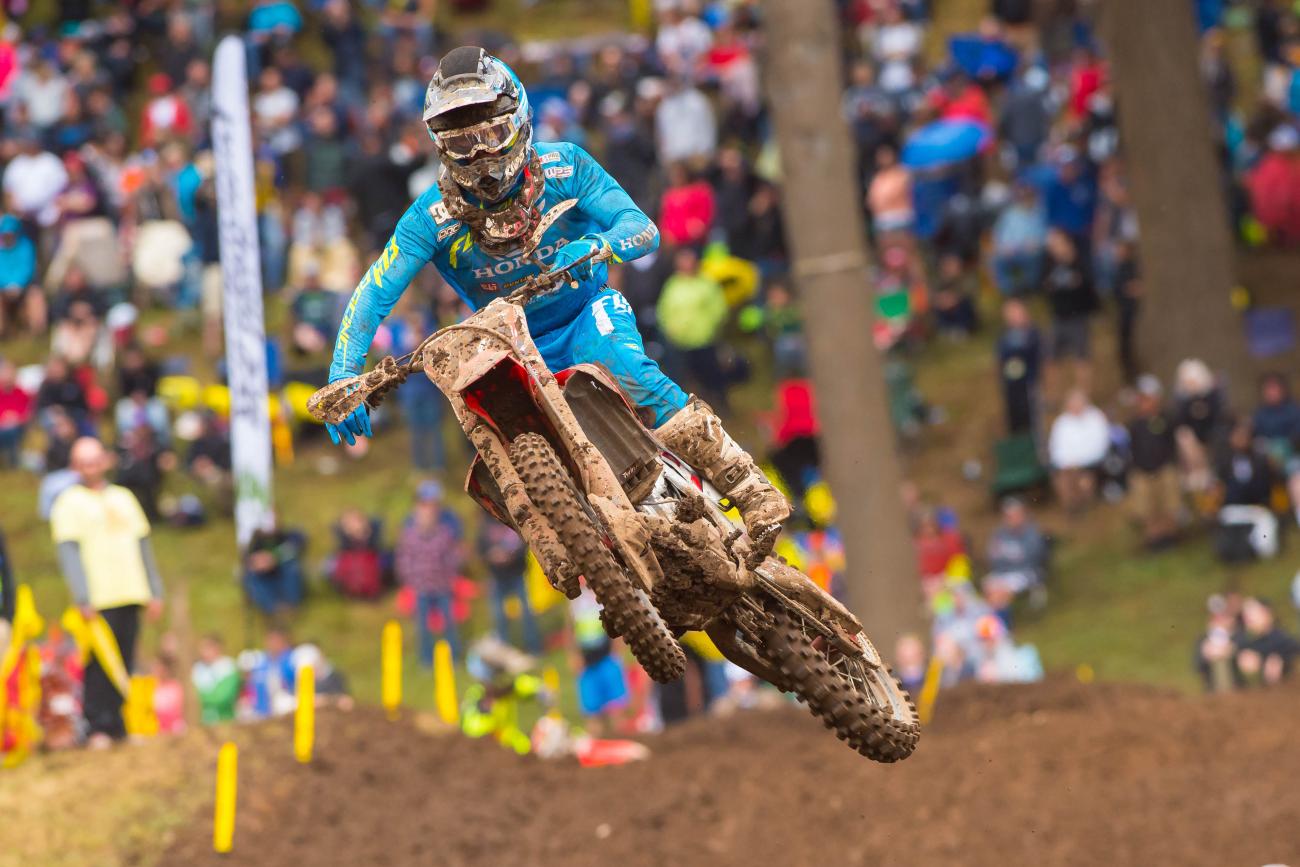 Those of us who haven’t been there can never truly understand the mind of a professional racer. When Trey Canard announced he would make his return at Washougal after missing nearly four months with a broken arm, most started thinking of his two gruesome crashes at the track previously, which left him with two broken femurs. Trey, and every other racer at that level, is a professional at blocking that stuff out. He could focus on the good things like a stirring 1-1 sweep at the track en route to the 250 victory in 2010. When I saw him in staging for his first practice on Saturday morning, he was happy and stress free. Washougal was fine by him, and in fact the perfect place to get back in the game.

“This one’s good because of the temperature—it’s never really hot here,” he explained to me later on. “And it never really gets really, really rough. I felt like it wasn’t going to be a very difficult race, so that’s good. There’s so much stress that goes into coming back to a race that you want to make it as easy on yourself as possible when it comes to the conditions. I felt this was good, too, because we have a week off where we can kind of evaluate the bike and me, and work on some things like that. I don’t think I was going to get much faster at home.”

Insiders say Canard was flying back home, but he laughed that off and said simply “Hey, everyone is fast at home!” In practice, the hype looked real. Trey was second quickest overall and looked comfortable. As one might expect for a rider just returning to the fray though, the races didn’t quite go as well as the practice laps.

“Not especially happy with the way I rode in the motos, but qualifying went really well,” he said. “I felt like I had the speed. Just not good starts, and I crashed three times, so that didn’t help the situation. I still feel like I rode good in the motos. It was just really slick. [In one crash] I just lost the front end and lost the rear end.”

Of course, the Washougal conditions Canard was banking on didn’t quite come together, as rain made the track much more challenging than expected. “I just didn’t feel good,” he continued. “The track was really weird. I wish the track would have been how it normally is. I feel like I would have had a lot better shot. It was just really risky out there, and I didn’t want to take big chances.”

The final results say 8-9 for eighth overall for Canard, which is fine for his first race back. And, as good as Trey is as forgetting bad days, it turns out that leaving Washougal healthy wasn’t completely lost on him.

“Not a really bad day,” he said. “I’ve certainly left here with a lot worse days.”