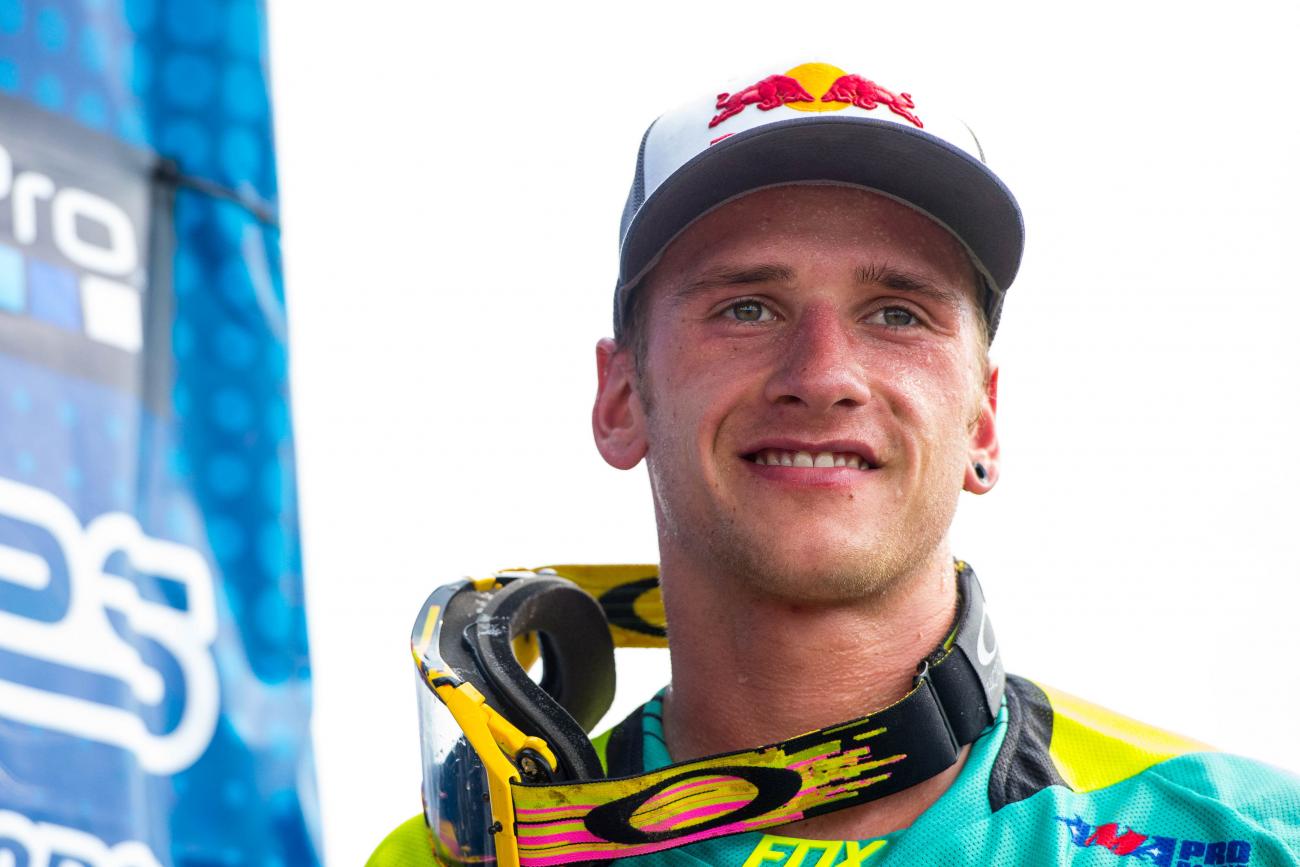 3 on 3 Questions for Washougal

Jimmy Albertson: This problem is larger than a twenty-four-inch, double meat, double cheese Jimmy John’s sub. Probably the biggest downside to Ken right now is that he looks to be getting tired. I know there are many eyes on this topic, so he really needs to figure it out and prove all the haters wrong. With Trey Canard coming back this weekend, I see the #41 possibly being another bike in between Kenny and Ryan.

Jason Thomas: I certainly think it’s a problem, but I also think there are more questions than answers. Last year, Kenny was on a different team with different technicians and had a different trainer. Well, guess what? He also struggled badly in the midpoint of that season too. In fact, he has struggled in the midpoint of every season he’s been in since coming to the USA. I'm not quite sure why, but the results speak for themselves. He definitely looks to be getting tired out there and is a touch off the pace. The fire we saw in the second moto at High Point is missing, but as I said, the races following his 2014 RedBud dominance were lackluster as well. The main difference is that in the beginning of 2014, he was winning all of the races and this year he didn't. This point of the season is honestly what we have seen before from Kenny—a midseason slump with no reason to point to. Troubling for such a brilliant rider to have this hang over his head each summer.

Steve Matthes: Small problem. But 2016 is big for Roczen to show that the issues he's had lately in outdoors were all related to his injuries and the fact that he's basically out of title contention. Roczen's definitely been off the pace, and if, as Top Jimmy suggests, the #41 comes back this weekend and beats him, then this problem could get bigger. Stay tuned.

2. Jeremy Martin did what he had to do at two of his good tracks, RedBud and Millville, going 1-1-3-1. What does Marvin Musquin have to do now?

Albertson: I know this is a played-out answer, but it's simple—he just needs to win! Which Marvin is very capable of doing. He really tossed that first moto away in Jeremy's backyard. In my mind that was the turning point in this championship, so he needs to turn it back around this weekend.

Thomas: The answer here is precisely three days away. He needs to go win Washougal. If he can go win this weekend and chip away at the points, this ship can be salvaged. If he allows Martin to win at Washougal, perhaps Marvin's best track, and add to the lead, it might be curtains for this championship.

Matthes: Last year at Washougal, Marvin was the fastest rider in both practices and led every lap of both motos. He just needs to do that again. Well, I'm sort of joking, but it's a great track for him, he's fast there, and he has to, repeat has to, make up some points on Martin this weekend. However, it may be tough, as he's battling this wrist injury, and Washougal has some downhills with square edges, which can be tough on an injury like that. This weekend is huge for the 250MX guys, folks.

3. Tony Cairoli will have to miss the next two GPs with an arm injury. Romain Febvre leads the next active rider, Gautier Paulin, by 66 points. Did anyone see this coming?

Albertson: Hell no they didn't!  If you show me someone who called this happening, then I will show you a liar. It’s a bit of a gift with Ryan Villopoto, Max Nagl, Clement Desalle, and Antonio Cairoli getting hurt, but it doesn't matter. Right now he is at a way higher level than anyone out there. Say what you want, but this kid is the real deal!

Thomas: No one saw this coming. Not Miss Cleo, not David Blaine, not David Vuillemin, and not David Phillipaerts. With the lineup going into this MXGP season, it was surely going to be a battle between the superstars to see who could bring this title home. The field was stacked with Cairoli, the eight-time world champ, Villopoto with his nine AMA championships, and the other lightning-fast riders like Nagl, Paulin, and Desalle, who all wanted to show that they were ready to take the crown away. No one, and I mean no one, expected rookie Romain Febvre to come in and have a 66-point lead. That's just crazy talk. Sure, injuries have helped this scenario become reality, but if my aunt had an Adam's apple, she would be my uncle. He has earned this lead and will only get better from here.

Matthes: As the other guys have said, nope. Not even the great GP scribe Adam Wheeler would have predicted this Frenchman on a Yamaha taking it to the rest of the MXGP guys. Yes, injuries to the top four in points after three rounds helped him out, but he's taken the ball and run with it. Congrats to Romain and his team on this run. Fun to watch some dude like this come out of the shadows to be "a guy" because then in 2016, when other "guys" come back, we have one more rider who thinks he's going to win the title.