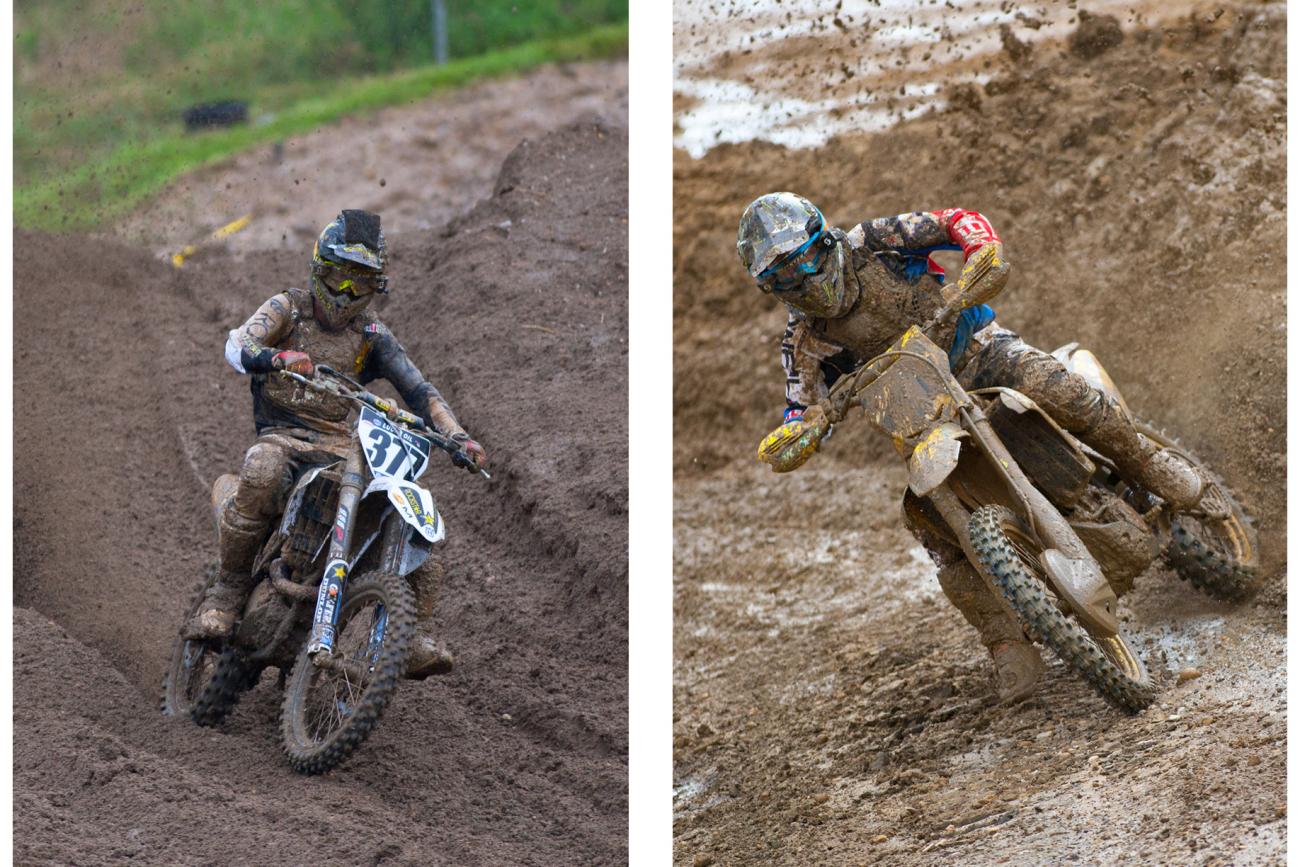 Unsung Hero The Crafty Ones

The forecast for Budds Creek said 100 percent chance of rain on Saturday, so MX Sports prepped for the worst, focusing on track drainage in the days before the race, making sure not to disk the soil too deep throughout the weekend. After the rain (and thunder, lightning, and tornado warnings) hit around 3 p.m. local, things held up much better than expected. Last year’s Indiana National ended up with deeper mud because the rain was a surprise, the track had been disked deep, and was covered in mulch. When it rained at Budds Creek in 2009, the water flooded the track because the drainage wasn’t as effective. This time we got a mud race, yes, but far from the worst we’ve seen. Because of that, the second 450 moto was salvaged following a two-hour delay.

That was fine for everyone not named Ryan Dungey because Dunge had won the first moto convincingly. Cancel the second moto and the overall was his, so this was a nothing to gain and everything to lose situation.

He almost lost it.

In the second moto, Dungey clipped the first jump on the track and went flipping, choosing to bail off and jump through the bars at the last moment. It could have been ugly—Tomac-ugly—for the points leader, but Dungey was lucky that the soft, muddy ground gave some cushion. He also just avoided taking a handlebar to the leg. Dungey told me the middle line was the drier line, but Justin Barcia was there, so he was on the side and hit a soft spot. That sucked his momentum away and he couldn’t clear the jump. The rest of the crash happened so quickly that he wasn’t sure what happened, besides deciding he couldn’t save it and electing to bail.

From there Dungey entered salvage mode, riding with a broken front fender (not good in a mud race) and having to stop in the pits for goggles at one point. He even got stuck on the last lap, for good measure.

With the points leader having a bad moto and Ken Roczen dealing with an illness, the podium was wide open. Justin Barcia took advantage, but Christophe Pourcel was persistent in second. A Barcia/Pourcel battle is like fire and ice, but then Pourcel fell. That left a Blake Baggett/Christophe Pourcel battle for second. That’s more like ice versus ice, and that’s not by accident.

Back at Budds Creek in 2010, Baggett, in his first full pro season, crashed in practice and broke his upper arm, ending his season. He had nothing to do except watch races on TV, so he set himself to studying the style of the 250 national points leader, Pourcel. He learned much of the crafty Frenchman’s craft, like taking alternate lines. Five years later, together on 450s for the first time, they seemed to enjoy every second of battling each other at Budds.

“It brought back old times for sure,” said Baggett. “He’s crafty and that’s why he’s got the nickname the Crafty Frenchman. It’s pretty fun racing him. I try to take the most oddball lines I can to make him work, but he’s always in them for some reason.”

The battle for second during the second moto was more exciting than anything at the front, with crashes, jumps off the track, and multiple passes.

“It was a good battle and I think we had the same speed, me and Blake,” said Pourcel. “I think we respect each other on the track.”

Baggett gets to use creative lines as a weapon against most riders—and his signature El Chupacabra charges in the 250 Class were often rooted in going outside when no one else would. He says that doesn’t work against Pourcel, though.

“I’ll be thirty feet out of the normal line and like, nobody’s over here. They don’t even know this line exists over here,” Baggett said. “And then I get behind him and he’s already over there. So it definitely makes it fun for both of us. We respect each other. We kept it clean. When you get behind him you can see his wheels are turning. He’s trying to find new lines as well as so am I trying to get around him.”

Baggett won the battle, edging Pourcel for second in the moto, but Pourcel took the overall, 2-3 to 4-2. With these two so close in speed and strategy, expect more such battles to come. To find it, you’ll have to watch outside the main line though.