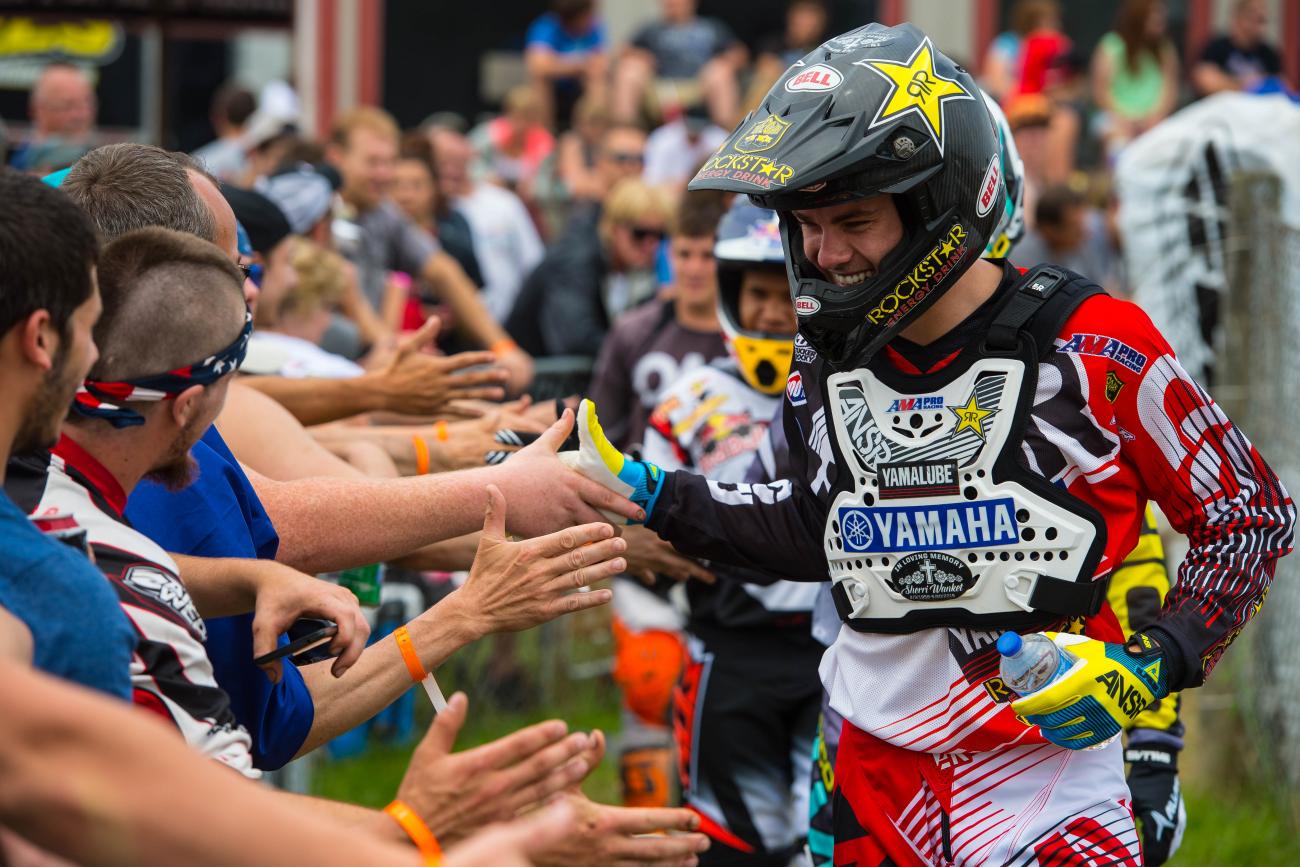 Below are the stats for the top ten of dynasty points earned for High Point. In short, the more points a rider earned, the more accurate the user base played them. Take Ken Roczen for example. He finished first. Most of you predicted this. Therefore, he garnered the most points. Or take Justin Brayton. He finished just outside the top ten in eleventh, but most users predicated this, and he scored the eighth most points last weekend.

Alex Martin
We need to start treating Martin like the top-five threat he is every week. I like another top-five—especially if it rains. (See Southwick, 2011.)

Kyle Peters
Peters should fall between 10-15 in your picks. Through ten motos, he’s averaged a 14.3-place finish.

Cooper Webb
Taking the plunge and picking Webb for the podium in his first race back is not as crazy as it sounds.

Aaron Plessinger
If it rains as predicted, watch out for the former GNCC race winner. Podium is not a crazy prediction.

Zach Osborne
Osborne is another rider I like if conditions turn ugly. He’s raced plenty of off-road races and even the ISDE. In short: He knows how to manage different terrains and conditions.

Ken Roczen
Unless something changed during the off-week, Ken’s back seems to be holding up. Race wins should come in bunches now.

Broc Tickle
As previously mentioned in 10 Things to Watch, Tickle has a 7.9 average finish through ten motos. I don’t foresee that changing this weekend.

Justin Brayton
Brayton typically starts to form into shape around this time. I like a top-ten this weekend.

Cole Seely
Seely has been solid in his first year outdoors. He has seven straight moto top-tens after a crash at the opening round. Don’t look for that to change this weekend.

Wil Hahn
Hahn appeared to turn the corner at High Point and should be a top-ten consideration going forward.

Users that picked him top twenty: 29

Who to watch at Budds Creek: Anthony Rodriguez: A-Rod has been out since Hangtown, but should still battle for a top-ten spot this weekend.

Users that picked him top twenty: 5

Who to watch at Budds Creek: Tony Archer: Watch for the Maryland native to perform well at his home track. He’s scored points in five of ten motos this season, which is also a plus.

Race X League Standings (After Round 5)