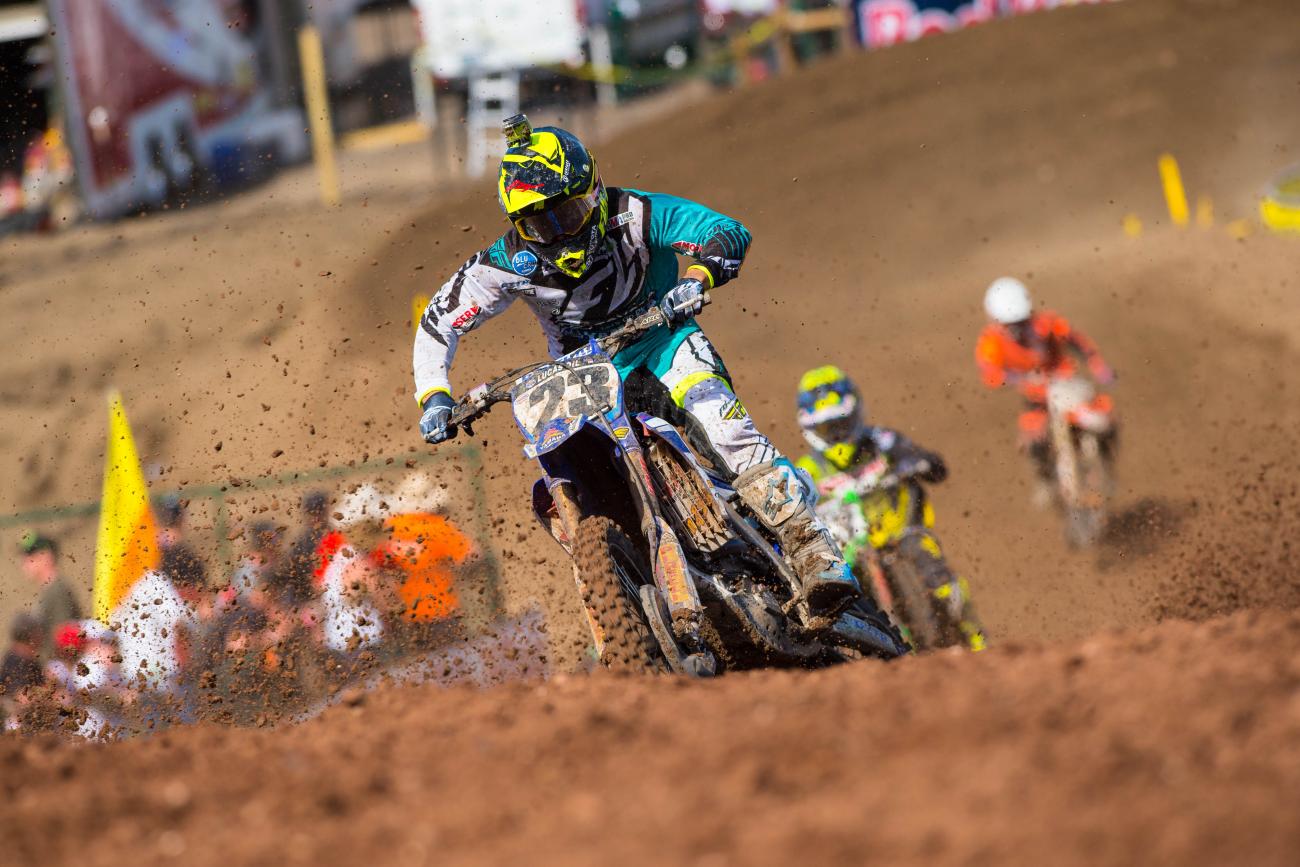 Blountville, Tennessee, plays host to the fourth round of the Lucas Oil Pro Motocross Championship. This is the third edition for one of the newer members of the series. Don’t let that fool you, though, as Muddy Creek has long been a staple of the motocross scene. Most of the racers on the circuit spent their fair share of time at the eastern Tennessee venue as they climbed the amateur ranks. Really, this track’s entrance into the pro ranks was long overdue.

One of the first things to enter my mind when thinking of Muddy Creek is the relentless southern heat and humidity. Even though summer has just kicked off, riders will immediately feel the rise in moisture when stepping off of the airplane. After three relatively cool races, it’ll be a staunch reminder of what’s to come as we roll into the heart of the series.

The track itself was one of my favorites as an amateur rider, but has drawn some criticism on the pro side. The crew at Victory Sports has worked tirelessly to widen the track and create a more viable surface for a national-level event. If I’ve learned anything in my thirty-plus years of being at these races, it’s that there’s simply no way to please everyone. Track owner and promoter Sam Gammon has listened to everyone’s opinion and is implementing improvements each and every year. I’m sure that efforts for 2015 will be no different and, weather permitting this will be the best Muddy Creek yet.

The dirt here is unique in that it can be both incredibly sticky and tacky in one turn and then rock-hard, icy clay in the next. When it’s tilled before a moto, it offers some of the best dirt in the country. That won’t help much if the tracks aren’t prepped during the day, as we saw at Thunder Valley, but trust me when I say that it can be absolutely incredible when all things are in order. The trouble comes at the national, as the track is almost always a bit muddy for practice, in hopes that the moisture stays deep in the dirt for the duration of the race. As that dirt dries, however, the ruts harden and become treacherous. This is exactly what happened in Colorado last weekend, and we all heard the criticism and concern about that.

Last week, the track was saturated deep down from weeks of rain before the event, and some noticed that springs were popping up from holes and ruts. The top of the track was dry, but the stuff underneath couldn’t really handle much more water. Hopefully this week there is a happy medium reached in order to maintain a rough track but also prevent the ruts from getting too hard. Not every inch of a track needs to be groomed to improve safety, but an experienced track crew’s eye with some rider input would be ideal. Of course, the weather is going to play a factor in all of this. All the rain leading into Lakewood put the crew in a small box on prep, and there was rain before Hangtown, too, which made that track extra rough and soft. There’s also rain leading into this race. We’ll see how it goes.

Jeremy Martin reminded everyone who the reigning champion is last weekend. He was never really challenged to be honest. He struggled at these next two rounds on the schedule—Tennessee and High Point—in 2014, however, so they could be telling.

Adam Cianciarulo landed on the podium with 5-4 scores. While those moto finishes might not be exactly what he’s looking for, third overall is certainly a step in the right direction. If he can get a holeshot this weekend, look out.

Zach Osborne was damn good in Colorado. His 3-2 scores were eye opening as to what Zach can do when things are clicking. Muddy Creek is a home race for him so look for the #16 to come out swinging.

Ken Roczen was much improved. He shoulda, coulda, woulda gotten his first overall win of the season after Eli Tomac’s horrific get-off. A flat front tire derailed that victory, but he was clearly back to the Kenny we all know. He split wins with Ryan Dungey last year in Tennessee, so it will be interesting to see if he can begin to chip away at the points lead.

Blake Baggett scored the first 450 outdoor podium of his career and moved forward in both motos. His starts are holding him back a bit thus far, but his riding is getting better and better.

Broc Tickle’s ride was a bit overshadowed by the Tomac crash, but he was very, very good in Colorado. Stop me if you’ve heard this before, but if Broc could get a better start, he would finish near the podium every week.

Poor, poor Eli Tomac… He was riding at a level that few had ever seen before his huge crash last Saturday. He’ll be having season-ending shoulder surgery sometime soon. What a crushing blow to his family and team after such a great start to the series. Heal up soon, Eli.

Alex Martin had a weekend to forget. He was riding very well, but crashes and bike issues derailed his momentum he’d been enjoying. I expect him to be back inside the top six this weekend.

Justin Hill had the misfortune of hitting a downed rider in practice on Saturday. He checked out okay at the hospital, but after his great Glen Helen ride, it was a bummer to see him suffer a setback.

Ken Roczen wins at least one moto in Tennessee.

Jeremy Martin wins the overall again, making it three out of four.

Adam Cianciarulo leads a moto before ending up on the podium for the second week in a row. In his podium speech, he gives a dissertation on nuclear fission.

Mike Brown, aka “The Muddy Creek Assassin,” “Brownie,” “Downtown Mike Brown,” with a chance of “Honey,” “Darlin,” or “Sweet Pea” to his wife, signs up for his hometown race, despite having raced X Games EnduroCross in Texas the night before. He grabs a top-five start, but on the first lap he forgets he isn’t at EnduroCross and begins jumping over logs and rides through a water crossing on the outside of the course.