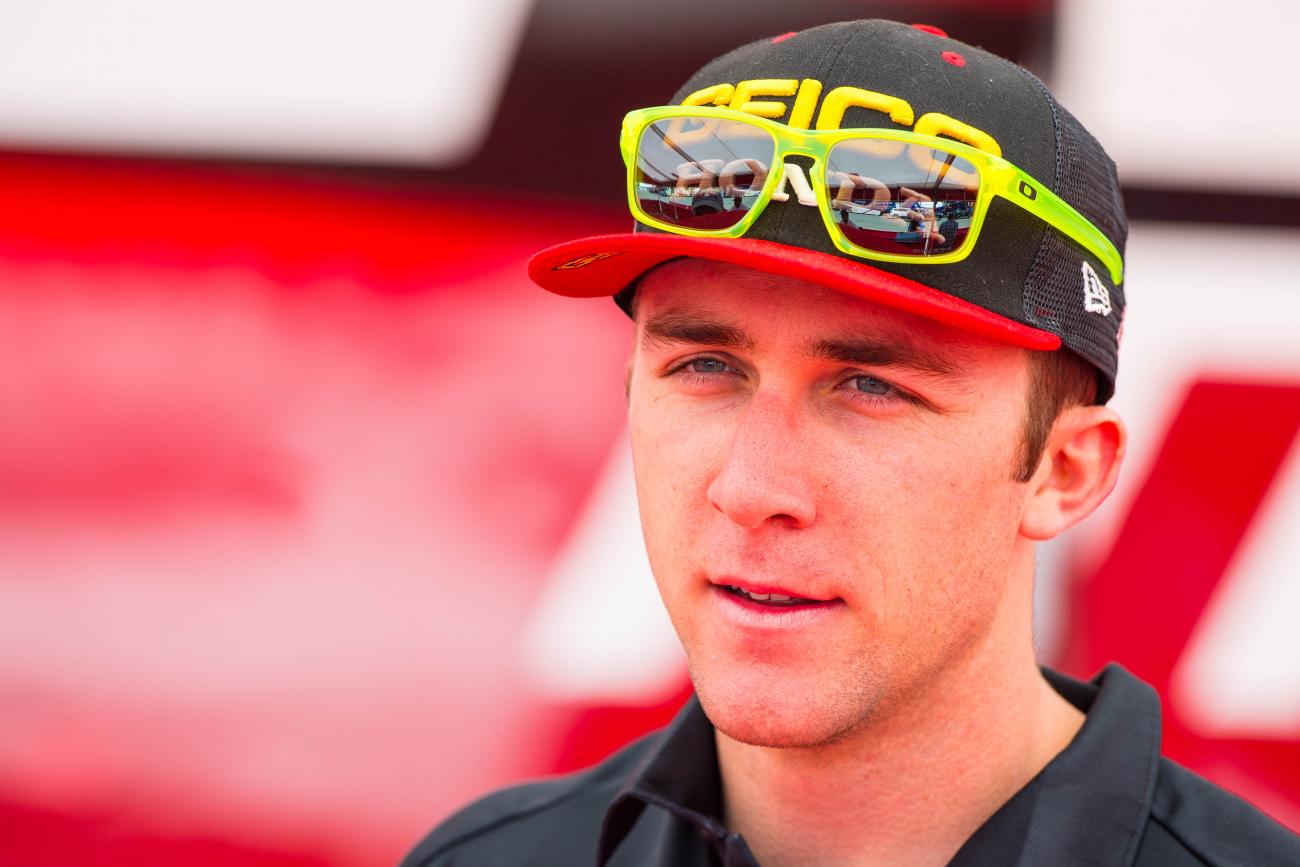 In about five seconds, Eli Tomac’s dream season in Lucas Oil Pro Motocross came to an end. One big crash, out of nowhere, while he was leading and seemingly in control, resulted in two shoulder injuries. Here’s a take from some of our staffers, and you can leave yours below.

Jason Thomas: Wow, this sport can be cruel sometimes. Eli Tomac had been absolutely incredible in the five motos leading up to his big crash in his native Colorado. As we all know, though, one mistake in motocross can be costly. When Eli hit the dirt on Saturday, no one knew the severity of his injuries, but he certainly didn't look excited to climb back on a motorcycle. In these situations, I always tend to trust the rider's natural instinct to figure out how hurt he really is. When Eli jumped up, he was looking for any safe haven not involving a motocross bike. If a rider is only mildly hurt, he’ll immediately search out his bike, hoping to get back into the fight. That tendency I happen to believe was echoed when we learned that Eli will need season-ending shoulder surgery to repair, ironically, the opposite shoulder of the one he dislocated. As soon as I saw a proud, tough rider like Eli not even attempt to get back onto the bike, I feared there would be trouble.

For the other riders, it re-opens the championship battle. Tomac had stretched his lead to nearly a moto's worth of points and looked to be running away with this title. Now, Ryan Dungey is in the driver's seat with Ken Roczen virtually in the same exact predicament that Ryan Dungey found himself in just one week ago—thirty or so points down and needing to close the gap. Oh, what a difference a week makes.

David Pingree: I like to complain about my scar-riddled knees all the time, but a knee is much easier to repair than a damaged shoulder. That joint is very complex and its dynamic range of motion make it a challenge for doctors to return it to normal function. I've watched Eli's crash over and over from all the angles, and he just couldn't have landed in a worse position. His torso lands directly in the center of a rut, which puts the anterior (front) aspect of each shoulder on the raised portion of each side. The force of him hitting the ground looks like it violently pushes both shoulders in a backwards-and-down direction, so much so that one of them dislocates and the other suffers a separation and other collateral injuries. As a big Tomac fan, I just hope his procedures go well and he can get all of his range of motion and strength back.

These things are always easy to quarterback after the fact, but with a massive lead like he had I don't understand why Eli didn't back it down a little bit. The track was brutal and claiming riders left and right. James Stewart liked to win races that way... not just win the race, but absolutely destroy everybody. It's cool to win by a minute and a half or whatever, but you still get all the points and the big check if you win by five seconds. Coincidentally, James Stewart has also thrown away some races with a big lead before as well. Eli Tomac was finally living up to his potential in the premier class this summer. This hard-learned lesson will only make him stronger when the 2016 season begins.

Aaron Hansel: The feeling of shock I felt at Thunder Valley was equal to the shock I felt at Hangtown, and both times I left the track asking myself, "What just happened here?" At Hangtown it was a Tomac that was going so fast there was no way he could sustain it two rounds in a row. But then he did at Glen Helen. And again in the first moto at Thunder Valley. Five in in a row, and when it looked like the sixth was going to finish the same way, that was all the proof we needed that Tomac's inconsistencies were behind him. We were finally seeing the Tomac many felt he would inevitably become. This was a rider with the total package of attributes, and it was all coming together. Then, it ended.

Was it a crash that was an inevitability of Tomac's blazing pace? Was it a fluke? Could it have happened to anyone? Is this what happens these days when you try to beat Dungey every single moto? Who knows? All I know is that I was waiting for Tomac and Dungey, and eventually Ken Roczen, to figuratively collide. Now that it looks like that won't happen, I'm left with more questions than ever.