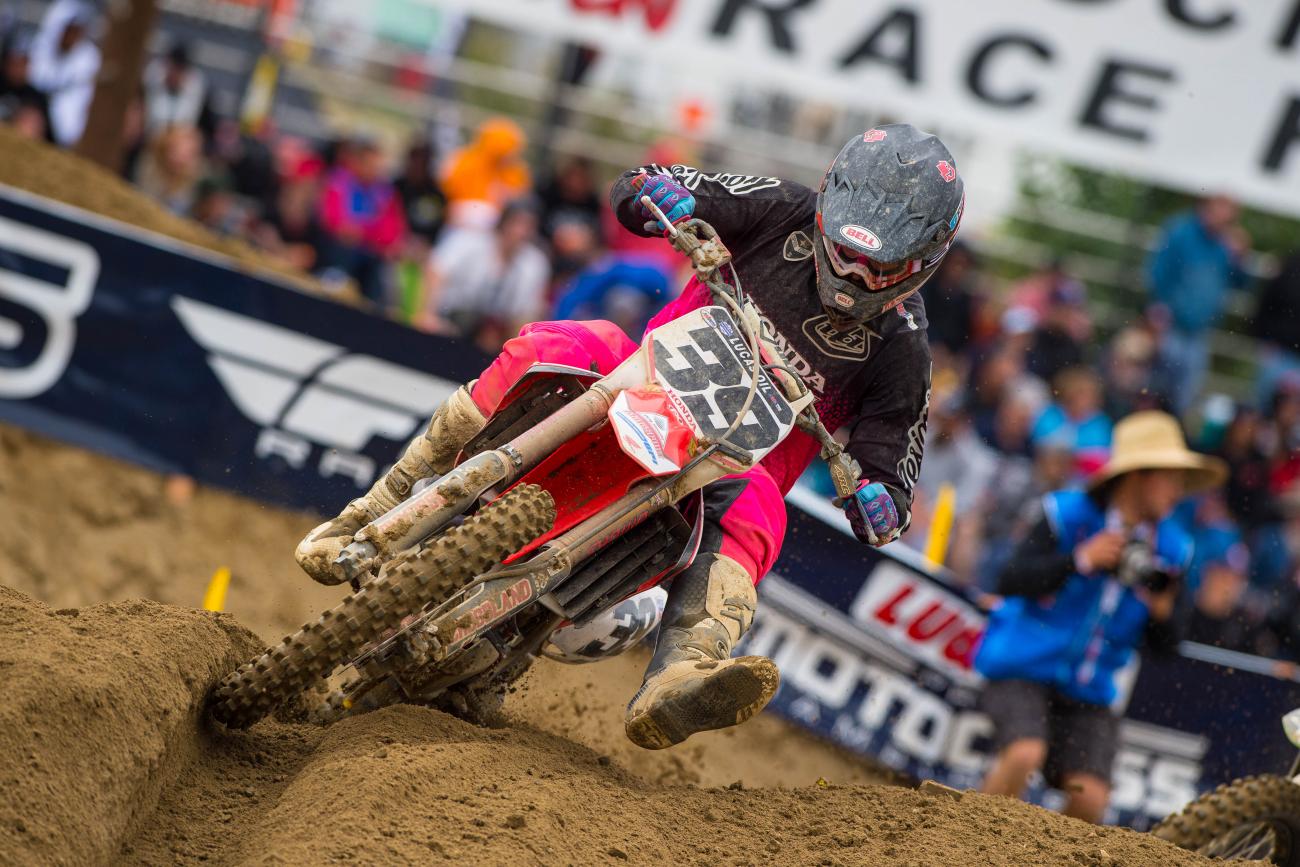 Below are the stats for the top ten of dynasty points earned for Glen Helen. In short, the more points a rider earned, the more accurate the user base played them. Take Eli Tomac for example. He finished first. Most of you predicted this. Therefore, he garnered the most points. Or take Broc Tickle. He finished just outside the top ten in thirteenth, but most users predicated this, and he scored the sixth-most points last weekend.

Adam Cianciarulo | Last week: 10th
How long will AC continue to hover around tenth? Good question, and one I don’t have a concrete answer to. Through four motos, AC has gone 9-11-12-10. If you want to be safe, keep him there until his fitness improves. If you want to take a risk, move him into your top five.

Marvin Musquin | Last week: 1st
Musquin doesn’t have a rich history at Thunder Valley. In three visits to Lakewood his best finish is a fourth overall in 2013. I think that changes this weekend. Don’t keep him off your podium.

Shane McElrath | Last week: 6th
We finally saw the McElrath many were expecting to see outdoors in the second moto last weekend. I’m not sure another podium is on the horizon this weekend, but a top-five overall isn’t a stretch.

Privateers
Don’t put much stock in privateers this weekend. The power lost in the altitude puts them at a major disadvantage.

Joey Savatgy | Last week: 4th
I like what Savatgy has been doing through four rounds. He’s had a few “off” motos, which have kept him off the overall podium, but that could change this weekend. Top five is a lock.

Christophe Pourcel | Last week: 8th
While he continues to adjust to a new bike and class, Pourcel has been very consistent—three top-tens in four motos. I’m not sure it’s quite time to move him inside the top five, but it’s coming shortly.

Blake Baggett | Last week: 7th
It’s not that Baggett has been bad—he hasn’t—it’s more a “we expected more” thing. He’s fourth in points and has four top-sevens in four motos. Again, not terrible. Keep him hovering around 5-10 until he gets more accustomed to the 450 Class.

Justin Brayton | Last week: 16th overall
Brayton is a notoriously slow starter, and this year is no different. He’s gone 14-11-10-22 in four motos. Keeping him around tenth until the series heads east is a good choice.

Josh Grant | Last week: 18th
Look for Grant to be much better in his second race back. He had a bizarre incident last week regarding his front tire, which cost him spots in the first moto, but rebounded quite well in the second. Top ten is a solid start.

Fredrik Noren | Last week: 12th
The change to HRC Honda will help. How much? We probably won’t know until after this weekend. Either way, I like top ten.

Picking riders 1-20 can be an overwhelming task. But, when you nail that top-twenty pick no one else had, it’s oh so sweet. Each week we’ll run down the previous week and then give you a few guys to keep an eye on.

Users that picked him top twenty: 124

Users that picked him top twenty: 621

Tevin Tapia: This is Tapia’s last race until Washougal, so he won’t be holding much back. He’s scored in two of four motos and has a great chance of cracking the top twenty overall.

Matt Lemoine: The change to the 450 hasn’t started well for Matt Lemoine. But, with the amount of talent he has, it’s bound to turn the corner at some point. Look for a top-twenty overall this weekend.

Race X League Standings (After Round 2)