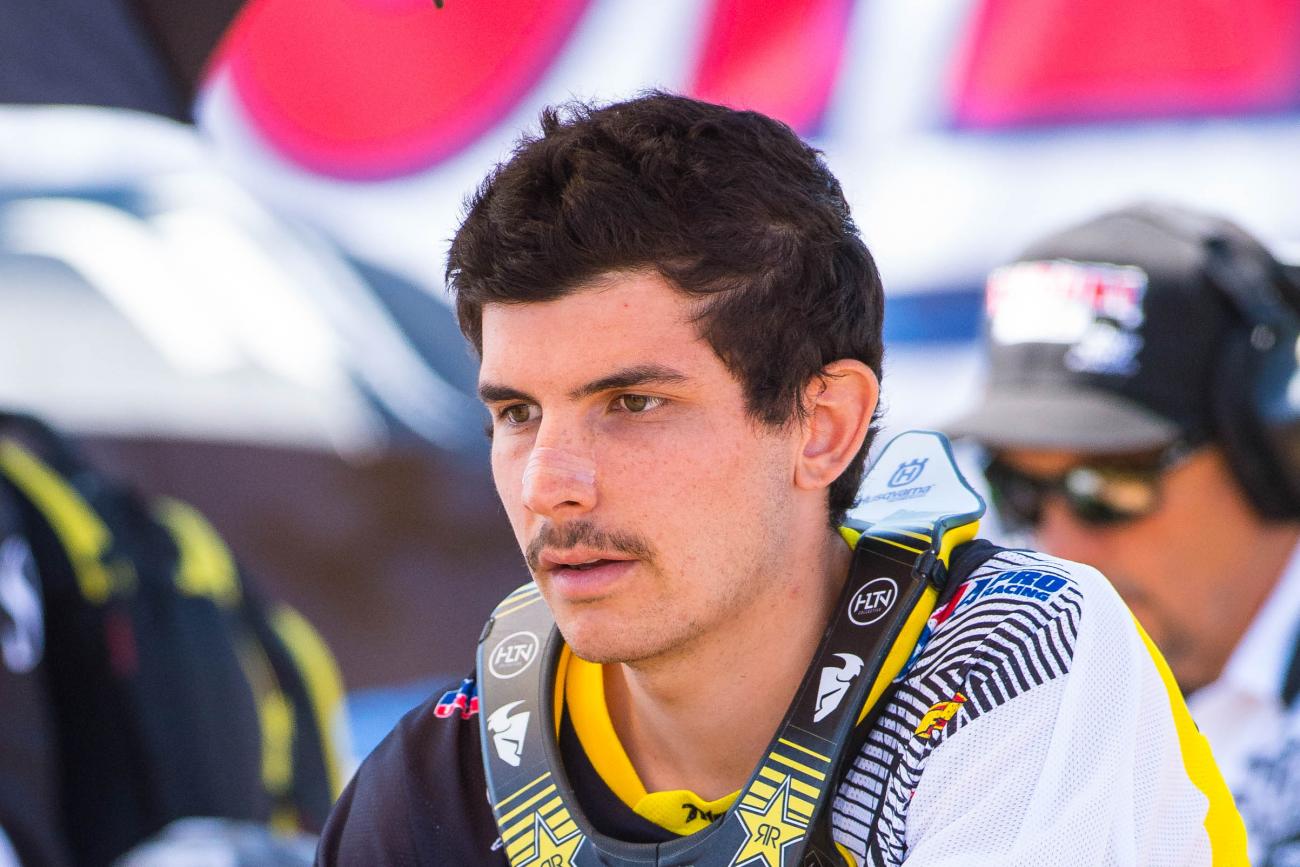 The high altitude of Thunder Valley is always a factor when Lucas Oil Pro Motocross comes to visit. The thin air robs power from bikes and the athletes who aren’t acclimated to it, and we might see some guys struggling a little harder at the end of the motos. You can’t put Eli Tomac in that category though—the GEICO Honda 450 ace lives in Cortez, Colorado, which is about the same level as Thunder Valley. Zach Osborne has been living at Tomac’s place too, so you can expect both to feel right at home this weekend. –Aaron Hansel

It’s a bummer Trey Canard’s injury is taking longer than expected to heal, but if there’s a silver lining it’s that Freddie Noren gets to fill in, starting this weekend. MotoSport.com/GPI Honda team manager (and general badass) Guy Cooper probably isn’t pumped to lose Noren, but he had to know it was coming—having Noren available to be a fill-in at Honda HRC was part of the deal since team was put together. We’ll see how Noren reacquaints himself with factory hardware this weekend. –Hansel

The name Shane McElrath doesn’t typically come to mind when you think of dominant performances or flashy style, but since turning pro late in 2013 his results have been steadily improving. He earned a pair of podiums in supercross, and last Saturday he notched his best-ever moto result by taking third in the second moto. He may not win a moto this weekend, but at this point it wouldn’t be completely out of the question. He’s definitely a rider to keep an eye on at Thunder Valley. –Hansel

It’s been a while since we’ve seen the same Justin Barcia who won a pair of supercross races in 2013, but after recovering from his recent injury, Barcia has been quietly working on finding his old speed. It looks like it’s working too—his 2-4 for second overall at Glen Helen is the best result he’s had in a long time. Don’t be surprised if he snags another podium at Thunder Valley. –Hansel

Speaking of rebuilding, Justin Hill is also trying to get his program back in order after a disappointing supercross season. Things went well in Glen Helen for Hill too—he rode great and fought his way to second overall, his best career finish at a national. Let’s see if Hill can help KTM put together another all-orange podium in the 250 Class. -Hansel

Without veteran Justin Bogle leading the charge, GEICO Honda has entered rebuilding mode. Rookies RJ Hampshire and Jordon Smith are at least a year (or more) away from title contention and Matt Bisceglia hasn’t been a consistent podium threat. With Bogle expected to miss a few weeks due to a shoulder contusion, GEICO added a veteran presence in Christian Craig. The California native stepped away from racing after the 2013 season, only to return to GEICO last year for four rounds of Lucas Oil Pro Motocross in the 450 Class. Craig has never raced the 250 Class outdoors but says the bike is up to par. "I was riding a fairly stock 450 at home,” Craig said. “So when I got out here and got on one of the GEICO Honda 250s, those things are so fast there's really no difference between the two.” We’ll see where Craig fits in his debut this weekend -Chase Stallo

As of Thursday, it’s rained or snowed at Lakewood twenty-six of twenty-eight days in the month of May, according to wunderground.com. Yesterday, in his Staging Area column, Jason Thomas mentioned how the track doesn’t handle water well: “This sand often gets blown off by the second moto and things can get very dicey if they water the track or it rains. The Colorado hard-pack doesn’t handle water all that well once it firms up.” The good news is, as of Thursday, they aren’t calling for rain Saturday. We’ll see how the weather this month will affect track conditions come Saturday. –Stallo

Up in the Air

Ryan Dungey didn’t always excel in the altitude. Prior to 2010, he went 11-11-5 at Lakewood. “I used to really suffer in it [the altitude], especially when it was warmer up there,” he said after Glen Helen. “You feel it in the body as well as the bike is slower. I never really struggle with the elevation anymore…” Dungey adjusted, winning three straight times from 2010-2012, and hasn’t finished worse than third overall since 2010. Dungey faces a stiff challenge trying to dethrone Eli Tomac at home, but as recent history has shown he’s no slouch in the altitude. –Stallo

Through two rounds Alex Martin is off to a career-best start. Currently third in the point standings (with 65 points), Martin is averaging a 5.75 finish through the first four motos. Martin turned pro in 2009, and logged his previous best start to the season in 2014, when he sat thirteenth in points with 28. Incredibly, from 2009-2013 Martin averaged just 8 points through two rounds:

This is a massive, massive improvement, and Martin should improve as the series heads east. Can he keep the momentum rolling this weekend? –Stallo

Although he grew up just outside the Colorado/New Mexico line, Jason Anderson doesn’t thrive in high altitude. In the past, Anderson has suffered from altitude sickness, and while it wasn’t a factor last year—he logged a career-best 5-5 in the 250 Class (he also won his first career 250SX race in Salt Lake City)—it does still slightly affect him. It may not be a problem this weekend, but it’s something to keep an eye on. -Stallo