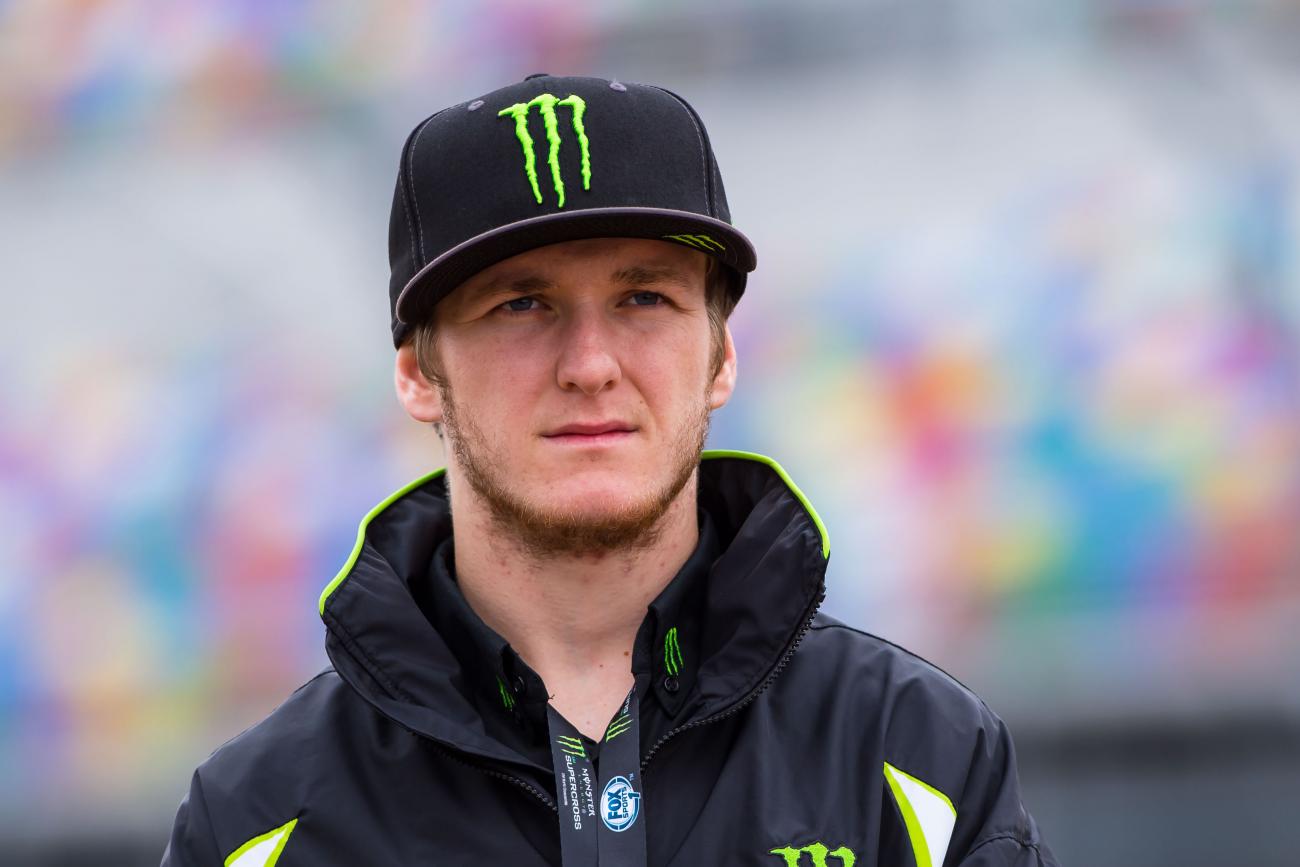 You knew the defending champ was going to win a race sooner or later, but after trailing Marvin Musquin by two seconds in qualifying, it didn’t seem like Detroit would be the place where Justin Bogle would make it happen. But that’s exactly what he did, leading every lap of the 250SX main to seize that elusive first win of the season. Let’s see if that first win translates into another one in St. Louis. If he gets it done, he’ll tighten up the points a little too. –Aaron Hansel

With just two 250SX East Region rounds left (Las Vegas is no longer a points round for the 250SX Class), Musquin has a nice 13-point lead over Bogle. That means that even if Bogle wins the rest of them he’s still not guaranteed to win the championship—Musquin could get two thirds from here on out and walk away with the title no matter what. Bogle has to win and he needs Musquin to finish fourth or worse (and his worst finish this year has been second). Anything else is just another nail in Bogle’s championship coffin. –Hansel

In championship terms, it's all over for Monster Energy/Pro Circuit Kawasaki out east. With two races left and a 51-point deficit to Musquin, Joey Savatgy has been mathematically eliminated from the title hunt. But that doesn’t mean he can’t finish strong by backing up last week’s podium with a few more, and possibly even affecting the Bogle VS Musquin title fight. Let’s see if Savatgy can sew a silver lining onto what has otherwise been a gray cloud of a season for Monster Energy/Pro Circuit Kawasaki. The team is still yet to win a race. –Hansel

GEICO Honda’s 450 pilot hasn’t exactly been on point at every race this year, but the same Eli Tomac that killed it in Phoenix showed up again in Detroit. In Detroit ‘Mac took the lead on lap five, then checked out and won with well over ten seconds to spare on Ryan Dungey. He looked so good it’s hard to believe it was only his second win of the season. We’ll see if he goes back-to-back in St. Louis. If Bogle does the same, it would be the second sweep in a row for GEICO Honda—and before Detroit, the team hadn’t swept the 250 and 450 classes on the same night since 2008. –Hansel

St. Louis is known for having some of the best dirt of the season—it’s tacky and really allows throttle-happy riders to dig in just about anywhere. The extra freedom in line selection often translates into more competitive racing. Keep an eye on the whoops too—they could turn into doubles and triples when they start breaking down. –Hansel

Maybe Cole Seely’s recent podium run shouldn’t come as a surprise. He podiumed in a 450SX fill-in role, and his BMX background lends itself to supercross. And although he never won a 250SX Championship, he’s a multi-time winner. But, as we’ve seen with Jason Anderson and Blake Baggett, it’s hard to put in consistent podium performances as a rookie. Experience typically wins out. Confidence can be a funny thing, though, and even Seely admitted he’s starting to feel like a threat after Detroit. “I’m really starting to feel like I’m a threat in this class, which is great for my rookie season,” said Seely. “I just want to keep the momentum going and hopefully get a win by the end of supercross.” Podium isn’t the bar now—a win is.  –Chase Stallo

A couple weeks back, Josh Grant told me his goal this season was to make it to the East Coast. For a guy that’s missed 70 percent of the supercross races since 2010, his ability to stay healthy in supercross had come into question. He wanted to change that stereotype this year, but he also realized that mentality might have contributed to his lackluster early season results. “This year I was kind of just like, I want to get through these races,” he said following Indy. “Unfortunately that’s not a good mentality to have because you want to win, but at the same time I’m trying to build myself to be better every weekend and to carry that momentum to the East Coast.” Since the series moved east, Grant has five top-tens in six races, and has been on the cusp of a top-five twice. Grant has pulled himself out of an early season hole. The question now: What’s his ceiling going forward? –Stallo

Is anyone having a season that has gone as unnoticed as Kyle Chisholm’s? (Maybe Kyle Partridge?) Slowly but surely, Chizz is creeping into the top-ten mix. He is averaging a fourteenth-place finish this season, but has gone 13-12-11 the last three weekends. Can he move into the top ten for the first time this season? (Also, Fantasy peeps: DO NOT PAY ATTENTION TO HIS QUALIFYING TIMES!) –Stallo

At this point in the season it’s time to start keeping an eye on battles behind the leaders. In 250SX, Jimmy D (69), Anthony Rodriguez (68), Kyle Peters (65), Martin Davalos (63), and Vince Friese (58) are locked in a tight battle for sixth in points—for some on this list, a.k.a. “Top Non-Factory Rider.” Ask any privateer and they will tell you it means a lot. In 450SX, one battle to watch is Cole Seely and Chad Reed. Seely holds a 10-point advantage over Reed, and trails the sidelined Trey Canard by 24. If Dungey and Musquin make this a sleeper going forward, these battles should keep you entertained. –Stallo

Recently, Jace Owen and Colt Nichols have vaulted into the top ten in 250SX East Region. Owen has back-to-back top-tens (the first such finishes of his career), while Nichols is knocking on the door of the top five (8-6 over the last two weeks). There are a lot of privateers having excellent seasons that are dying to get inside the top ten with two rounds to go. Can Justin Starling, Gannon Audette, Daniel Herrlein, AJ Catanzaro, or anyone else knock down the door this weekend? –Stallo