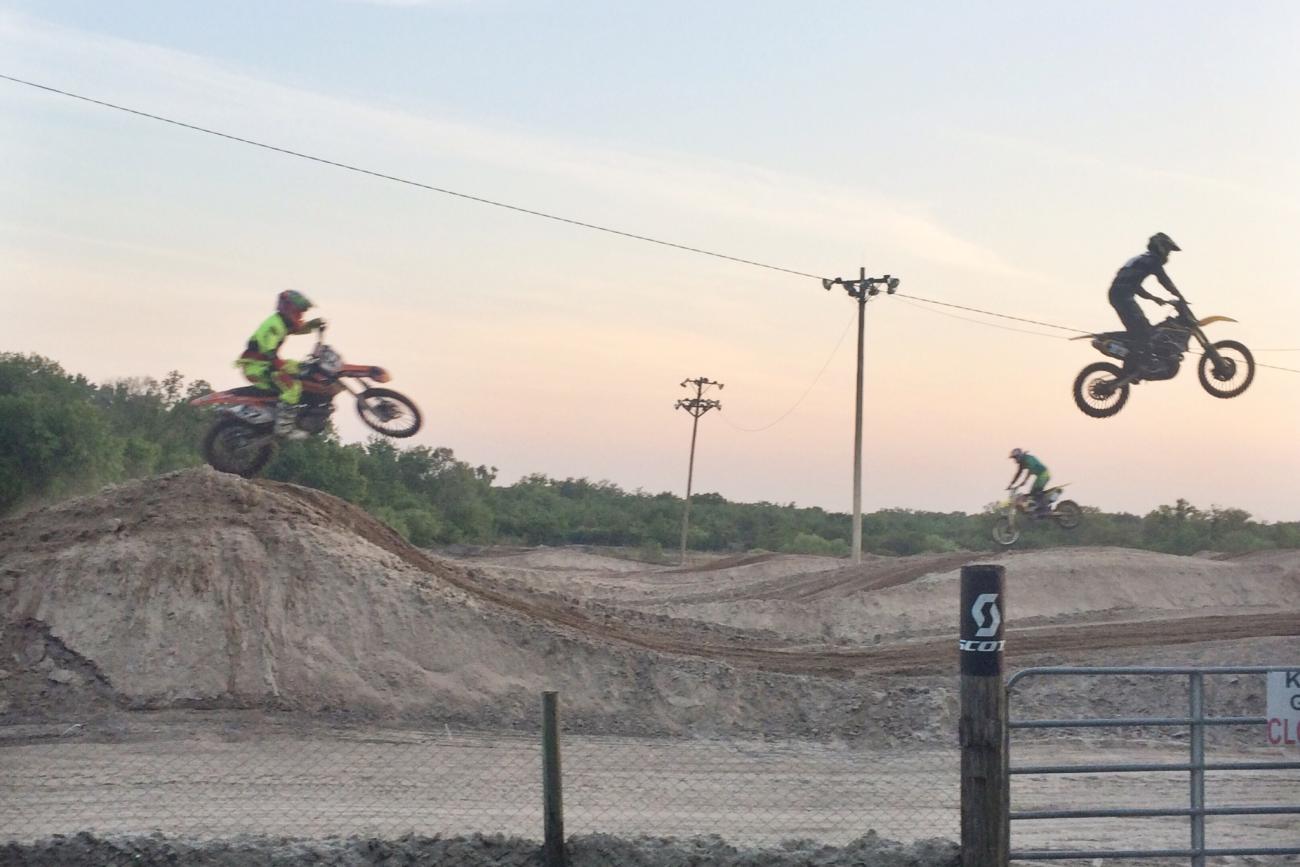 Hello, everyone, and welcome to the Rev Up. A lot happens over the course of a decade. Ten years ago there was no Twitter or Instagram, and Facebook was just beginning to pour out of Mark Zuckerberg’s brain. The iPhone was still two years from fruition, but YouTube had hit the World Wide Web. In our sport, Ricky Carmichael had switched to Suzuki and won the last supercross championship on a two stroke. Crazy how distant yet eerily familiar those facts seem. That’s kind of how time has its way with us.

On a personal note, I had begun riding and racing again at the local level after retiring in 1998. I was training some kids and began hitting the Missouri Motocross Championship events. On one particular trip to Grain Valley, Missouri, I found a track that I loved and then started hitting it twice a week or so. There was a strong crop of local fast guys, and one afternoon the owner approached me and asked me if I would be interested in a little “dash for cash” race for fun with a ten-dollar buy in and winner take all. There ended up being a dozen or so takers and I thought a $120 Tuesday afternoon riding my dirt bike sounded cherry. What transpired was the craziest, knockdown-drag-out twenty minutes on a dirt bike I ever participated in.

I crashed in the second turn and had to come through the pack. Along the way I block-passed the owner’s son. His name is Jeff Crutcher and he was 16 years old at the time. After my slam move I took the next corner wide and all of the sudden Jeff’s fork guards met mine so hard that our helmets violently slammed together. Enraged, I stared at this little bastard like I was going to kill him, although to my surprise he was staring back at me in the exact same manner.

We were only halfway through the twenty-minute moto, but the rest of the race was just Jeff and I, as we sliced through the rest of the pack and raced each other hard. I mean, I was riding over my head, panic-revving every jump and taking huge chances—all for $120 and my pride. I had brought a girl with me to the track and no way could I submit to this scrawny teenager. I eventually pulled away and won, but I was glad it was over. It was dumb and dangerous, so much so that Jeff and I rode over to each other and started laughing hysterically while slapping high-fives. Every rider who has raced pro or at the local A level has experienced similar instances.

This was ten years ago and I was 26 years old.

Over the next ten years I would have a couple of careers: One being full-time at Racer X, the next being a FedEx Ground delivery driver. I loved the daily grind of the FedEx job; it paid well, and being “Santa Claus” every day isn’t a bad way to live. I’ve since moved to Orlando, Florida, working for Feld as host of Race Day Live! At the Atlanta Supercross a few weeks ago, I was walking through the pits when I passed a group of guys by Vicki Golden’s pit area. One of them was wearing a large beard and multiple tattoos was and staring at me, but I kept walking. Just then I heard, “Hey, Bowyer! You ready for another dash for cash at Grain Valley?” The significance of the question didn’t hit me until I finally glared back at the character. Boom. It was the scrawny 16-year-old from the gnarliest practice day race I had ever been in; it was Jeff Crutcher.

Now a rather burly 26 year old man, I walked over, shook his hand, and asked him how life had been treating him, to which he replied, “I’m just riding my dirt bike, living in Orlando, and working at FedEx.” Wow. He answered my next question before I could finish it when he said, “Bithlo, bro.” Cell numbers were exchanged and a date was set to go reenact our battle from ten years previous.

We held the showdown last night. I hadn’t been on my Hurricane since November and knew I was in for it as Jeff had also told me he had been riding twice a week for the past six months or so. Nevertheless, it was an excuse to wash my gear, prep my bike, and go do what I’ve done since I was 4 years old.

He couldn’t make it out until “5:30 or so,” and with the gates opening at 4:00 p.m., I decided to go out and burn some laps in a vain effort not to be a complete disappointment. I rode about eight laps before I saw Jeff enter the pits and park beside my truck. He had a cute girl with him just like I did the day we went to war with each other. After Jeff went out and did a few warm up laps we sat on the tailgates of our trucks and exchanged horror stories from working the FedEx beat and laughed our asses off. Then, without a word, we just kind of stared at each other, began putting gas in our bikes, and pulled our helmets on.

I was as nervous as I’d ever been racing a pro national or a supercross. I knew he was younger, faster, and stronger, but I would have to turn in my man card if I didn’t give him hell for as long as I could. It only lasted a lap or so, but I was able to keep him at bay until he hit a sweeper fourth-gear wide open and drew to my side. As we approached a small but very rutted double jump, the old man in me took over and I let off while Jeff sent it about fifty feet to the flats and landed on the side of the track. The bobble allowed me to draw back to his side as we charged hard into a huge right-handed sand berm. It was a matter of who would let off, and again, youth prevailed. He never lifted and just about blew the numbers off my side panels when he passed me.

I was spitting sand but laughing so hard I could barely hold on to the bike. It’s hard to find the words to describe how things hit me in that very instant. I just pulled into the infield and put my elbows on my handlebars, watching Jeff proceed to put in about a twenty-minute moto. Defeated, but absolutely glowing in motocross bliss, I rode back to my truck and shared another long laugh and a high-five with Jeff.

I had to get home to my family, but Crutcher stayed and pounded motos. As I drove home with the windows down, nothing was wrong with the world. I love our sport so much, and throughout my time on this mud ball, it has never ceased to deliver experiences like last night at the track. I couldn’t wait to get home and write this story. Riding and writing about moto are collectively the greatest passions on my life. It’s exactly the same for my friend Jeff, who I recently helped connect with www.supercrosslive.com to begin a column of his own. Go over and read it; he has a brilliant command of the English language and can tell it the way only a hard-core motohead can.

Motocross is the greatest sport on earth. I can’t wait to see how it helps shape the next ten years of my life, and how the stories will work their way into the pages of Jeff’s work. Live to ride; ride to live.