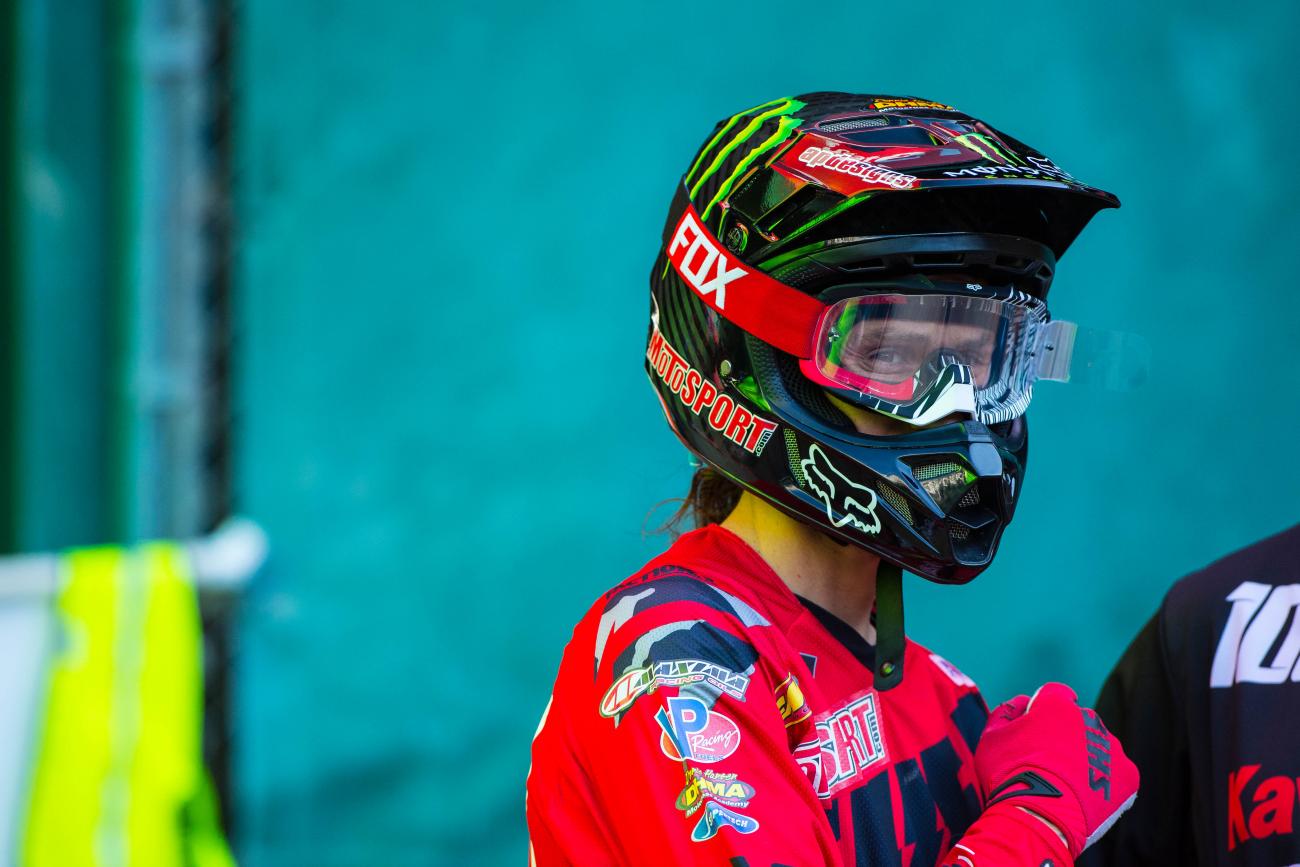 This just in: Supercross is hard. It takes a lot of work on and off the bike to do well, and it’s tough to just jump in and be successful at it. There are riders out there each Saturday that ride all the time, train to no end and still don’t make the main events. To be away from the sport—through injury or just not riding—and expect to do well when you return is not realistic unless you’re very, very talented.

We saw a few riders make their return to the sport last Saturday night after a prolonged absence from the sport. Brett Metcalfe on the Dirt Candy Suzuki team is a veteran of the sport who’s been racing motocross in Canada and in the US, but hasn’t raced supercross since 2012. Broc Tickle hasn’t blasted a whoop section since he crashed early in supercross last year in Toronto. Wil Hahn crashed in St. Louis last year and, like Tickle, hasn’t been back since. His brother Tommy even retired. Josh Hansen took an even longer sabbatical—he walked away from the sport in early 2013 and hasn’t been back since. Nico Izzi’s last supercross main event was in 2012 on the Valli Yamaha, where he scored an impressive sixth in the 450SX main event.

All these riders were back in Anaheim looking for good results, and some of them were hoping for a second chance at a career that many thought was gone for good.

How did it go? For most everyone on the above list, pretty good. Maybe supercross is easy? Nah, these guys are just that good, I guess.

Metcalfe, a privateer if there ever was one, won his semi race over his old team’s new rider (Yoshimura Suzuki’s Blake Baggett), which had to feel good. Metcalfe looked pretty good all day and made it up to fourteenth in the main event before settling for a seventeenth. But anytime you can win something at a supercross, even the KJSC, it’s a good night.

Tickle was impressive in his return to supercross for the RCH/Soaring Eagle/Jimmy John’s Suzuki team. His injuries to his back last year were pretty serious, and to even see him back racing is an accomplishment. Every time Tickle hit the track he got better and better. He qualified tenth fastest, started tenth in the main, and ended up a very respectable eighth. His fitness looked good and he should just improve from here on out.

Unfortunately for Wil Hahn, his debut on the Monster Energy Kawasaki didn’t go so well. Wilbur crashed hard early in the second practice session and broke his upper arm, among other injuries, and will be out for a while. Get well soon, Wil!

On the good end, Tommy Hahn made the 250SX main and finished fourteenth on his MotoSport/GPI Honda Racing bike. He hadn’t raced a supercross since Phoenix in 2012.

Josh Hansen suited up with his own team built around him in 250SX and some bike problems held him back in qualifying, but he led his heat race for a bit and was top-three in the main before getting struck by that bug called arm pump. The #100 showed some speed though, and I think he’s in line for some podiums and maybe, just maybe, a win.

Nico Izzi, on the Rockwell Watches team, is also in 250SX and was probably the rustiest rider out of the ones we’re profiling here today, but he’s also been gone the longest. Izzi qualified seventeenth, made the main pretty easily from the heat, and was in the top ten before a crash on the opening lap of the main event. From there it was an uphill battle for the #341. He finished sixteenth out of the twenty-two riders in the main.

All in all, except for Wil Hahn, all the guys got into the main events and showed that talent doesn’t just go away. It just lies dormant for a while. Look for all these guys (and Wilbur when he gets back to racing) to just get better and better every time out.