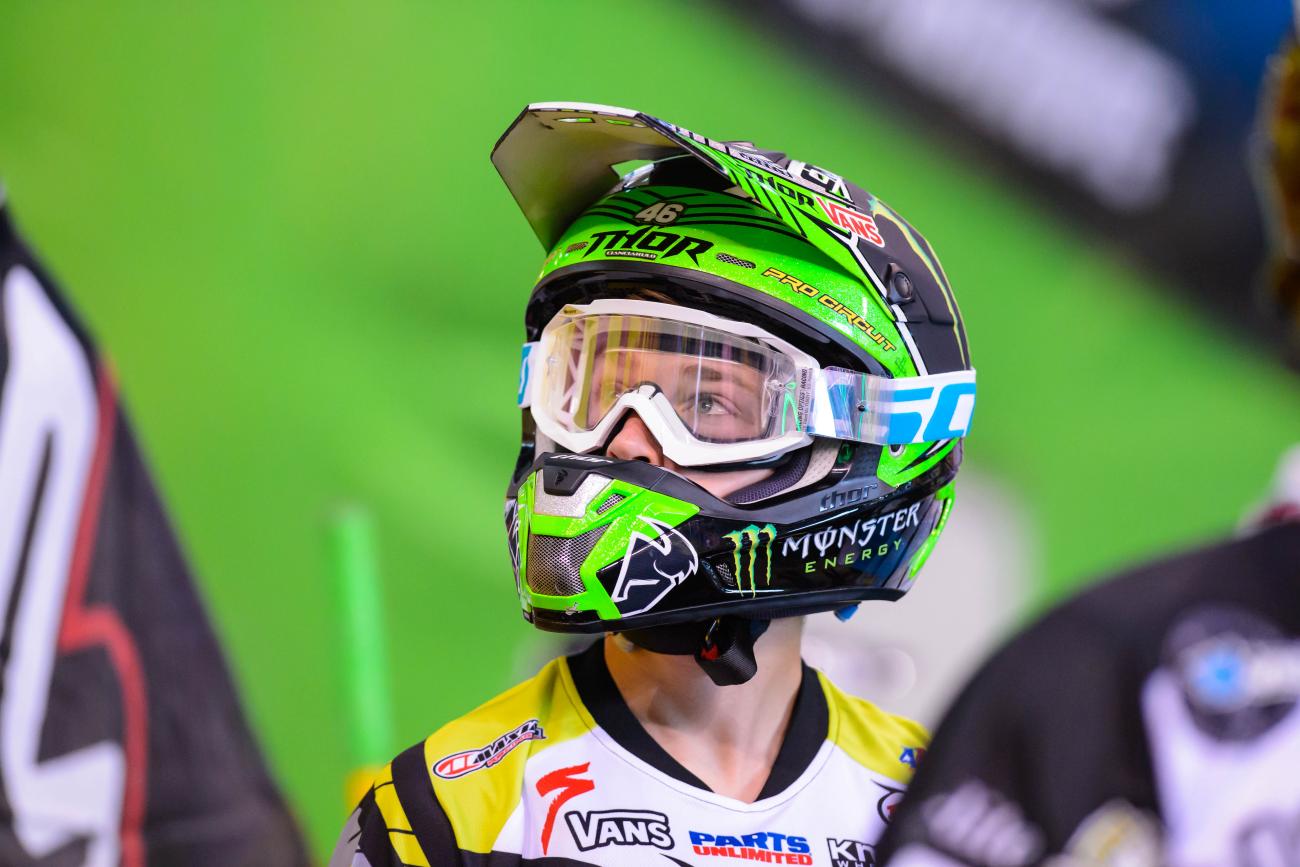 Jason Thomas: What a blow for both Adam Cianciarulo and Mitch Payton's Monster Energy/Pro Circuit Kawasaki team. Many had AC pegged as the one to watch coming into 2015 after an incredible supercross debut in 2014. He sat out the entire summer after a shoulder surgery that was directly aimed at preventing and correcting the same shoulder he re-injured last weekend. The obvious disappointment stemming from this injury is overshadowed by concerns of a career-affecting chronic injury. Shoulder injuries are not something to take lightly, just ask former phenom Robbie Reynard. Reynard's true potential was never fully realized due in large part to a shoulder that was never quite right.

The damage is done at this point for the short term. Adam will need another surgery before returning to racing action. For the long term, though, this situation needs to be examined very closely. Cianciarulo's future could be considered one of the brightest ever, but an injury like this can change that in an instant. Getting back to 100 percent and healing properly should be the top priority. He is still young and has time. Having a fully functioning shoulder will allow him to win races and championships down the road.

Davey Coombs: When news and photos starting popping up from last weekend's Geneva SX in Switzerland showing Adam Cianciarulo down on the concrete as medical personnel inspected his shoulder, I knew it might be bad. But I had no idea it was going to be out-for-supercross bad. This teenage kid with prodigious talent can't seem to get a break. He has dealt with stomach issues, crashes, and now two separate injuries to the same shoulder since going pro two years ago. He’s incredibly fast when healthy, but his fragility raises some serious concerns moving forward. Adam was on his way to the East Region title last spring before he ruined his shoulder (and it was painful just watching him try to continue after the Asterisk Mobile medics tried to pop it back into place in the middle of the Toronto race). Now he's out for the 2015 Monster Energy AMA Supercross Championship and likely a question mark for even Lucas Oil Pro Motocross.

As we all know, shoulder injuries can be chronic. Once there's a problem, it can happen again and again, just as we've seen with wrist and knee injuries in this sport. Cianciarulo needs to take all the time he can to get this fixed right; no one wants to see another season lost to the same injury, which is similar to what happened with a couple of other incredibly talented prodigies who couldn't stay healthy: Robbie Reynard and Bobby Bonds.

I don't want to second-guess Adam's decision to go race in Switzerland because this kind of injury could have happened anywhere—practice track, press day, even just play-riding—but I'm guessing Mitch Payton is. Mitch has had a tough couple of seasons with bad luck and injuries for riders like Blake Baggett, Dean Wilson, Darryn Durham, and of course Adam. All of those other guys have moved on to other programs, and the team Mitch is left with going into the season isn't the same without his blue-chip recruit Cianciarulo. January just got a lot more complicated for the winningest team in 125/250 supercross history.

Get well soon, Adam, and take your time coming back.

Steve Matthes is currently on an epic mountain-bike ride, getting ready for the 2015 season. So we called upon Pookie Matthes, president of the AC fan club, for her thoughts. Take it away, Pookie.

Pookie Matthes: Whose idea was it to go to Geneva anyway? I want a name! Where is Geneva even? Because I'm never going there. Ever!

After piecing together our hope (and shoulder) after last year's crushing blow, we were ready and we were counting down the days! Of course by "we," I mean me, Adam, and the rest of the Team 50 SuperFan Club. It was going to be a glorious checkered-flag-filled supercross season. Until someone suggested we race Geneva Supercross. And as I sat on my couch this morning reading and re-reading the press release I couldn't help but wonder, why do bad things happen to incredibly adorable people?