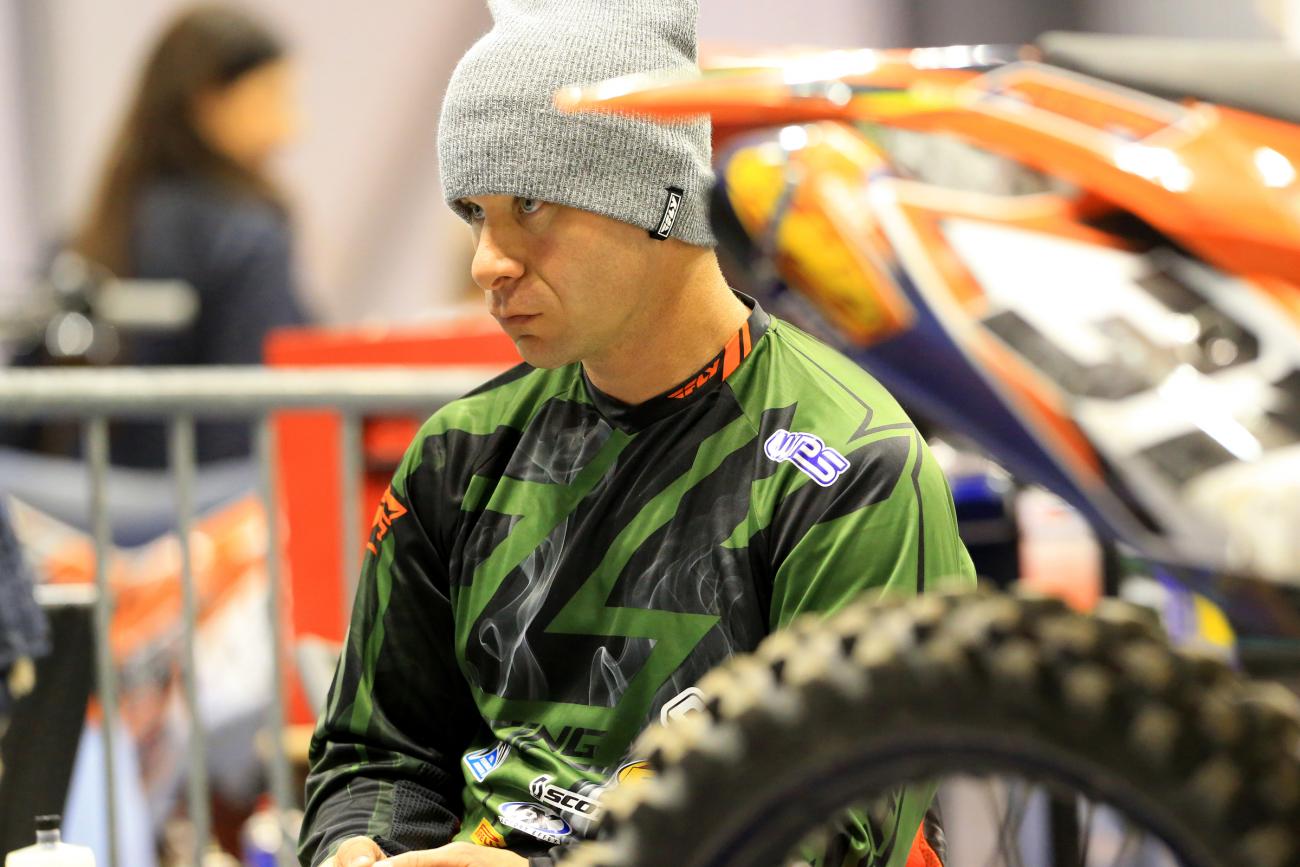 Going into last weekend, there were a million questions in my mind about how it would go. My only real goals were to have fun and stay safe. Racing is not the priority anymore, and I didn't want to do anything stupid and jeopardize all of the great things I have going on since I retired from racing. Still, I wanted to perform at a respectable level.

Finding that balance between assured safety and good results is really tough. To place well, caution has to be thrown to the wind and risks have to taken. Not only were there the mental roadblocks that I mentioned, but I also spend more time behind a desk than behind handlebars these days. I had to put in hours and hours of training to try to regain some of the fitness I had once taken for granted. Actual riding time was tougher to come by. That, in the end, was my weakest link.

Between my work duties and the shortening days of winter, riding time was just difficult to find. In my racing days, I would spend countless days just logging laps so that when the races came, it was just another day at the office. Fast forward to now, and my life really is just another day at the office. I learned last weekend that there truly is no substitute for seat time.

Not to say that it went badly, but I just never felt like my old self out there. I struggled to get comfortable, and my arms were in a constant state of incapacitation. No matter what I did, within a few laps my arms would lock up and all aggression and fluidity would be a distant memory. I kept on trying, though, even if in vain. I knew how to go fast, but my body just wouldn't seem to let me. Lack of preparation is fatal, and while that may be overstating my results, it definitely was hard to swallow after so many years of success overseas. I ended up fifth, which could certainly be considered decent, but it wasn't what I was hoping for. If this were a few years ago, there would have been quite a scene in the pit area if I had finished fifth at that event. Thankfully, after a few deep breaths and maybe a swear word or two, I was able to keep perspective on the situation and my own expectations.

This was supposed to be fun, a chance to experience my old life. I was not supposed to come in and win. That was how it was—but not how it is. Years pass. We evolve, grow, and things change. This was no different. I left Finland able to congratulate the guys that beat me, something I would have really struggled to do before. I admire the level of riding that they possessed and know that I was that guy for many years. I was the guy that left with the champagne-soaked gear and trophy. Now, the next era has arrived and the natural progression is ongoing. I have gone through that entire cycle, and looking back, it was one hell of a ride—from the early years of hoping to just make the final, to the years of winning races and collecting big checks, to the end days of reflection and fond memory.

As I sit writing this, I can't help but think of how there are a few guys on the precipice. Chad Reed, of course, comes immediately to mind. He is 32 and will turn 33 in this next supercross campaign. His years are winding down, but he still possesses that edge that we all hope lasts forever. Unfortunately, time waits for no man, and this year may be his best, last shot at glory. I just faced, head on, the change that years bring.

Reed will soon get his shot at quieting the naysayers once again in six weeks' time. My advice is this: Grasp the opportunity. Leave your mark on this sport so heavily that even your biggest critics have no choice but to recognize the feat. There will be a day, and it's coming soon, that it simply won't be possible to be the best anymore. That time is not here yet. Not yet.