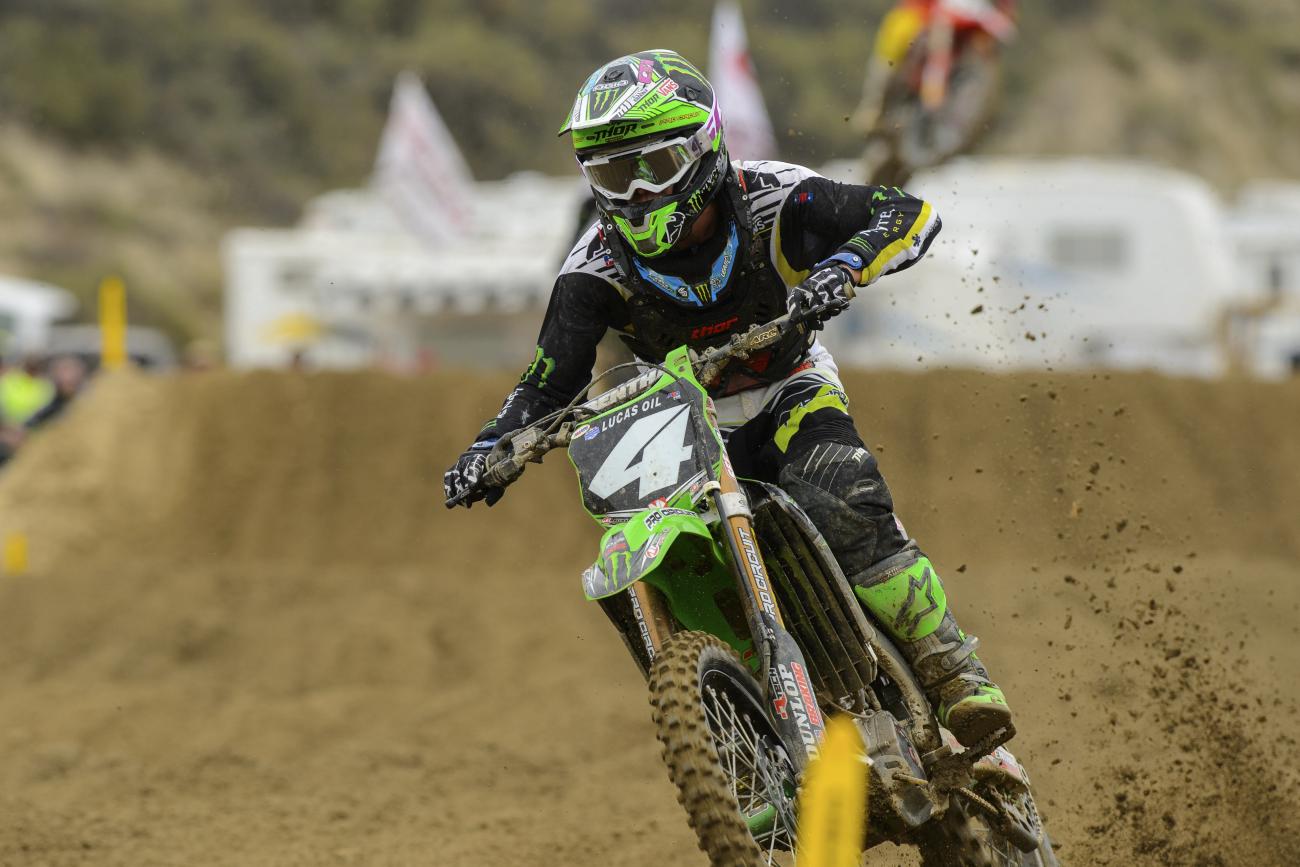 Onto 2015! After enduring 2014’s “the year everyone had a two-year deal,” we’re now into an off-season with more moving and shaking than ever. With big 450 deals impacting Ken Roczen, Justin Barcia, and Davi Millsaps and the uncertain future of Ryan Villopoto and James Stewart, there’s much ado about something in the big bikes.

That’s just the start! The 250 Class will also see a ton of changes, to the point where each major team will look dramatically different. Here’s our first 2015 silly season guide to point you the right way through the litter of changes in a small-bore class.

Notes: Adam Cianciarulo returns from a shoulder injury that cost him the Lucas Oil Pro Motocross Championship and will be joined by rookie Chris Alldredge, who will not have to compete in the Ricky Carmichael Road to Supercross. Tonus, 23, is coming over from the GPs. We expect Bowers will also be on the team, but that obviously has a big impact on his Babbitt’s arenacross team, so no PRs have come out about that yet. Savatgy is a late addition, but we hear this deal is likely to happen.

Notes: This team made an offer for Savatgy, but we’re hearing PC will get him. This means GEICO could have room for a fifth guy, but we believe they’ll only do it for the right rider, and Savatgy was probably the last option. Unlike Alldredge, Jordon Smith does have to qualify for supercross via the RC Road to SX. Look for him to race a few arenacross events in January and then race 250SX East Region.

Notes: This was Rockstar Energy Racing’s last year aboard KTMs. They will be back with new colors and new riders! (Although, Jason Anderson is not leaving the team, just moving to a 450). No word on if they plan to add another rider.

Notes: Movin’ Marv will be back, and KTM outbid Pro Circuit to grab up Hill. Win a few West Region SX races and you’ll have teams calling you, too.

Notes: From Honda to KTM! This team takes Rockstar Energy’s place as KTM’s factory satellite 250 team. Durham will be a new addition, while McElrath and Nelson return. At this time, we are unsure what the future is for Malcolm Stewart, who rode 250SX and 450 MX for the team last year.

Notes: J-Mart and Webb are good to go after re-signing with the team earlier this year. A-Pless is fresh out of the amateur ranks and completed the Road to SX via arenacross earlier this year. We expect A-Rod to return—although that’s not official yet.

Notes: We hear Alex Martin is returning to the team—although that is not official. Luke Renzland rode for the team after Loretta’s, but told us last week he has not re-signed. He did not rule out a return to the team. The status of Ben LaMay, who rode for the team last year, is also uncertain.

Blake Baggett: Certainly the biggest name still on the market. We’ve heard Baggett talking to just about every color in the pits. Last thing we heard was “be patient.”

Christophe Pourcel: Pourcel told us several times this summer he was enjoying himself here. So that means he’d like to keep racing, but we don’t know if this current Valli Motorsports Yamaha team will be back. So, what happens next?

Zach Bell: Bell is another big-name free agent that has yet to announce a deal for next season.

Blake Wharton: After spending the summer riding Supermoto, Wharton is expected to return to supercross next year. He has not announced a deal.

Kyle Cunningham: Cunningham spent last year with SmarTop/MotoConcepts. No official word on whether he is returning.

Matt Lemoine: Lemoine has spent the past few years with JAB Motorsports.

Mitchell Oldenburg: Oldenburg broke out on the 450 in Lucas Oil Pro Motocross this season, but has spent the past two years in supercross in the 250 Class.

Nick Gaines: The rookie got help from Traders Kawasaki after graduating from Loretta’s. No word on if he returns to the team in 2015.

Scott Champion: Rode for the supercross only, Skirt Slaton Yamaha, outfit in 2014.

Austin Politelli: Broke his femur in Monster Energy Supercross this year. He raced the Canadian Nationals this summer.

Zack Freeberg: Was also a member of Strikt Slaton Yamaha in 2014.

Gavin Faith: No word on the former Australian Supercross champion.