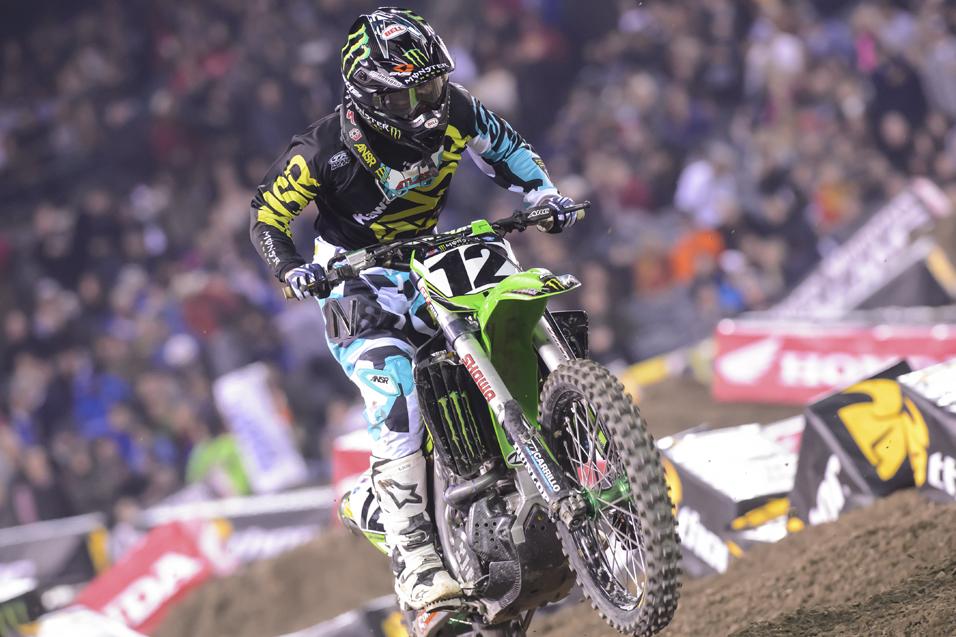 January 6, 2014 4:10pm
by: Jason Weigandt
Anaheim, CA Anaheim I (A1) Monster Energy AMA Supercross Championship
The new format for the 450SX qualifying already created a huge benefactor, but not a rider you’d expect.

A first glance at the results from the Monster Energy Supercross opener will reveal many surprises, but many involved high-profile riders or incidents, so you already know the story. Ryan Villopoto crashed. Justin Barcia blew the start. James Stewart crashed. But each week there will be another result that looks merely average in by the numbers but was actually filled with quite a bit of drama beneath the surface. And that’s where our weekly Unsung Hero column comes in. 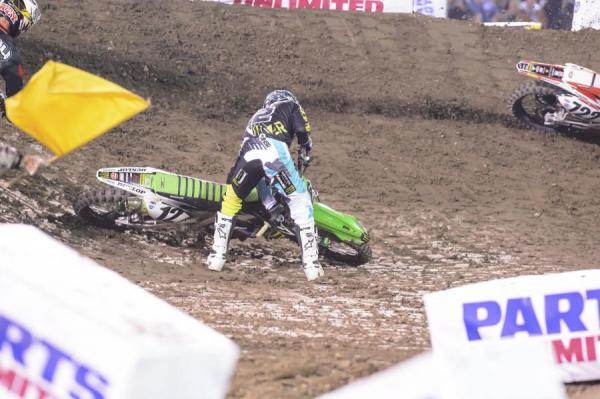 This week’s Unsung Hero is Jake Weimer. Yeah, finishing tenth on the factory Monster Energy Kawasaki isn’t anything to brag about, but Jake averted disaster by salvaging any kind of result at all—he spent most of the night in danger of not even making the main. Luckily, the new format came to his rescue, and he took full advantage.

First, Jake did not come out of the blocks quickly, logging just 13th fastest in qualifying. Then things got much worse, starting with a huge crash in the second turn of his heat race. He and Eli Tomac had different jump rhythms, and when Tomac moved over to cover the inside of the corner, he went right into Jake’s front wheel and they collided in the air. Weston Peick was soon collected, too. The crash ended Tomac’s night, and left Weimer heading to the semi with a busted elbow. There, Weimer ran into the back of Vince Friese and missed qualifying again.

We saw Weimer heading to the line for the Last Chance Qualifier, and he wasn’t happy. “My fault,” he said. “It’s Friese, I should have known better and not put myself in that position.” 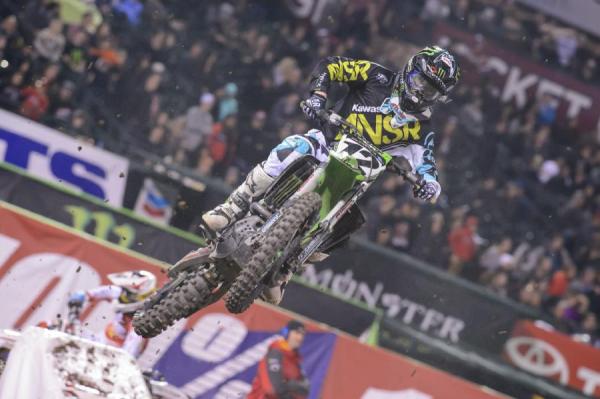 
Had the format not changed this year, Weimer could have missed the opening round main.
Simon Cudby photo

Now in safe mode just to make sure he made the main at all, Weimer finished a lowly third in the LCQ, becoming the first rider ever to grab the 21st pick via an LCQ in the 450 Class (up until this year, the premier class only hosted 20 riders). Had the qualifying format not changed this year—adding in the extra semi race and two extra spots in the LCQ—Weimer might have been watching the main from the stands.

From there, he righted the ship, grinding out a 10th place finish. Not spectacular by any means, but considering how quickly the night seemed to be getting away from him, he’ll take the points and be happy to move on to round two, where hopefully things will go a little more smoothly.