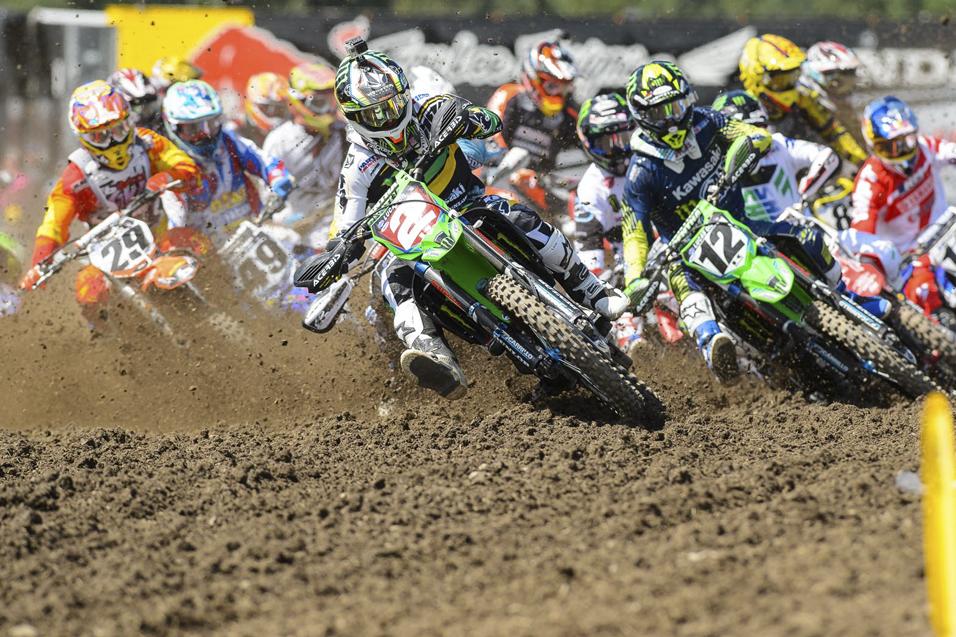 The Moment RV From the Start

After a rough one at Millville, Monster Energy Kawasaki’s Ryan Villopoto had given just a tiny bit of daylight to the rest of the 450 front runners. James Stewart won, Trey Canard was right there, and Ryan Dungey gained some points. Then everyone got a weekend off to reflect on their accomplishments and let the new found confidence sink in.

It took all of about five seconds for Villopoto to turn it all around at Unadilla.

About the only thing Villopoto hasn’t been dominant on this year has been the starts, as he’s won a lot of races making quick passes early. At Unadilla, he didn’t need to, because he had everyone shut down by the very first turn of the first 450 moto. Then he backed it up with another Motorcyclesuperstore.com holeshot in moto two. 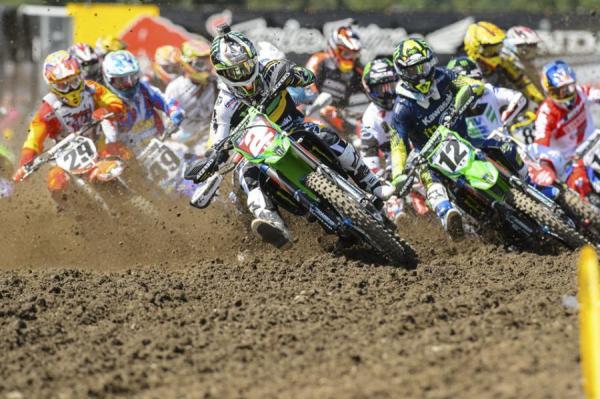 Turn out the lights, the Unadilla party was over from here.
Cudby photo

Villopoto credited his speed on the track to two things. First, a suspension change made during the off week helped, and second, track changes over the last few years at Unadilla seem to gel with his style. And as it turns out, the bike changes he made even helped grab those holeshots.

“The bike change we made actually helped off the start,” he explained in the post race press conference. “We made a fork change and shock change, but it actually helped with the initial launch out of the gate. At Millville, I didn’t get the best jump. You’re not going to get every holeshot, there are just too many good guys out there, but I had a feeling that it might not just have been me there, and maybe there was something we could change on the bike. I might have been wrong, but we just talked about it.”

They talked about it, worked on it, and it worked. Once RV had clear track, there was no stopping him, although New York's own Justin Barcia at least gave him a decent run in the second moto. Meanwhile, Millville heroes like Stewart and Canard (claimed in big crashes off the start of moto two) and Dungey (sub-par fourth in the second moto) had rough days. Consider the momentum turned right back around.