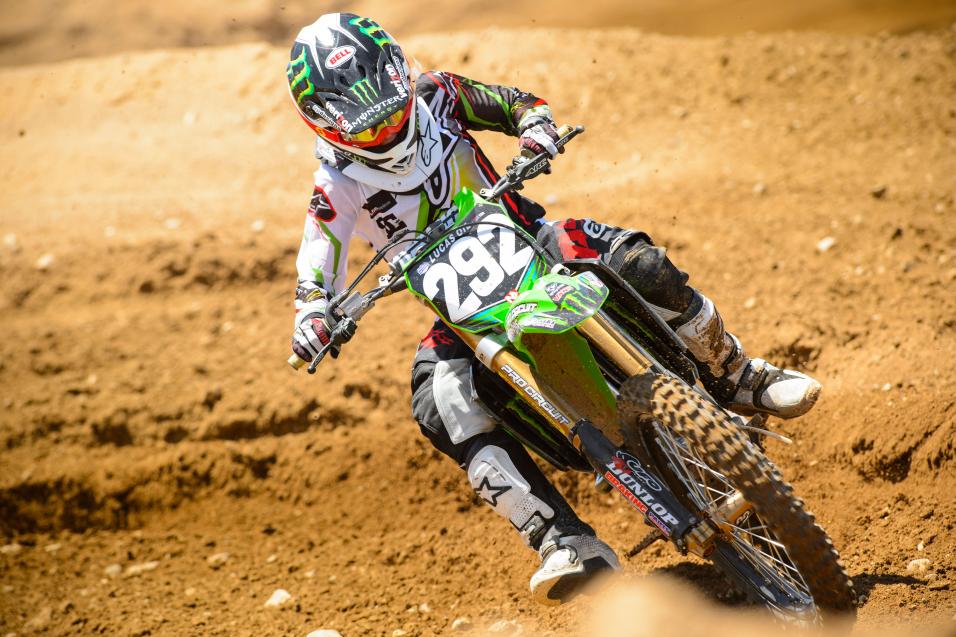 The news that Adam Cianciarulo is turning pro isn’t that big of a shock, but his path to the pros is indeed surprising. Perhaps the most anticipated amateur rider to turn pro since Mike Alessi, AC is attempting to jump right from Superminis to the pros in less than one year. Anyone who is anyone has always raced at least one season on the big bike before turning pro. But Cianciarulo is just saying, “Screw that” and going to the bigs.

He’s raced one race (!) on the big bike and really, even that shouldn’t count for much seeing as how it was the very specialized Monster Energy Cup. What he’s attempting to do is unheard of in motocross history, at least in the last 30 years or so.

But here’s the thing: he’s earned it. How? Well, there were plenty of people at Kawasaki and at Pro Circuit that didn’t want Adam to turn pro this quickly. The fact that Pro Circuit already has its hands full with six riders this summer (two in the 450s), the fact that Adam is coming off of an injury and you know, the fact that no one has done this before all seemed to indicate that he’d race amateur this year and then turn pro for the last three races after Loretta Lynn’s.

But Adam showed up in California and forced everyone’s hands by going fast. It was obvious to anyone out at the tracks that he was one of the best riders on the team and he was ready. I saw him out at Villopoto’s maybe two months ago and he looked to be flying, his lap times barely changed during long motos, and he certainly seemed ready to me. He’s never raced a big motocross race on a big bike before but you know what? He showed that none of that matters the last two weeks. He’s been hauling.

Will he win? No chance, I say. In fact, lost in all of this talk is that there’s another pro debut coming for a kid named Cooper Webb. He rides for MyPlash/Star Racing Yamaha, has plenty of experience on the 250F and in fact, I bet he beats AC at Hangtown. Webb is that good and he’s that under the radar.

But Cianciarulo will be a top ten guy, he’ll get better and better as the series moves on. He’s a winner and a champion. He’ll figure it out soon. I think this is a good move. He’ll get some lumps delivered to him at first, but his speed will eventually get him to the front and come 2014, watch out.

Look, it’s not like Cianciarulo isn’t capable. He could holeshot Hangtown and blow minds. He has the full package, and can follow a map laid out by Ricky Carmichael, James Stewart and Villopoto, who all won the 125 (Lites or 250, whatever you want to call it) National Championship in their first full pro season.

But just because there’s potential for a huge reward doesn’t always mean it’s worth the risk. To me, it seems like Cianciarulo and his family decided to race Hangtown no matter what.

Justin Barcia and Eli Tomac set the bar by turning pro at the National opener, and crushing it. But these were not pre-destined decisions. Only after they went to Loretta’s on 250Fs and dominated did the Factory Connection Honda team consider the move, and in Tomac’s case, he needed to log another strong run through the Mini O’s and the Texas Spring Nationals before they knew it for sure. Cianciarulo has never raced a 250F as an amateur besides the Monster Energy Cup (where he was good but hardly dominant—he didn’t even win the event overall) and then injuries cost him several months of racing. Rick Zielfelder from Factory Connection tells me that if Barcia or Tomac had suffered a setback via injury at any point during the run up to the opener, the plans would have been pulled back. You have to let the rider’s situation determine the outcome, not the calendar.

There is a gauge on AC via the stopwatch, and no doubt he’s fast. But things get dicey once racing begins. Matthes says Cianciaulo will be a top-ten guy and will get better and better as the year goes on. But most riders with Cianciarulo’s talent don’t improve at a linear rate like that. No doubt, Adam himself expects to come out with a burst. He might, but it will get gnarly later. Some dig past it—Barcia and Tomac did—but some do not. Zach Bell and Justin Bogle, for example, started spectacularly but seem lost for the moment, and in a game that’s all about confidence, that’s risky business. Generations ago, Kawasaki bumped Robbie Reynard into the pros as soon as he turned 16. It did not turn out well.

Cianciarulo is the future for Kawasaki, Pro Circuit and Monster, so I would take as few risks with him as possible. His real time to deliver is years from now (Villopoto is the man in this sport today, but we are now eight years into his pro career). There’s a chance starting early will help Adam, but there’s a chance it will hurt. Meanwhile, there’s zero chance that waiting will hurt. I realize AC could pull the holeshot at Hangtown and blow minds. But is that a chance worth taking?