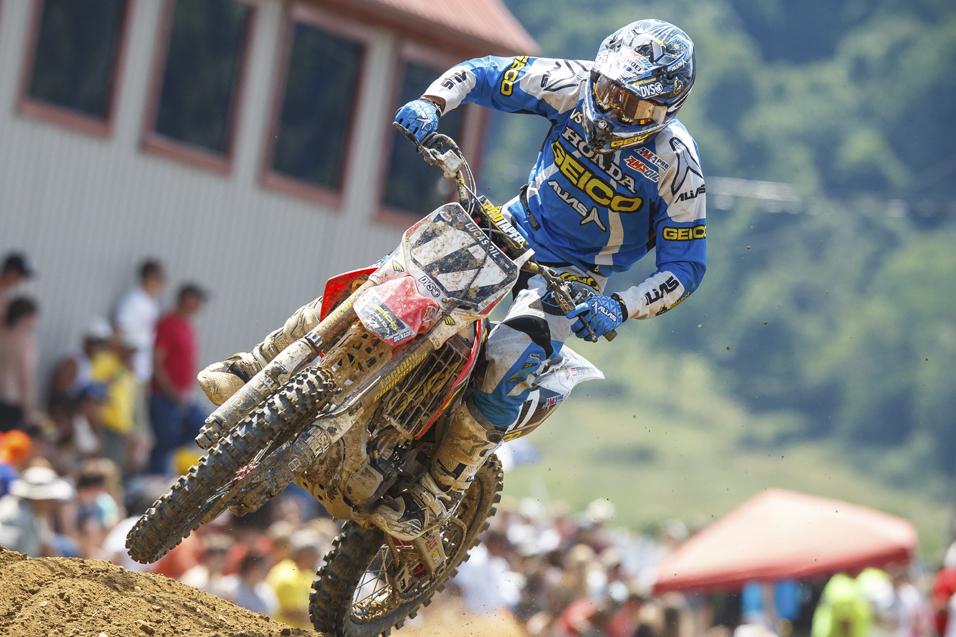 Last week, word came out that Eli Tomac’s much-rumored 450 motocross debut this summer was on hold, and he would return to the 250 class for the 2013 Lucas Oil Pro Motocross Championship. Let’s put the Vegas SX 250 finale discussion on hold for a second and focus on this move for the outdoors. We asked two ex-pro staffers to weigh in on Eli’s decision to make one more run on the small bores.

This news surprised me. Eli has been pretty vocal about wanting to get on the 450 and when he does jump on the bigger bike he seems right at home. With Kevin Windham stepping down this year it seemed like the perfect fit. I called Eli to get the reasons for the decision right from the horse’s mouth.

“We decided that it might be rushing it a little bit to jump up right now,” said Tomac. “The 450 class is stacked with great riders at the moment and we didn’t feel like we could be prepared the way we wanted to be in the amount of time we would have to test and get ready for Hangtown. I really did want to move up but after doing some of those 450 races on the East it kind of opened my eyes a little bit. When we all talked about the options it seemed like the best thing to do would be to stay in the 250 class for the summer and take another shot at the outdoor title.”

After hearing Eli’s reasoning his decision made more sense. He always looked very comfortable on the 450 but he is the only one that knows where his comfort level is on the bike. Eli hasn’t been able to win a 250 outdoor title yet so this gives him one more good shot at it. Once the summer is over he will have ample time to get a 450 setup that he is comfortable on and happy with. I believe Tomac’s style better suits a 450 and the move to the big class will only make him more competitive. But timing is everything and between Eli, his family and the crew at GEICO Honda, they have some very level heads at work.

Coming into the 2013 Lucas Oil Pro Motocross Championship, there have been many unanswered questions that are finally starting to be answered. With Dean Wilson confirming his 450 plans, Blake Baggett seemingly ready and Adam Cianciarulo looking poised to make his debut, Eli Tomac's plans were some of the last up for debate. He had long been pleading for a 450 this summer but it looks like he will be on the 250 once again, making another run at the title. Last year, it came down to the final moto between Eli and Blake Baggett, with Eli coming up just short of his first national championship. In the real world, Eli would not be considered big, but in the weight conscious world of factory 250 racing, he is larger than average. He often attributes his poor starts to this weight disadvantage and I would assume he was hoping to avoid that issue come May 18.

But after looking at Honda's roster heading into the outdoors, it makes sense to keep him on the smaller bikes. He is their best shot at a championship, and really is the only rider they have who has proven to be a title contender outside. With Barcia, Canard, Reed and more all on the big bikes already, they seem to be poised to make a strong assault on the big bore class without sacrificing their best hope in the 250s. Personally, I like the move as I feel that Eli has some learning to do yet and he will have plenty of years of 450 racing ahead. I honestly feel that Wilson should make the same move but that's a topic for another day. I think it adds a great deal of excitement to the smaller class, as the big bikes already have oodles of anticipation without Eli's presence. After last year's barn burner battle between the green, red and orange teams, it is shaping up to be a summer for the ages.