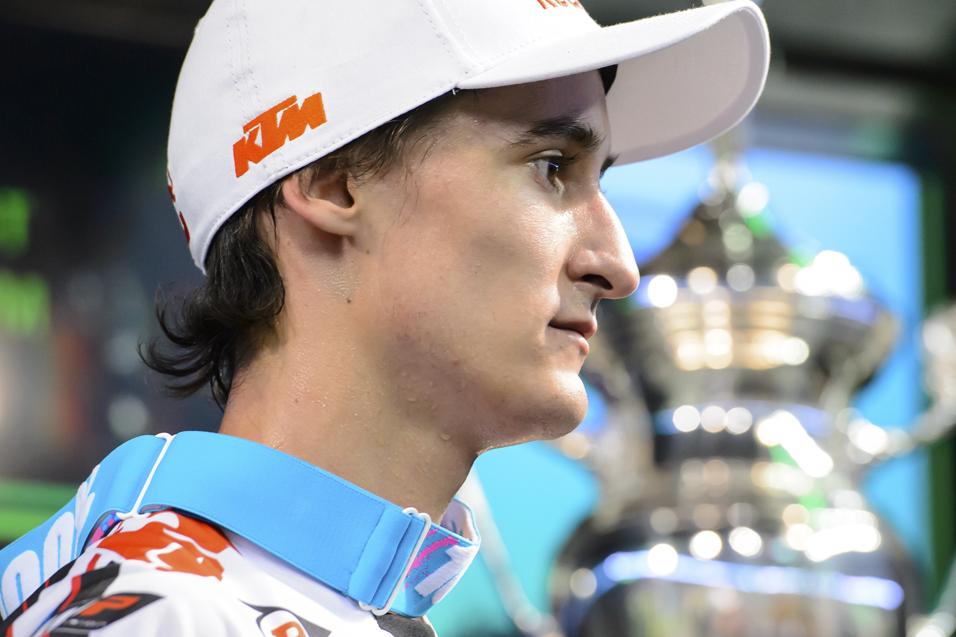 Advertisement | Advertise with Us
Houston, TX Houston Monster Energy AMA Supercross Championship
In Toronto, Marvin Musquin struggled in practice due to a huge crash, but he executed when it counted in the main event. Houston was the opposite. He was fastest in practice, but a crash while running second in the main cost him valuable championship points.

“Whoops were awesome in the last practice and in the heat race, but they got really hard packed and slick and rough in the main event,” said the Red Bull KTM rider after the race to Erin Bates on the SPEED broadcast. “So every lap I was like ‘Okay, be careful.’ I tried my best, but one time I almost went down, went into the tough blocks, and then I crashed.”

Musquin is in a close title fight with GEICO Honda’s Wil Hahn, so he set his whole race up around not going down. Early in the race, he got into a hard scrap for the lead with Rockstar Energy Racing’s Blake Wharton, and decided to play it cool. “Blake Wharton was really aggressive on the first laps, it was maybe too crazy, he cut [inside in] all of the turns, and I was scared,” said Musquin. “I was like ‘Wow.’ I was scared because we could have been on the ground. So I tried to be smart, I let him go, I was behind him, I was faster. Then I went down. That’s supercross, anything can happen.” 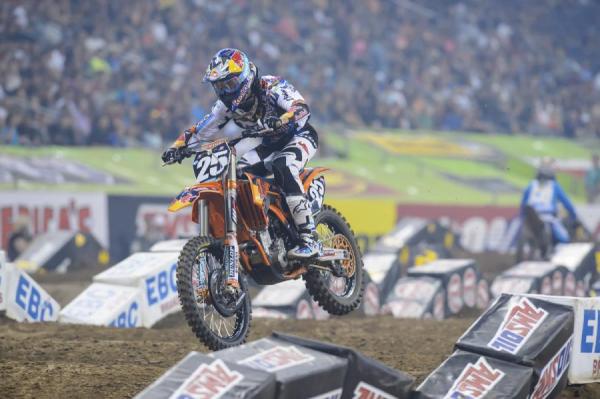 Marvin Musquin made a costly mistake in the whoops in Houston.
Simon Cudby photo

Wharton went on to win the race, while Hahn finished second, so Musquin’s crash marked a four-point swing in the championship. He’s now down eight. And just to show how these title fights often come down to one small moment, Hahn himself made a similar mistake in the whoops a few laps after Musquin did, but he managed to avoid the tuff blocks, and stay upright. That was all the difference.

No one knows this better than Wharton. Had he not thrown the lead away on the last lap in Indy a few weeks ago, he’d actually be second in points right now, just eight back. Instead, he’s down 23.