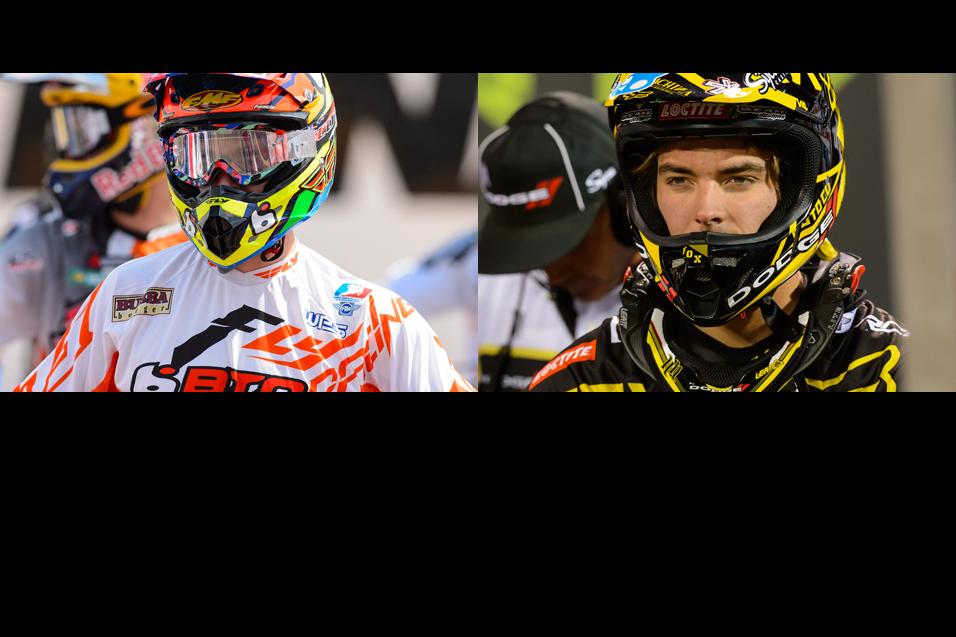 Advertisement | Advertise with Us
Reliant Stadium Houston, TX Houston Monster Energy AMA Supercross Championship
Banging bars. Trading paint. Ridin' dirty. However you want to phrase it, the tight confines of supercross lead to aggressive passing and hot tempers. With 20 of the world's best riders all doing battle inside a football field sized track, incidents between two riders are bound to happen and sometimes continue to happen throughout a season. This can all be because of one misinterpreted move or it can be a very clear message delivered by an aluminum frame. For Andrew Short and Broc Tickle, a feud has developed and seemed to reach a boiling point on Saturday night in Houston.

Apparently, this situation began last year during Broc's rookie season. He felt that Andrew was unnecessarily aggressive on occasion, but he shrugged it off as rookie initiation. For Andrew, it was business as usual. He has long been known as one of the more aggressive riders on the circuit, which is funny because in the pits he is easily one of the nicest, most approachable guys to be found. There’s a reason James Stewart started calling Andrew the "smiley faced assassin.” While undeniably a great guy, he is not one to knock lightly upon the door. Broc is getting force fed the message this year, as they have been close in speed all season. Broc was especially upset by a hard knockdown Andrew put on him in San Diego. 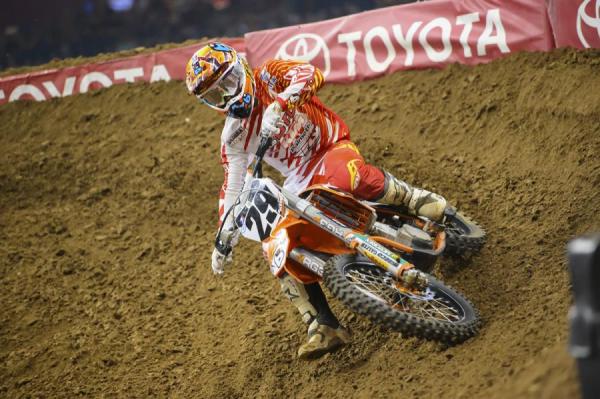 "I thought he was going to check up and he never checks up, that’s how he races. I’ve learned that. I have that problem with him and he has a problem with me.." - Andrew Short
Simon Cudby photo

At Daytona, Broc decided to fight fire with fire and added some RCH yellow to the current orange of the BTO KTM. The result for Shorty was a broken finger and an escalation of the dynamic. Now there was an actual reason to find the #20 and explain why people shouldn't mess with Texas.

After Daytona, I would imagine Broc assumed they were even. He probably figured San Diego started it, and Daytona ended it. Alas, here lies the problem. When a payback-type move occurs, it induces a vicious cycle of "owing one." Broc felt he had evened the score but from Andrew's side, he felt shorted (sorry). With no communication between the two other than the metallic clanging of steel versus aluminum, it's difficult to diffuse the situation. It becomes North Korea vs. South Korea and both sides feel they are South Korea. Every weekend one is looking for the other and exacting his turn at payback. Flash-forward to this weekend and Andrew is slicing through the pack and approaches the bulls-eye of Broc. Andrew delivered a Pirelli missile to the People's Republic of Mr. Tickle.

Short explained to our Steve Matthes that his pass wasn’t an intentional knock down, saying, “I thought he was going to check up and he never checks up, that’s how he races. I’ve learned that. I have that problem with him and he has a problem with me, and we keep running into each other.” 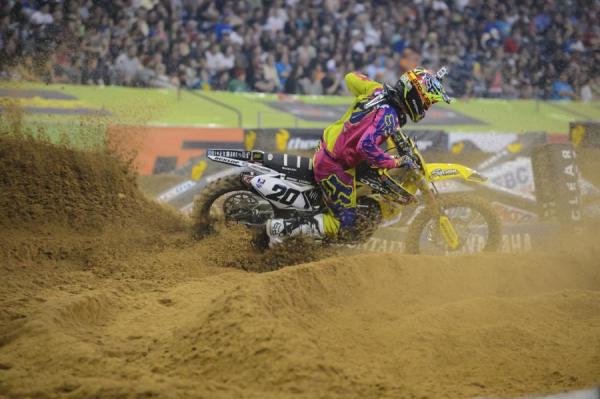 “He’s done it three or four times now. I’ve gotten him back and he just keeps doing it again. It looks like he has another one coming and I’ll make it count." - Broc Tickle
Simon Cudby phtoo

But when tensions are this high, communication breaks down, and Tickle was having none of that. “Andrew Short got me again and that really irritates me,” said Tickle in a team PR. “He’s done it three or four times now. I’ve gotten him back and he just keeps doing it again. It looks like he has another one coming and I’ll make it count. He’s knocked me down twice now and I haven’t knocked him down yet.”

The 20 had reached his melting point. After the race, harsh words were thrown around inside both semis between both riders and for a minute I thought it was going to be settled the old fashioned way. Cooler heads prevailed in the end after a few tense minutes. Hopefully the talk will yield results and the next time both riders are engaged in a battle, their truce will be held up. My fear is that once the adrenaline is flowing, all words will be left in the pits and mechanics will be once again scrubbing the competition's paint off their machines.

I am a believer that you can only use a 230-pound motorcycle as a doorbell so many times before someone is headed to see Doc Bodnar. Being friends with both of these guys, I hope that they can find a common ground and show each other the respect they both deserve. If not, I hope I can find some popcorn when the fireworks ensue.