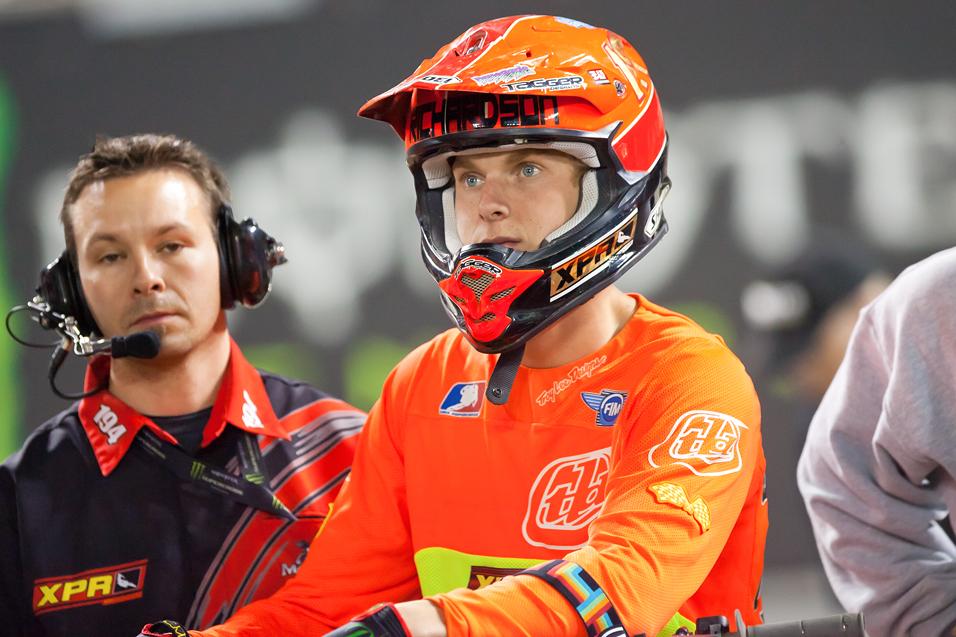 His words were softly spoken, but the charismatic smile on his face portrayed the happiness that no words could have expressed. As he sat propped against his bike with a relaxed demeanor, Jackson Richardson spoke to the joys of joining an exclusive club.

Australia has a long history of producing top talent that has enjoyed the riches of success in the States. The late Andrew McFarlane, the Marmont and Moss brothers, Dan Reardon, Craig Anderson, Michael Byrne, Brett Metcalfe, and multi-time AMA Supercross Champion Chad Reed, among others, have paved the way for a new breed of Australians. With Kade Mosig and Josh Cachia, whom both made their Monster Energy Supercross debuts this year, and the aforementioned Richardson, Australia is hoping to usher in a new wave of talent. 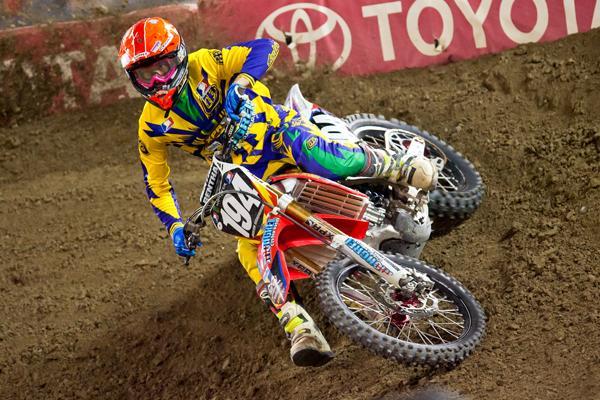 Richardson had a very family-oriented upbringing in Cairns, Queensland, Australia, according to Transmoto (Australian motocross magazine) managing editor Andy Wigan. His father runs a construction and haulage business, as well as a sugarcane farm. You may be familiar with the farm, as it was used in the inaugural JDR KTM “Dream Ride” series. Now living just outside of Cairns in Gordonvale, Richardson hones his skills at his house, equipped with one MX and three SX tracks. In Oz, he’s nicknamed Jatz Crackers or just Jatz, which is a popular biscuit in Oz. We have no idea how he got that nickname, but we’ll do our best to import it.

Richardson has gotten some good starts this year in the 250SX East Region and has shown flashes of speed. Toronto was his most consistent race, though, with a ninth-place finish (previous best was 11th in Dallas). With his top ten on Saturday night, Richardson achieved a life long goal, joining the likes of Reed, Metcalfe, Moss, Reardon, among others, as Australian based riders to finish inside the top ten in AMA Supercross.

“It feels pretty good, even though I’m not on the caliber of that or finishing in the positions they have before, but it still feels good to be sort of on that list of guys,” said Richardson of joining the elite club. 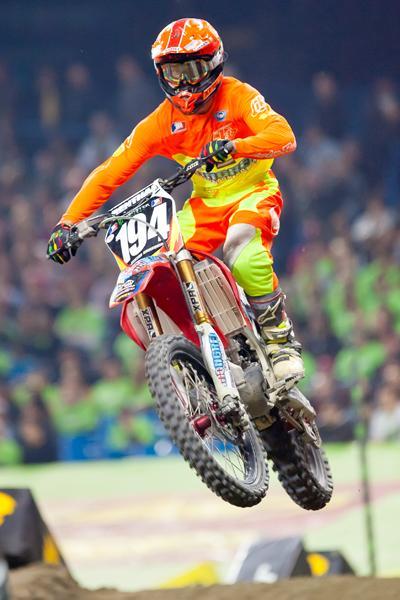 “I can only hope to one day get to where those guys are—I’m working towards that, but at the moment I’m just happy to get in the top ten,” added Richardson.

Richardson will finish the last few rounds of supercross before heading back to Australia to solve his VISA issues. He’s coming back to America to race the Lucas Oil Pro Motocross Championship this summer, where the former amateur standout (in Australia) hopes to lead a new era of Australians.