Offroad legend Shane Watts has confirmed the formulation of the DirtWise Schools/KTM-Parts.com/Maxxis race team for 2013 and beyond, featuring current GNCC Pro XC2 Champ Jason Thomas as the lead rider. 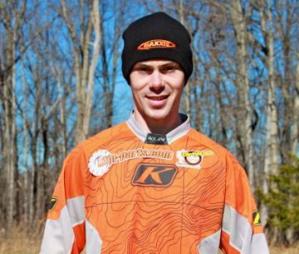 2012 GNCC XC2 Lites Champion Jason Thomas
(No, not the motocrosser who retired and then we hired.
This is the off-road guy from Wales)