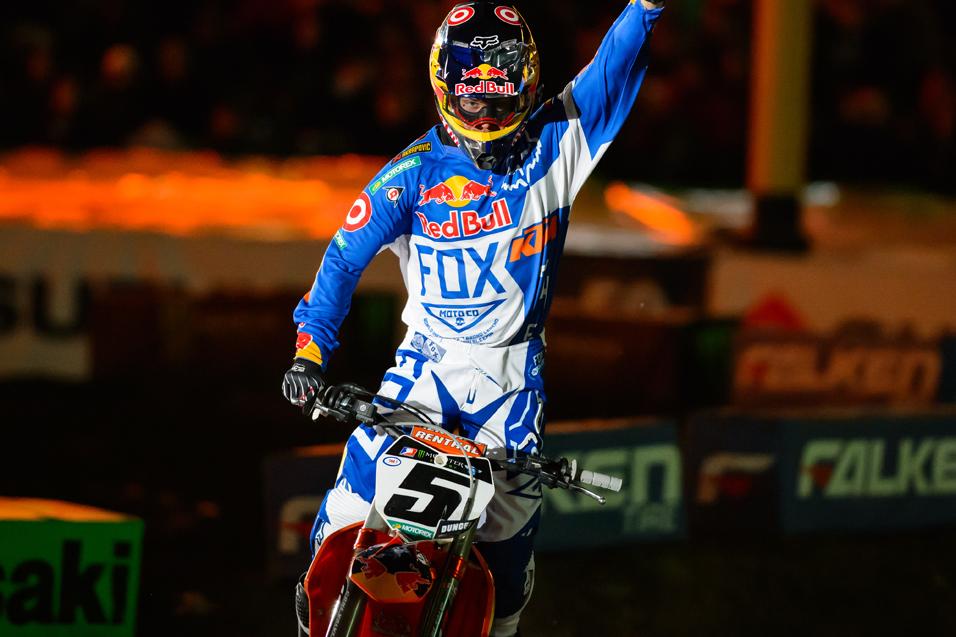 On the Radar
Although Millsaps finished second overall in the points last year, he wasn’t exactly on the short list of riders expected to battle up front at A1. But win he did, on non-factory equipment to boot. It was the first win for Millsaps since he was victorious in the mud at San Diego in 2010. He won't be sneaking up on anyone this time, but, he rode way too well all day and night at A1 for his victory to be considered a fluke. Can he do it again?

Zach Attack
If you only look at the results from A1, Zach Osborne’s finish (seventh) wasn’t particularly impressive. After all, he was able to post better finishes several times in his limited time in the series last year. But when you take into account the fact that Osborne bounced off his teammate Eli Tomac on the start and came from the very back of the pack for that seventh, suddenly his result looks pretty good. He was easily the fastest rider out there over the final few laps. Expect Osborne to be a factor in the podium shakedown this weekend. 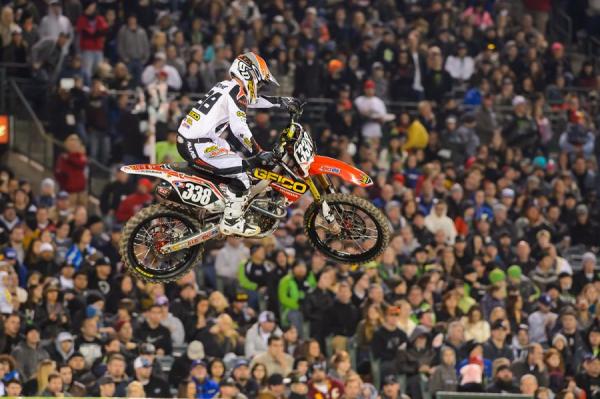 Osborne had the speed in Anaheim, but some tough luck got in his way. Will he rebound in Phoenix?
Simon Cudby photo

Davalos’ Do Over
Poor Martin Davalos. He’s got all the speed he needs to set fast laps in practice and win heat races, but when the main rolls around it seems as though something always happens to ruin his race. The trend held true at Anaheim when Jessy Nelson’s big crash right after the first turn triggered a chain reaction that resulted in a crushed pipe and broken crossover tube on Davalos’ radiator. Can Davalos break the curse this weekend in Phoenix?

Dunge Airs It Out
Villopoto crashed, Stewart was hobbled and Reed still didn't look back to his old form. But Ryan Dungey was right where he needed to be during the Anaheim 1 main event, but could't sustain enough of an attack to get from fourth to first. Is this a sign that the likes of the "Big Four" will be beatable all season long? Was Dungey just learning the ropes of his 2013 program--like that new air shock on the back of his KTM?

The Dirt
Phoenix is notorious for its unique desert soil. It’s hard, slick and requires excellent throttle control, and with the stadium’s retractable roof, weather is guaranteed not to be an issue. Having precisely the right bike setup and tire choice, as well as rider patience, is key. Who will rise to the occasion in Arizona this Saturday night? 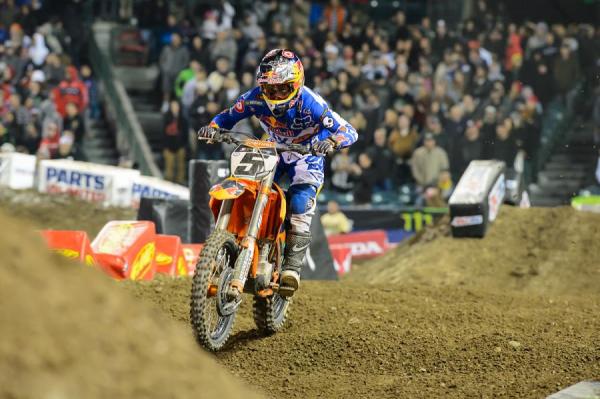 What Ryan Dungey will we see in Phoenix?
Simon Cudby photo

No Reed To Worry
The last time Chad Reed finished fourth or worse at a season opener was 2011. He finished fifth at A1 that year—but later went on to capture two race wins, hold the red plate and finish second in points, just four behind Ryan Villopoto. Reed is the ultimate veteran. He knows when a fourth is adequate, and when he needs to rev the limiter up a few notches. In a 17 round series, a fourth at the opener isn’t a sign of the apocalypse. Considering he’s coming off a major knee injury a year ago, and has only raced four times since February 2012, expect Reed to look a lot more like the Chad Reed of old in Phoenix.

Leiber Fever
After an off-season filled with turmoil, Rocket Exhaust’s Michael Leib was able to put the distractions to rest at the opener. Although he secured two top ten’s in four races last year before leaving to contest the FIM World Motocross Championships, Leib’s finish was somewhat of a surprise considering the amount of time he had on the bike before Anaheim. “Probably about a week [on his new bike], so not much time. I race dirt bikes—that’s what I do, and I really don’t think that much will be different about it,” Leib told Racer X two weeks before the opener. With another week of prep under his belt, will Leib’s rise up the results page continue in Phoenix?

The Return
Earlier this week James Stewart confirmed via Twitter that he would race this weekend after suffering a knee injury in practice at Anaheim. Although specific details on the injury have yet to be disclosed, Stewart appeared to be in obvious pain last Saturday night, as he limped (no pun intended) to an eighth in the main. Will a week of rest provide a healthy Stewart, or will the effects of last week loom large? 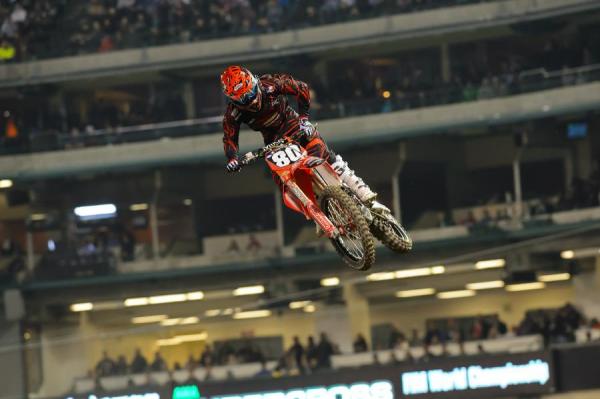 Jitters Begone
Everyone expected flash and fireworks from Justin Barcia's 450SX debut, but instead he rode steady in third for most of the race before a late crash dropped him to seventh. Turns out even the Wild Child isn't immune to Anaheim 1 nerves, and those in his camp say he'll be much more relaxed in Phoenix. Similarly, Cole Seely admitted the nerves got the best of him in his first race back from a kidney injury suffered last year, and hopes he'll improve on his third-place finish in 250SX from Anaheim this weekend.

Continuing Momentum
Anaheim provided a glimpse of what the 2013 season should offer: depth, and plenty of it. Millsaps and Canard added to the parity at the opener, with the likes of Weimer, Brayton, Grant, Short and Windham lurking, waiting for the next opportunity. Will that opportunity present itself in Phoenix for one of the aforementioned riders above? If you're a betting man, chances are slim. But who had Millsaps and Canard going 1-2 at the opener?