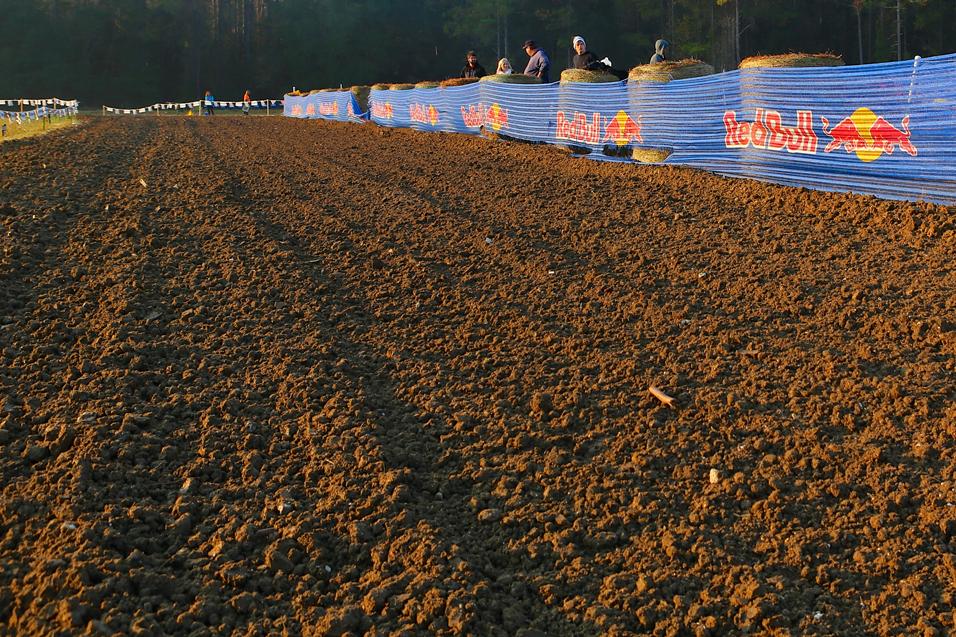 Advertisement | Advertise with Us
Chris O'Neal has been helping us with pro Privateer Profile pieces for this website for a few years, but he decided to head to the Mni Olympics in Gainesville, Florida this year to check out the amateur national scene. He left with this List of topics stuck in his head after nearly a week of top-level amateur moto.

10. Vendors: With all the vendors and companies set up, the race reminded me of an outdoor trade show. Lazydays RV brought in a huge fleet of RV's for people to checkout and I even heard of one photographer crashing in the demo rig for the night. Free stickers and product were being handed out in every direction, and the custom iPhone stickers were a hot concept among the younger crowd. The food vendors were exactly like the ones you see at a fair, but if you looked closly enough, there was a little Cuban sandwich place that easily had the best food. Needless to say, all the displays added something fun to watch outside of the racing itself.

9. Beverages: The very first day at Mini O's, Red Bull girls we're walking around giving out free four-packs to every camper. That was just the beginning. There were natural energy drink stations, free water in a variety of pits and places, and every family I talked to offered me something to drink. By the end of the week, I consumed more energy drinks, gatorades, waters and sodas than I ever have in my life!

8. Lingering Sounds of Two-Strokes: From 8 a.m. sharp until security shut everyone down at night, you could hear two-strokes ripping constantly. An amateur national is living proof that the two-stroke isn't dead, with full classes of 125s and 85s running throughout the week. I can still hear the Schoolboy holeshot if I close my eyes for too long. 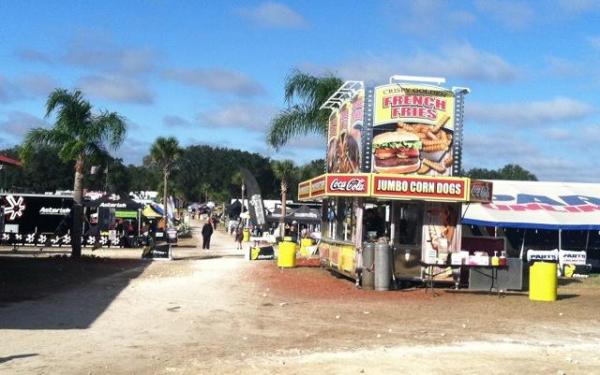 7. Tracks: If you don't know by now, half of the Mini O's takes place on a supercross-style track and the other half on the national motocross track. More than half of the racers only raced the motocross track. It was interesting to see who excelled on the different tracks throughout the week. When the racing was over, the top guys won championships in both, but some racers only did well on one or the other. Changing tracks at mid-week adds some excitement to the event, and everyone was excited to let it hang out and get a second chance at winning a title.

6. Motorhomes: Thousands of motorhomes with trailers lined the many rows of parking. The sport has really evolved in the way the average racer gets to the track. It's not uncommon to have a pristine huge motorhome for the whole family with a race trailer full of bikes in tow. Long gone are the days of showing up in a van and winning your class. Semi trucks, race trailers and huge support teams have replaced the trucks, box vans, and small trailers. In fact, many top riders now have motorhomes with trailers, but their bike stays under the big rigs with the teams! Boy have the times changed.

5. Security: They have a tough job with over 6000 people coming through the gate, and every camper has to be personally parked by a security gate on a quad. Pit bikes, golf carts, cars, trucks, quads, and bikes were going in every direction. At the intersection past the entrance gate, there was security directing traffic and it was hectic! And along the fence at the end of the parking area, the “burn out” area, where people can warm up and dial in their bikes, hosted constant start practice.

4: Kids Will Be Kids: When the racing was over around dusk, it was time for the kids to have fun on motorized pit vehicles. One night I saw a train of at least 30-50 golf carts and Kawasaki Mules packed with kids. It looked a little crazy, but you could tell they were having fun and it got me to thinking that if I was that age, I would have had some fun doing the same thing! And real partying wasn't a big factor because everyone was racing the next day. For the most part, the pits had chilled out by 9 or 10 p.m. each night. 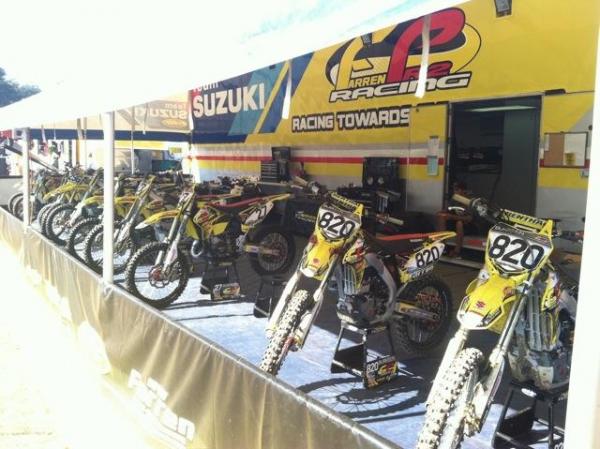 3. Excuses: I haven't been to an amateur national in many years, and I had forgotten about the excuses riders and families will make when things don't go well. You hear too much talk about one bike or another, and the classic quote of the week was, "How can we beat a guy that has a bike like that?" Everyone seemed to worry about the other riders more than themselves. What happened to the days when someone like Doug Henry would show up with the bike in a beat up van, sleep in that van, and be just happy to be there? The guys who won titles were only focused on themselves, and the results showed. Kids take notes, cause this is one of the keys to success in motocross!

2. International Riders: I met so many nice people from South Africa, Venezuela, Jamaica, Brazil, Mexico, Canada, Australia and New Zealand that it was hard to remember them all. It kind of reminded me of the Motocross of Nations. Everyone was so respectful and happy to be there that is was impossible to not like them. It just goes to show that if riders are coming from all over the world to race amateur in the States, then the motocross scene here is growing more every year and that's a good thing.

1. Parent's Want versus Rider's Heart: It's very clear that everyone racing a big event like this takes it seriously. But there is always an issue figuring out if the parents or the kids want it more. I talked to plenty of riders and families to get interviews, stories and just to meet people from all over the world. Most of the riders had that fire inside and love for the sport that I truly believe is key to success. But I also saw a kid who was being forced to race. His heart was not into it at all and at one point I asked him if he even wanted to be there. His response was, literally, "No, I hate it and my parents force me to ride." I was shocked and intrigued at the same time. Money was no object, he had no concept at all in its value and most people would do anything to be as fortunate as he is. He told me that he hoped to do badly at the race so his parents would finally give up on him. I talked to the father and he was so blinded by his own passion for the sport that he didn't want to hear it. That's when I walked away and never looked back. In motocross you have to want it more than anyone else to be successful and you can't make a rider want it. It has to come from the heart, not the wallet.

In Addition: Nothing brings together the motocross community more than losing a fellow competitor. Christopher "Jantz" Grodzicki #96 he has been on everyone's mind and prayers these last couple days. There is nothing worse than when this happens and he will be forever missed. R.I.P. Jantz.